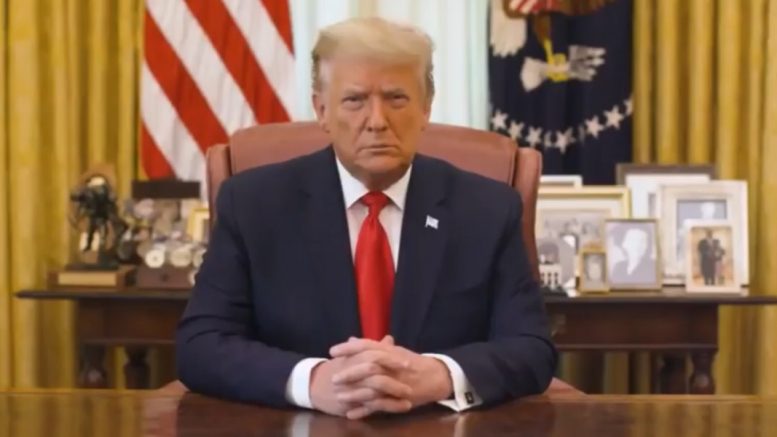 Sidney Powell is reportedly being considered to serve as “special counsel overseeing an investigation of voter fraud,” according to a report by the New York Times.

President Trump’s allies have floated the idea of authorizing an executive order that would require the appointment of a special counsel to investigate the election if foreign interference is suspected to have happened, as we previously reported at The Freedom Times.

Social media was sent into a frenzy back in November when Ms. Powell insisted that she is “going to release the Kraken” on all entities and people who were involved in the alleged effort to “overthrow” President Trump through manipulating America’s voting system.

Sidney Powell has since described “the Kraken” as a “mythical sea monster that can destroy anything in its path,” and first heard the term from a line in a movie.

“I have been released to go after all of the fraud I can see and find,” Powell told Newsmax host Grant Stinchfield just two weeks ago.

Meanwhile, DNI John Ratcliffe purportedly told CBS News last week that there was foreign influence from China, Iran and Russia in November in the 2020 election, which if true, would open the door to President Trump invoking Executive Order 13848, titled “Imposing Certain Sanctions in the Event of Foreign Interference in a United States Election”, as previously reported by this publication. Continued Below

Such an executive order would require an investigation of suspected foreign interference that is believed to have taken place. And it appears President Trump could be leaning towards Sidney Powell heading such effort as the New York Times reported in their report that Trump discussed naming Ms. Powell as special counsel in a conversation that is said to have taken place in a meeting last week.

The Commander in Chief took to Twitter Wednesday evening, floating the idea of appointing a Special Counsel to examine “voter fraud in the 2020 Presidential Election”.

“After seeing the massive Voter Fraud in the 2020 Presidential Election, I disagree with anyone that thinks a strong, fast, and fair Special Counsel is not needed, IMMEDIATELY. This was the most corrupt election in the history of our Country, and it must be closely examined!” the president declared. Video Below

#BREAKING
CBS News Senior Correspondent @CBS_Herridge reports that @DNI_Ratcliffe has "told CBS News that there was foreign election interference by China, #Iran, and Russia in November of this year [2020]."

The Commander in Chief released a video message Tuesday evening in the wake of the November election, explaining why he is “so determined to pursue every legal Constitutional option available to stop the theft of the presidential election”.