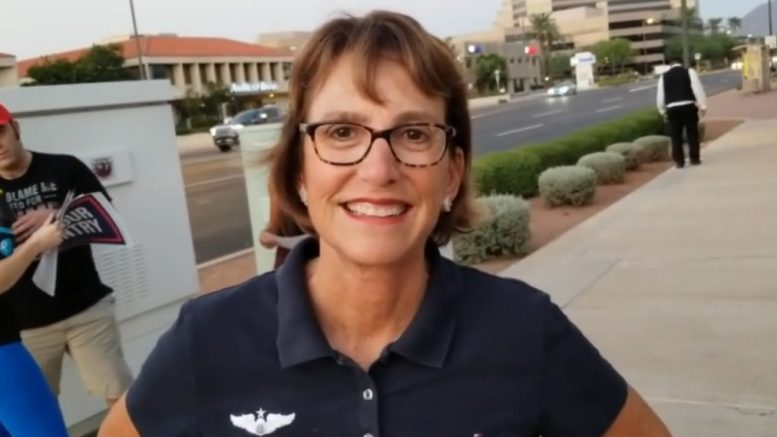 Maricopa County Board of Supervisors agreed to settle with the Arizona State Senate on Friday after failing to comply with a subpoena related to the 2020 election audit.

AG Brnovich determined in his investigation that the Maricopa County Board of Supervisors (MCBOS) violated state law for failing to comply with the Arizona Senate’s legislative subpoena related to the 2020 election audit, and he warned them to resolve the violation within 30 days or risk losing millions of dollars of their revenue share from the state.

On Friday, Sen. Fann posted a statement to her Twitter account indicating Maricopa County reached a settlement with the Arizona Senate, where they agreed to the initial demands of the subpoena.

“Under threat of losing hundreds of millions of dollars in revenue sharing, today Maricopa County settled with the State Senate, in a victory for election integrity and the Arizona taxpayer,” state Senate President Karen Fann said a statement. “The agreement sets up a Special Master paid for by the County, who will get the answers to questions the Senate has had concerning the routers and splunk logs used in the 2020 election.”

The statement went on to read, “In addition, the county has agreed to drop its notice of claim of $2.8 million to replace election equipment delivered to the Senate required in the January subpoena.”

Arizona State Senator Wendy Rogers summed up the settlement in one simple statement.

“Summary: We won,” Sen. Rogers tweeted. “They dropped their $2.8 meaningless claim for the machine replacement. We get the routers and spunk logs. Cyber Ninjas has full access. Maricopa caved.”

Summary: We won. They dropped their $2.8 meaningless claim for the machine replacement. We get the routers and spunk logs. Cyber Ninjas has full access. Maricopa caved.

Moments later, Sen. Rogers blasted the “Fake News” in Arizona, suggesting they are in “meltdown mode” over the settlement.

Soros #FakeNews in AZ is in meltdown mode tonight. They lost their weekend because of the Maricopa settlement and they will lose next weekend because the #AZAudit drops the upcoming Friday, too. Two weeks of #MockingbirdMedia meltdown.

In ending, here are three main points Sen. Rogers said are “all you need to know” about what the Maricopa County settlement means:

All you need to know:

President Trump told us to get the routers. We are getting them. Appropriate: https://t.co/NLob7cArQw