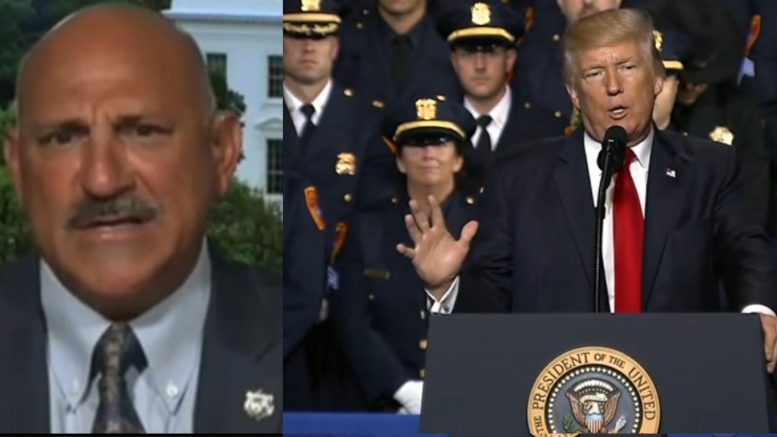 The largest police union that represents an estimated 30,000 officers in Florida has made the decision to endorse President Donald Trump’s re-election bid.

On Friday, John Kazanjian, the union’s president, revealed to Fox & Friends how the spontaneous vote to endorse Trump came about in the first place.

Related Article: Jesse Watters Highlights ‘Tangible Results’ Of The Anti-Police Movement: “Has It Been A Bust?”

“Last week, I called an emergency meeting, and I got all the chapter and charter presidents and the board of directors together and…I spelled it out about what’s going on in not just Florida, but inside of this country,” Kazanjian said. “We’re getting beat up. We’re being used like a punching bag and we’re tired of it. And President Donald Trump has been there for us. He suppoorted us.”

“As soon as I opened it up, I got a motion — a motion to endorse President Trump for this 2020 presidential election,” he added.

“And believe it or not, we got a unanimous vote,” Kazanjian said. “So, that carried a lot of weight.” Video Below

Rep. Greg Pence On The Articles Of Impeachment Vote: “BullSh** To The Fourth Degree”