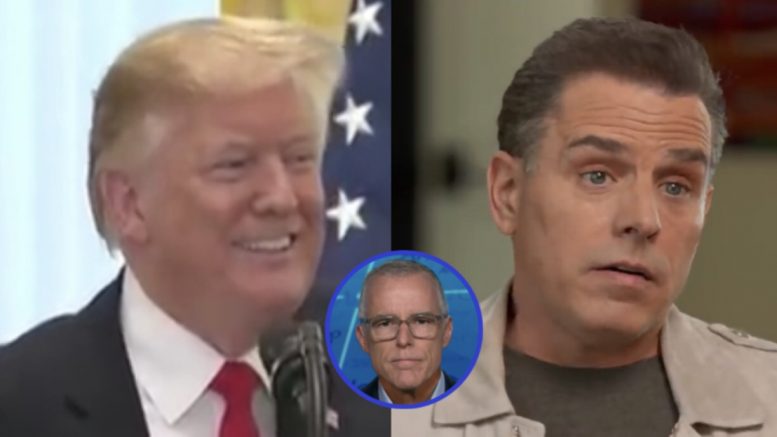 McCabe was terminated by former Attorney General Jeff Sessions two days before his formal retirement was set to kick in for leaking Hillary Clinton’s use of her private email server while she was secretary of State.

“Pursuant to Department Order 1202, and based on the report of the Inspector General, the findings of the FBI Office of Professional Responsibility, and the recommendation of the Department’s senior career official, I have terminated the employment of Andrew McCabe effective immediately,” former Attorney General Jeff Sessions said in a statement in 2018.

“After an extensive and fair investigation and according to DOJ procedure, the Department’s Office of the Inspector General (OIG) provided its report on allegations of misconduct by Andrew McCabe to the FBI’s Office of Professional Responsibility (OPR),” Sessions said.

“The FBI’s OPR then reviewed the report and underlying documents and issued a disciplinary proposal recommending the dismissal of Mr. McCabe. Both the OIG and FBI OPR reports concluded that Mr. McCabe had made an unauthorized disclosure to the news media and lacked candor − including under oath − on multiple occasions,” he stated. Continued Below

“The FBI expects every employee to adhere to the highest standards of honesty, integrity, and accountability. As the OPR proposal stated, ‘all FBI employees know that lacking candor under oath results in dismissal and that our integrity is our brand'”, Sessions added.

In a statement on Friday, 45th President Trump asked, “Isn’t it terrible that all of Andrew McCabe’s benefits, pensions, salary, etc., were just fully reinstated by the Justice Department? This is yet another mockery to our Country.”

“Among other things, McCabe’s wife received hundreds of thousands of dollars in campaign contributions from Hillary Clinton and the Democrats while Crooked Hillary was under investigation, which was quickly dropped, of course. What a bad chapter this has been for the once storied FBI—I hate to see it happening, so many GREAT people work there,” Trump said. Continued Below

“Next thing you know the two lovers, Peter Strzok and Lisa Page, will be getting awards for what they did, and Hunter Biden will be given a clean bill of health on everything done by him, with everyone to receive as payment a beautiful Hunter Biden inspired painting selling at your local art gallery for $500,000,” the 45th President predicted.

“While I have never painted before, Hunter has inspired me to immediately begin painting because I’ve always felt I have a talent at that, and could surely get at least $2 million dollars per canvas—and probably a lot more. I will begin immediately. Our Country is crooked as hell!” he declared.

According to The Hill:

Prosecutors never charged McCabe with making false statements to the police with a settlement reached Thursday that gives McCabe his full retirement benefits. He will also get his missed pensions, around $200,000, and the government will pay the $500,000 attorney fees from the case.

The settlement did not have the Justice Department admit to any wrongdoing.

“Politics should never play a role in the fair administration of justice and Civil Service personnel decisions,” McCabe said Thursday. “I hope that this result encourages the men and women of the FBI to continue to protect the American people by standing up for the truth and doing their jobs without fear of political retaliation.” 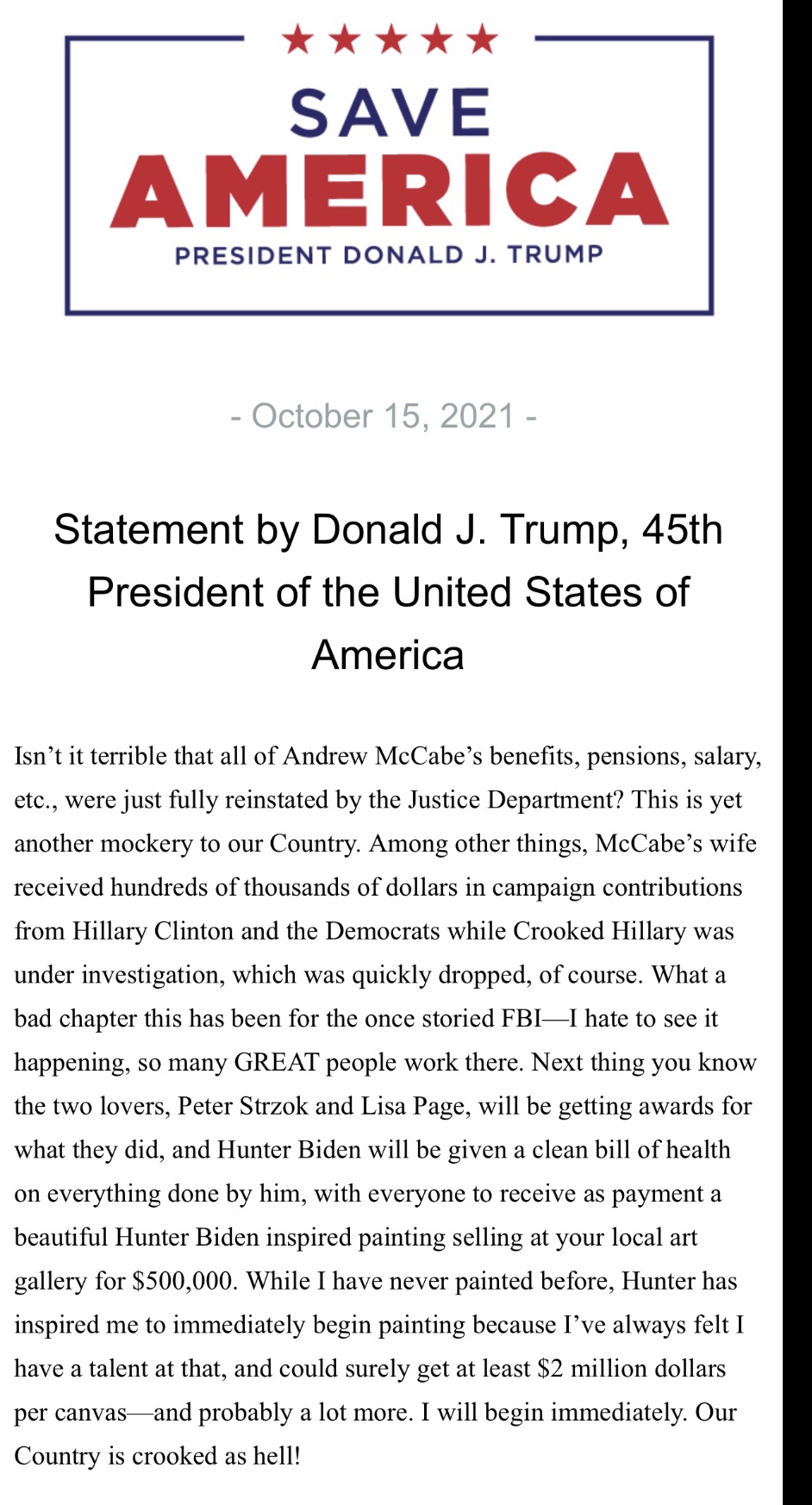 WATCH: Rep. Cawthorn Delivers Pizza To Soldiers Sheltering In Parking Garage, Offers For Them To Sleep His Office