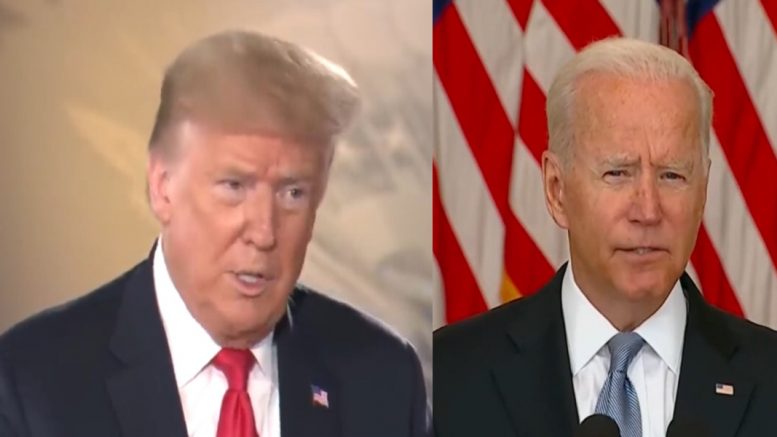 45th President Donald J. Trump, in a Friday email statement from his “Save America” PAC, said that “Joe Biden must apologize to America” after he “handed over” billions of dollars of U.S. military equipment to the Taliban.

On Thursday, days after the botched withdrawal from Afghanistan, the Taliban seized dozens of aircraft and thousands of weapons, vehicles, and pieces of high-tech equipment that were funded by the U.S. government, Tampa Free Press reported.

Billions of dollars worth of military equipment that the U.S. gave to the now-defunct Afghan military has been obtained by Taliban insurgents, officials with knowledge of the situation told Reuters. The massive weapons stockpile left behind in the Middle Eastern nation includes valuable technology such as night-vision goggles, unmanned aerial vehicles, and Black Hawk combat helicopters.

Current and former officials said the federal government is increasingly concerned the technology could be obtained or sold to U.S. enemies like Iran, China, and Russia which have vowed to maintain a diplomatic relationship with the insurgents who now possess the weaponry, Reuters reported.

“Joe Biden must apologize to America for allowing the Military to leave before civilians and for allowing $85 Billion dollars worth of sophisticated Military equipment to be handed over to the Taliban (and Russia and China so they can copy it) rather than bringing it back to the United States!” President Trump said in a Friday statement.

Trump also accused Biden of surrendering to the Taliban and asked again if he will apologize for “the greatest tactical mistake in history” as Biden pulled out U.S. military before Americans in Afghanistan. Continued Below

“Afghanistan under Biden was not a withdrawal, it was a surrender. Will he apologize for the greatest tactical mistake in history, pulling the Military out before our citizens? the 45th Commander in Chief wondered.

“Leaving Americans behind for death is an unforgivable dereliction of duty, which will go down in infamy,” he said.

In another statement on Friday, Trump declared, “This Afghanistan Disaster wouldn’t have happened with Trump. The Taliban knew I would rain down fire and fury if any American personnel or interests were harmed, the likes of which have never been seen. This is a catastrophe of historic proportions.” Continued Below

Former Secretary of State Mike Pompeo told Fox News’ Sean Hannity on Friday, “This a debacle of significant proportions. We haven’t seen anything like this in the United States in an awfully long time.”

“America has the tools to fix this. Our military could certainly figure out a way to go get [Americans] back and to destroy some of these billions of dollars of equipment that we left behind, but it’s going to take American resolve and leadership, and President Biden has refused to show this for the entire time,” he said. 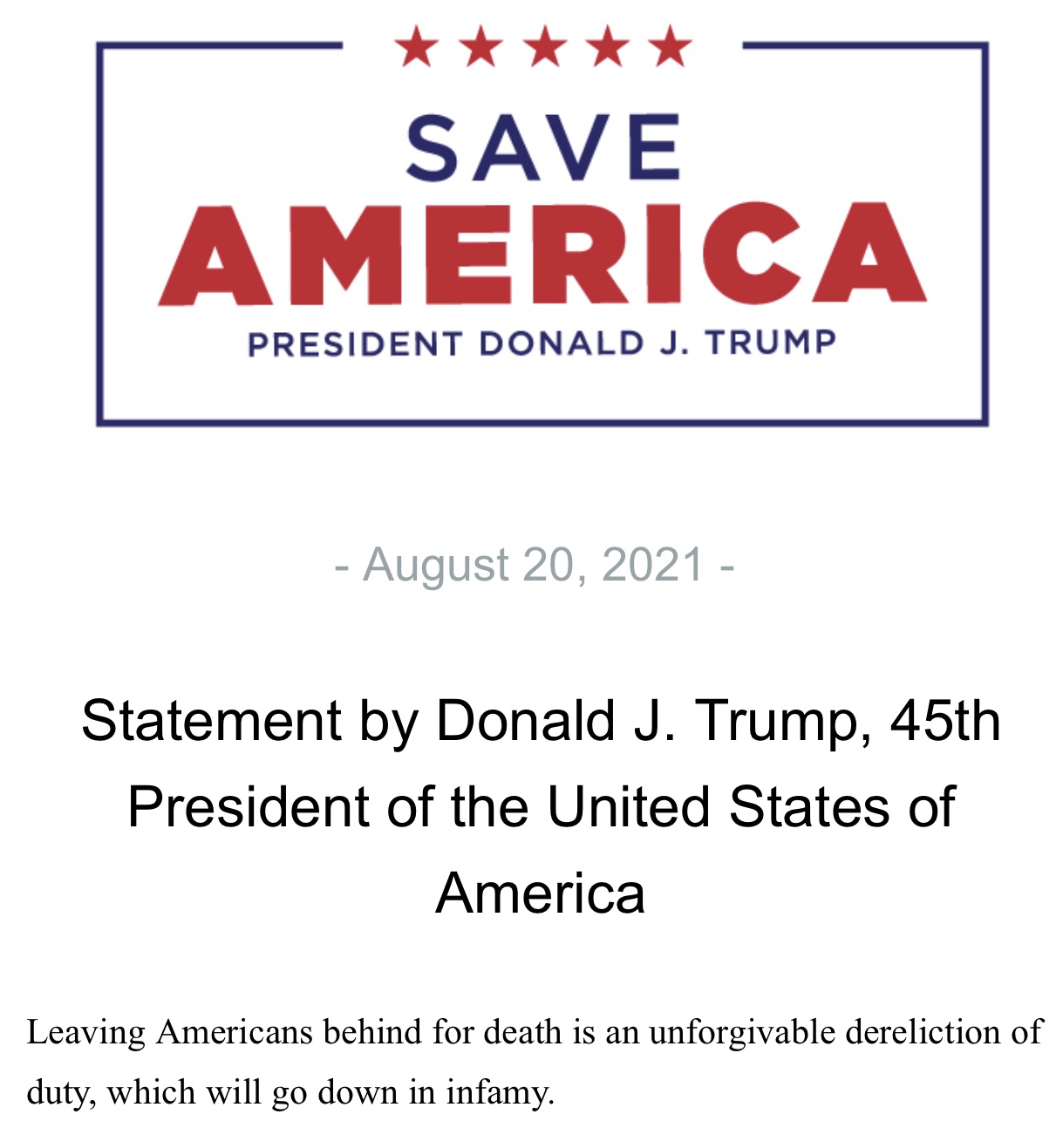 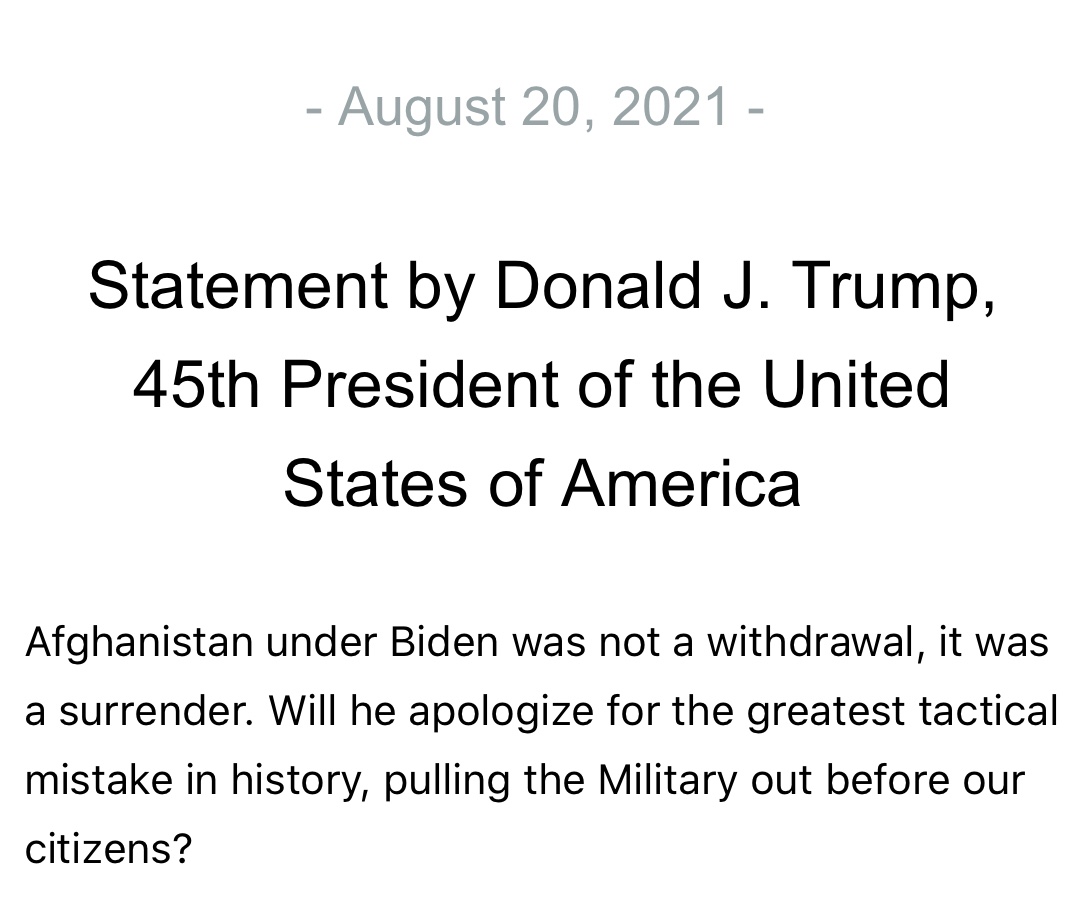 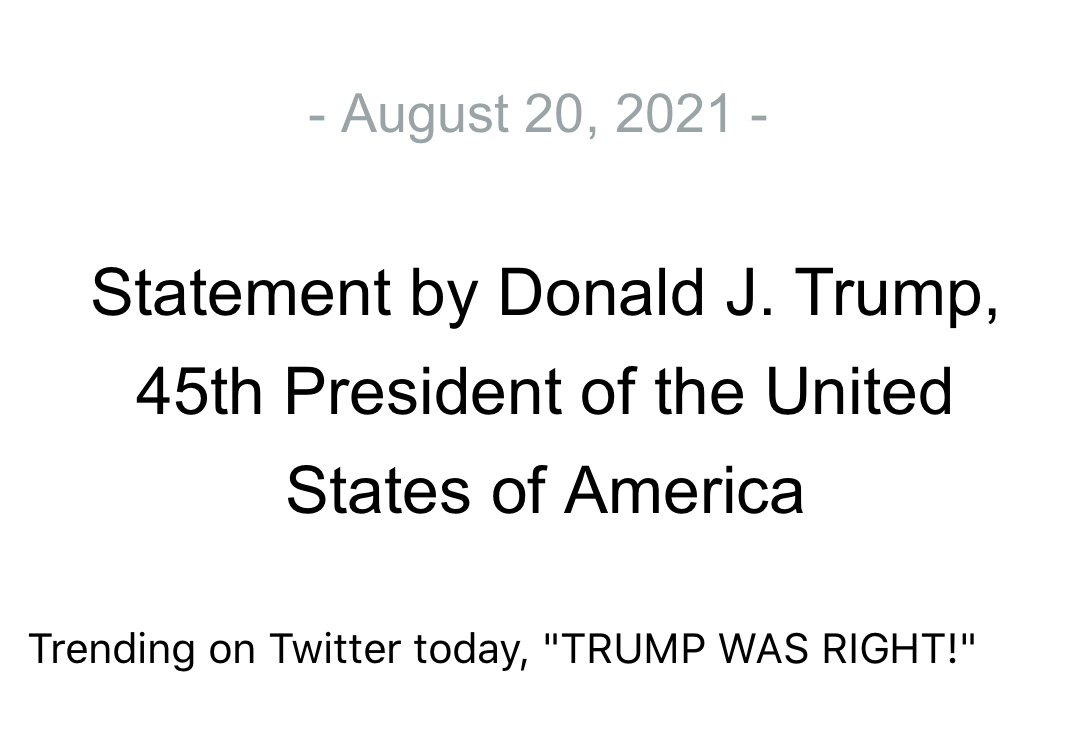 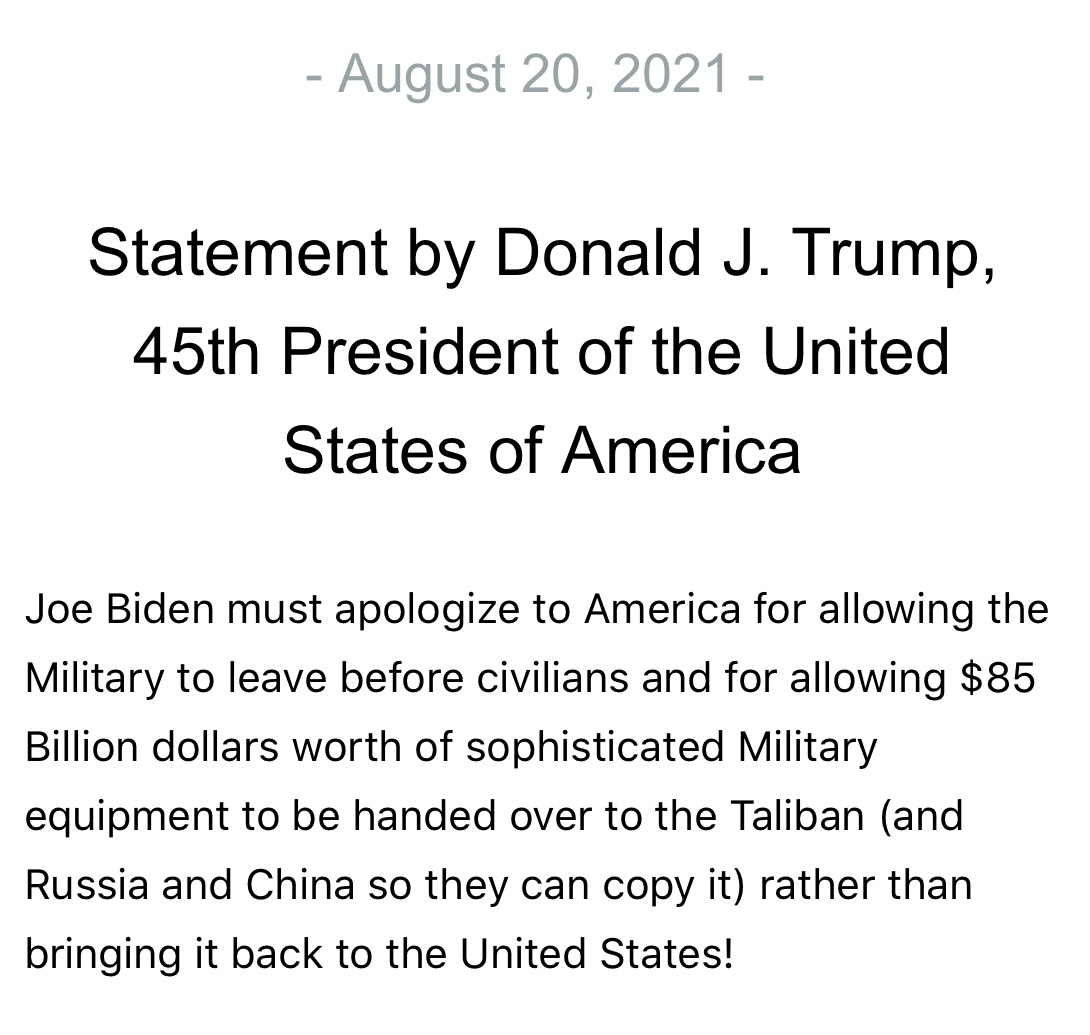 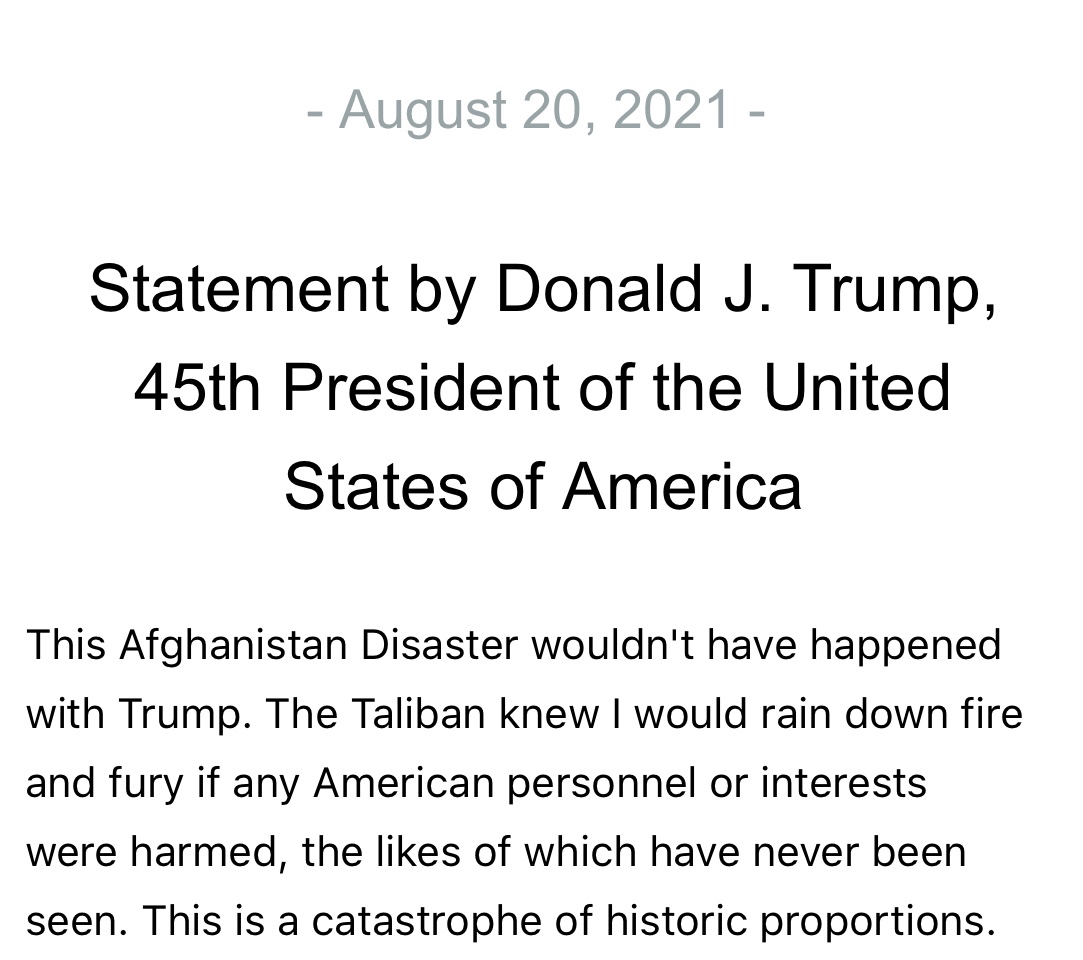