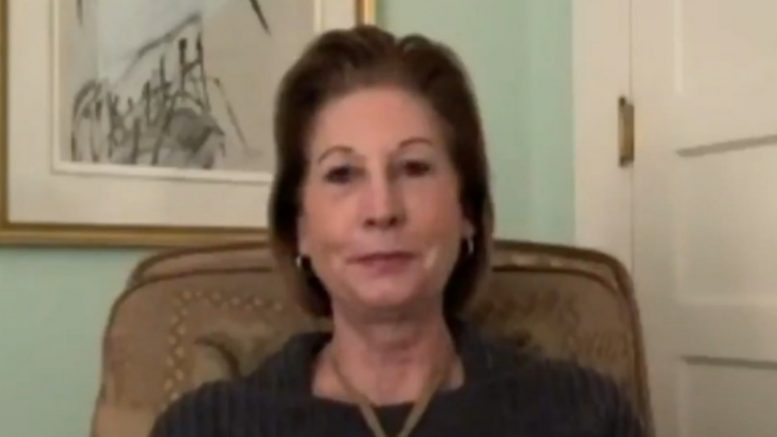 Attorney Sidney Powell indicated that she has gained access to a “huge bag of shredded ballots” as part of her investigation into alleged election-related fraud in Georgia.

Powell made the claim while appearing on Newsmax, where she gave an update on her legal battle in Georgia.

“One of the things we want and have been trying to get with great opposition is the voting machines to be secured all across the state of Georgia,” Powell said.

“There’s massive evidence of the shaving of votes from Trump to Biden exists in those machines except to the extent they’ve been erasing things and destroying evidence as fast as they can do it,” she added.

“I have in my office right now, a huge bag of shredded ballots,” Ms. Powell revealed. “I can’t wait to see what that discloses. And there are more on the way — Cobb County, Gwinnett County.” Video Below

In ending, here are videos showing garbage bins full of documents being dumped in a shredding truck that was apparently parked outside of Cobb County’s Elections and Voter Registration Center: