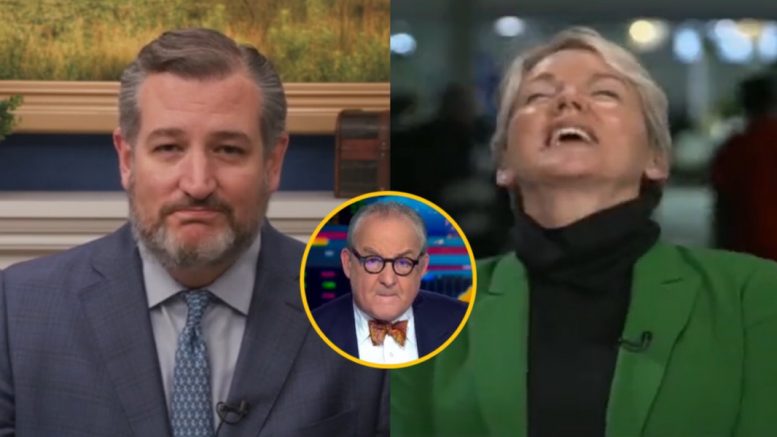 Energy Secretary Jennifer Granholm on Friday, burst out laughing when asked about the Biden administration’s plan to address rising gas prices during an interview on Bloomberg Television.

“In Sturgis, Michigan, it is $2.89 a gallon. I guess that’s better than in California. What is the grand home plan to increase oil production in America?” Thomas Keene, host of “Bloomberg Surveillance” asked Granholm.

Jennifer Granholm responded by laughing, then saying, “That is hilarious. Would that I had the magic wand on this.”

“As you know, of course, oil is a global market. It is controlled by a cartel. That cartel is called OPEC, and they made a decision yesterday that they were not going to increase beyond what they were already planning,” she said.

On Tuesday, 78-year-old Joe Biden also blamed rising gas prices in America on Russia and the Organization of the Petroleum Exporting Countries (OPEC), as previously reported by The Freedom Times.

“If you take a look at the, you know, gas prices and you take a look at uh, oil prices, uh, that is a consequence of, thus far, the refusal, of uh, of uh, Russia or uh, or the OPEC nations to um, pump more oil,” Biden alleged. Continued Below

Soon after taking office, however, Biden signed an executive order pausing new oil and gas leasing on federal lands in an effort to reportedly combat climate change. In June, the Interior Department led by Secretary Deb Haaland also suspended the Coastal Plain Oil and Gas Leasing Program in the ANWR “pending completion of a comprehensive analysis under the National Environmental Policy Act (NEPA)”, also previously reported by The Freedom Times.

Additionally in June, the developer of the Keystone XL pipeline announced it was pulling the plug on the project after the Biden administration revoked its permit in January for the 1,210-mile pipeline that would have delivered crude from Canada’s Alberta oil sands to refineries on the Gulf Coast.

Biden, on his first day in the White House, revoked the permit that President Donald Trump granted to Keystone XL and also moved to re-enter the United States in the Paris climate agreement. TC Energy warned at the time that the decision by Biden would “directly lead to the layoff of thousands of union workers”, as previously reported by this publication. Continued Below

On energy, President Donald Trump Made America Great Again. In 2019, after 62 years, the United States achieved energy independence, meaning that as a nation we produced more energy than we consumed. In 2019, the United States produced more oil and more natural gas than either Russia or Saudi Arabia. In fact, in June 2020, the U.S. actually exported oil to Saudi Arabia! American Energy Alliance reported.

Granholm: “That is hilarious. Would that I had the magic wand on this.” pic.twitter.com/P1qknxzoWO

Americans aren’t laughing when they go to fill up and see gas prices at the highest level since 2014. https://t.co/U3P2PrRRIO