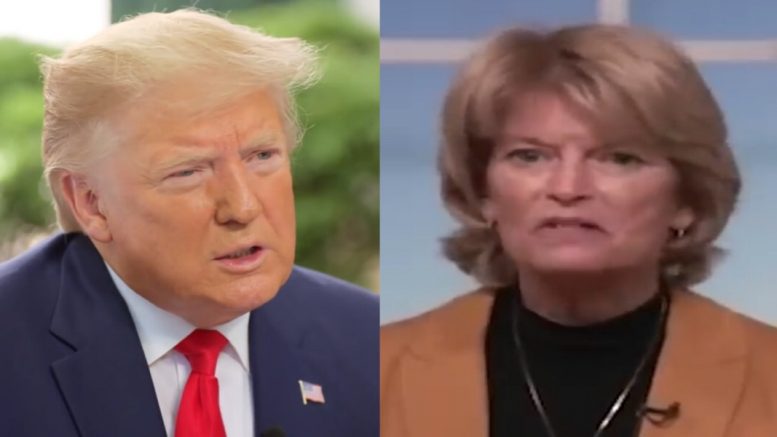 The 45th Commander-in-Chief issued a statement via email from his “Save America” PAC on Monday, slamming Senator Lisa Murkowski (R-AK) because she “has cost the great people of Alaska billions and billions of dollars by voting for Radical Left Biden appointees”.

“The Biden administration’s actions are not unexpected but are outrageous nonetheless,” Murkowski said in a statement Tuesday. “Suspending leases in Alaska’s 1002 Area is in direct conflict with the 2017 Tax Cuts and Jobs Act, through which Congress mandates an oil and gas leasing program be established on the non-wilderness Coastal Plain, and ordered at least two lease sales by 2024.”

However, both Murkowski and Sullivan voted to confirm Haaland in March, and Young introduced her at her confirmation hearing. Continued Below

In a statement on Monday, former President Donald Trump said:

Senator Lisa Murkowski has cost the great people of Alaska billions and billions of dollars by voting for Radical Left Biden appointees, which in turn led to the revocation of ANWR drilling, which Alaskans have been fighting to see happen for six decades. Not only did Murkowski kill the biggest economic stimulant for the State, but also one of the biggest energy producing sites in the world.

Nobody thought ANWR could be opened. We got it done, and she allowed it to be killed. She’s the best friend Washington Democrats ever had—and Alaska’s reward for that betrayal is an empowered Left coming after their wealth and jobs.

I think she will be met very harshly by the Alaska voters in 15 months, and I will be there to campaign against her! Continued Below

President Trump has previously said that he will travel to Alaska to campaign against Senator Lisa Murkowski if she decides to seek reelection in the the Last Frontier.

“I will not be endorsing, under any circumstances, the failed candidate from the great State of Alaska, Lisa Murkowski. She represents her state badly and her country even worse. I do not know where other people will be next year, but I know where I will be — in Alaska campaigning against a disloyal and very bad Senator,” he said in a statement to The Hill.

“Her vote to advance radical left democrat Deb Haaland for Secretary of the Interior is yet another example of Murkowski not standing up for Alaska,” the former president expressed over her decision.

In February, Murkowski drew her first GOP challenger, Kelly Tshibaka, the head of Alaska’s Department of Administration. Tshibaka has been working with some members of Trump’s former campaign team, Politico reported. 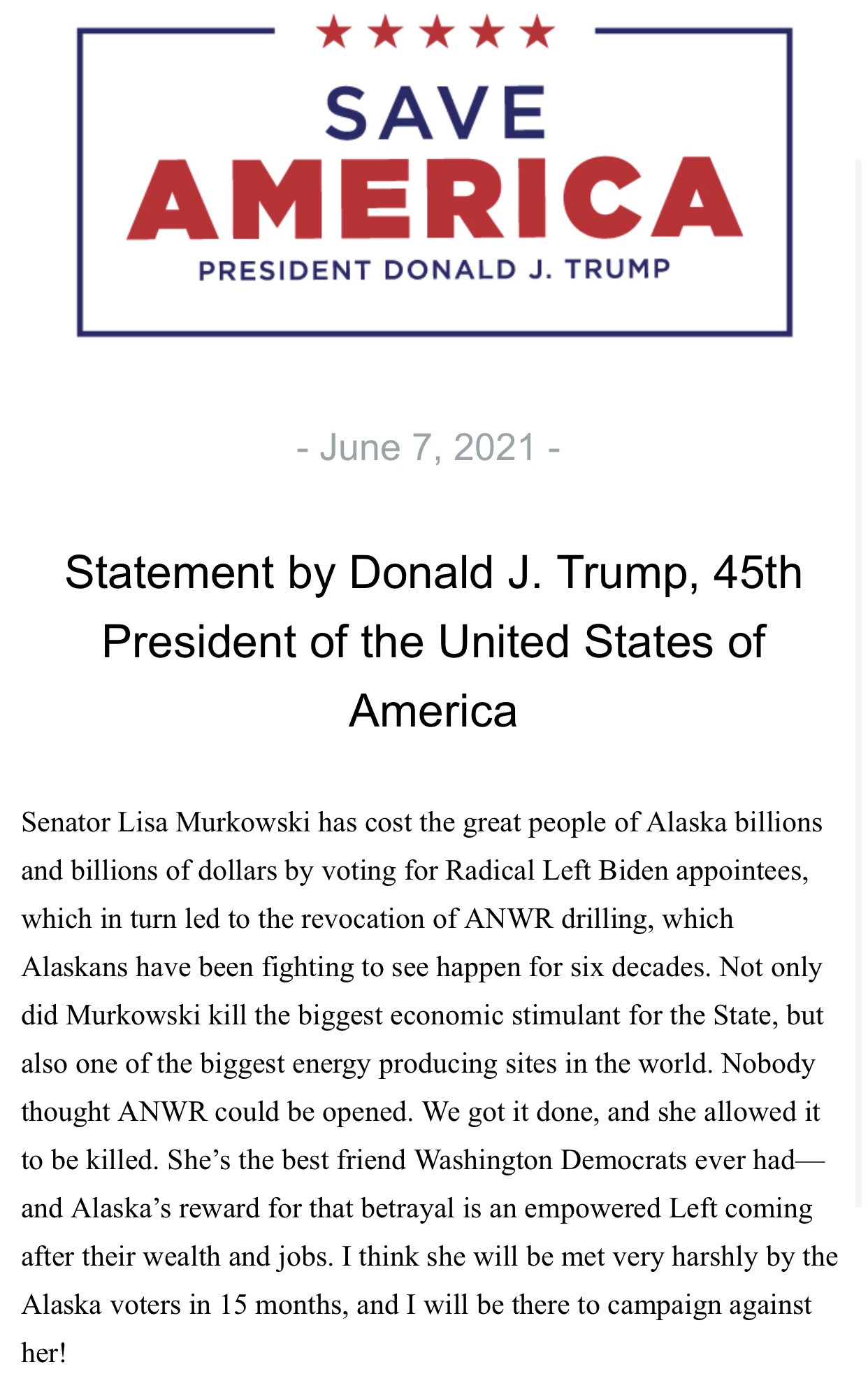 WATCH: Blumenthal Awkwardly Tries To Defend Himself After Tapper Calls Out His Filibuster Hypocrisy