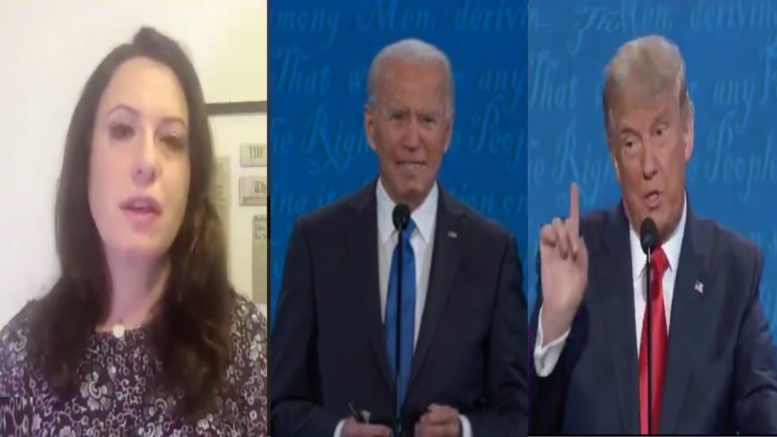 “He was against fracking,” President Trump said. “He said it … until he got the nomination, went to Pennsylvania, then he said — but you know what Pennsylvania, he’ll be against it very soon because his party is totally against it.”

After the debate, The New York Times’ Maggie Haberman weighed in on Biden’s remarks on CNN, saying, “I think that was a moment I think Joe Biden might end up regretting, depending on whether people believe that there is still enough time to suffer anything in this race.”

She added, “I think the Trump campaign, from the folks that I’ve heard from, are pointing to that moment. It’s something they hope to highlight in places like Ohio and Pennsylvania– in places where this might resonate with voters. I think that was an unforced error, and it is part of why they have been trying to force attention on Biden and what he will do in the coming years.” Video Below

Maggie Haberman on Joe Biden’s response to the oil industry:

The New York Times' Maggie Haberman: “Joe Biden might end up regretting” his pledge to end the oil industryhttps://t.co/qZfbQ1iaUZ pic.twitter.com/9dmKZX6zkx

Another voter in Pennsylvania told MSNBC of Biden’s energy plan, “All I could think about is that is going to cost the tax payers, and that is going to hit home harder for the middle class. He wasn’t being as honest as he says he’s being.”

PA voter on Biden’s dishonest energy plan: “that is going to hit home harder for the middle class”https://t.co/WnxSMVlrnI pic.twitter.com/ZZ9aK1aUk1