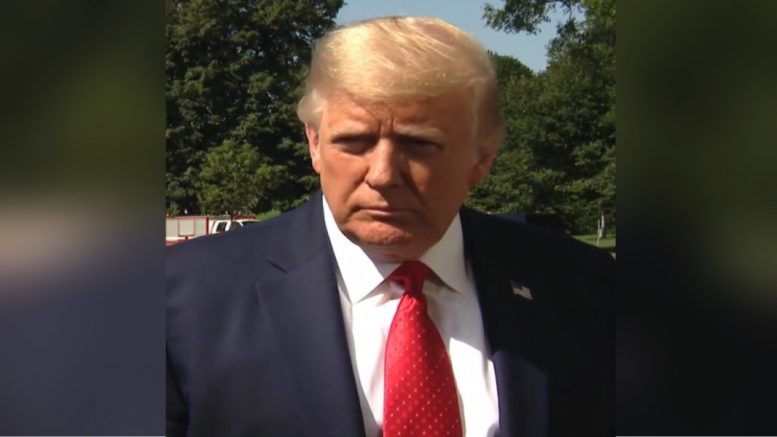 45th President Donald Trump told Chris Stigall, host of Philadelphia’s Morning Answer on Thursday that he does not “recommend” Covid-19 jabs for children.

Trump’s remarks come after the Centers for Disease Control and Prevention (CDC) “recommends that children between the ages of 5 and 11 years receive the Pfizer-BioNTech pediatric COVID-19 Vaccine”.

In the interview shared by 45th President Donald Trump’s official spokeswoman, Liz Harrington, on Twitter, Trump responded to the question of whether or not children would be good candidates for the rapidly-developed, emergency-use authorized Covid vaccine.

“May I ask you about children and the vaccine? They just released that information, that they’d like kids to go forward with the shot. Would you recommend child have the vaccine at this point or no?” Stigall asked Trump.

“I don’t think so. They’re strong. Their immune systems are strong. They’re not affected like, especially, older people that have some kind of a problem, whether it’s diabetes or something. Those people I definitely really strongly recommend, but children are different,” the former president said.

“…It’s just not the same problem with children. No, I would, generally speaking, not recommend it,” he added. Video Below

"They're strong, their immune systems are strong…children are different." pic.twitter.com/2Dp3Xs0Mxq

Former Housing and Urban Development Secretary Dr. Ben Carson also disagreed with the CDC’s recommendation that children get inoculated. Carson, who was the director of pediatric neurosurgery at the Johns Hopkins Children’s Center and rose to fame after successfully separating conjoined twins, told Fox Business’ Maria Bartiromo there isn’t information about the long-term impact of the vaccines, Newsmax reported.

“So this is really, sort of a giant experiment. Do we want to put our children at risk when we know the risk of the disease to them is relatively small but we don’t know what the future risks are? Why would we do a thing like that? It makes no sense whatsoever,” Carson said.

Dr. Ben Carson on vaccinating children: "This is really a giant experiment. Do we want to put our children at risk when we know that the risk of the disease to them is relatively small, but we don't know what the future [vaccine] risks are? Why would we do a thing like that?" 🔥 pic.twitter.com/jp5MK4iKXm