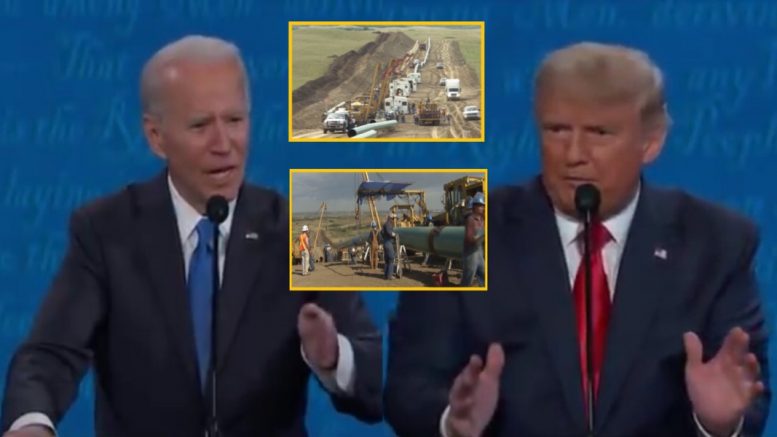 The developer of the Keystone XL pipeline announced Wednesday it is pulling the plug on the project after the Biden administration revoked its permit in January for the 1,210-mile pipeline that would have delivered crude from Canada’s Alberta oil sands to refineries on the Gulf Coast.

The 45th President issued a statement Friday via email from his “Save America” PAC responding to the news, urging Americans to “vote those people out of office immediately, and stop paying your union dues”.

TC Energy, the Canadian company behind the project, said it decided to terminate the project after a comprehensive review of its options and consulting with the government of Alberta, Canada. The company said it would coordinate with regulators, stakeholders and Indigenous groups to ensure a safe exit from the project, CNN Business reported.

78-year-old Joe Biden, on his first day in the White House, revoked the permit that President Donald Trump granted to Keystone XL and also moved to re-enter the United States in the Paris climate agreement. TC Energy warned at the time that the decision by Biden would “directly lead to the layoff of thousands of union workers.”

“It’s unfortunate that political obstructionism led to the termination of the Keystone XL Pipeline,” said Robin Rorick, vice president of midstream and industry operations at the API. “This is a blow to U.S. energy security and a blow to the thousands of good-paying union jobs this project would have supported.”

In his statement on Friday, former President Donald Trump wrote, “The union representing the great workers building the Keystone XL Pipeline endorsed Biden. Now their workers have no jobs and the pipeline, which was well under construction (like the Southern Border Wall), has been shut down, with thousands of jobs lost and the company announcing yesterday that they are ‘permanently pulling out.'” Continued Below

“You should vote those people out of office immediately, and stop paying your union dues. A total waste of money. And I said it was going to happen before the 2020 Presidential Election Hoax!” Trump declared.

Trump had approved a right-of-way permitting the $8 billion Keystone XL oil sands pipeline to be built across 46 miles of land controlled by the federal government, taking a giant step toward completing the full construction of the pipeline. Continued Below

As The Associated Press noted, the 1,200 mile pipeline had already garnered the requisite permits from states and localities to be built, but until the right-of-way the section in Montana controlled by the Bureau of Land Management and the U.S. Army Corps of Engineers had been off-limits.

The pipeline would have transported over 800,000 barrels of oil a day from Alberta, Canada, through Nebraska to refineries on the Texas Gulf Coast.

The Keystone pipeline was built in June 2010, traveling over 2,100 miles from Hardisty, Alberta, in Canada through Steele City, Nebraska, to Wood River Refinery in Roxana, Illinois, and Patoka Oil Terminal near Patoka, Illinois. 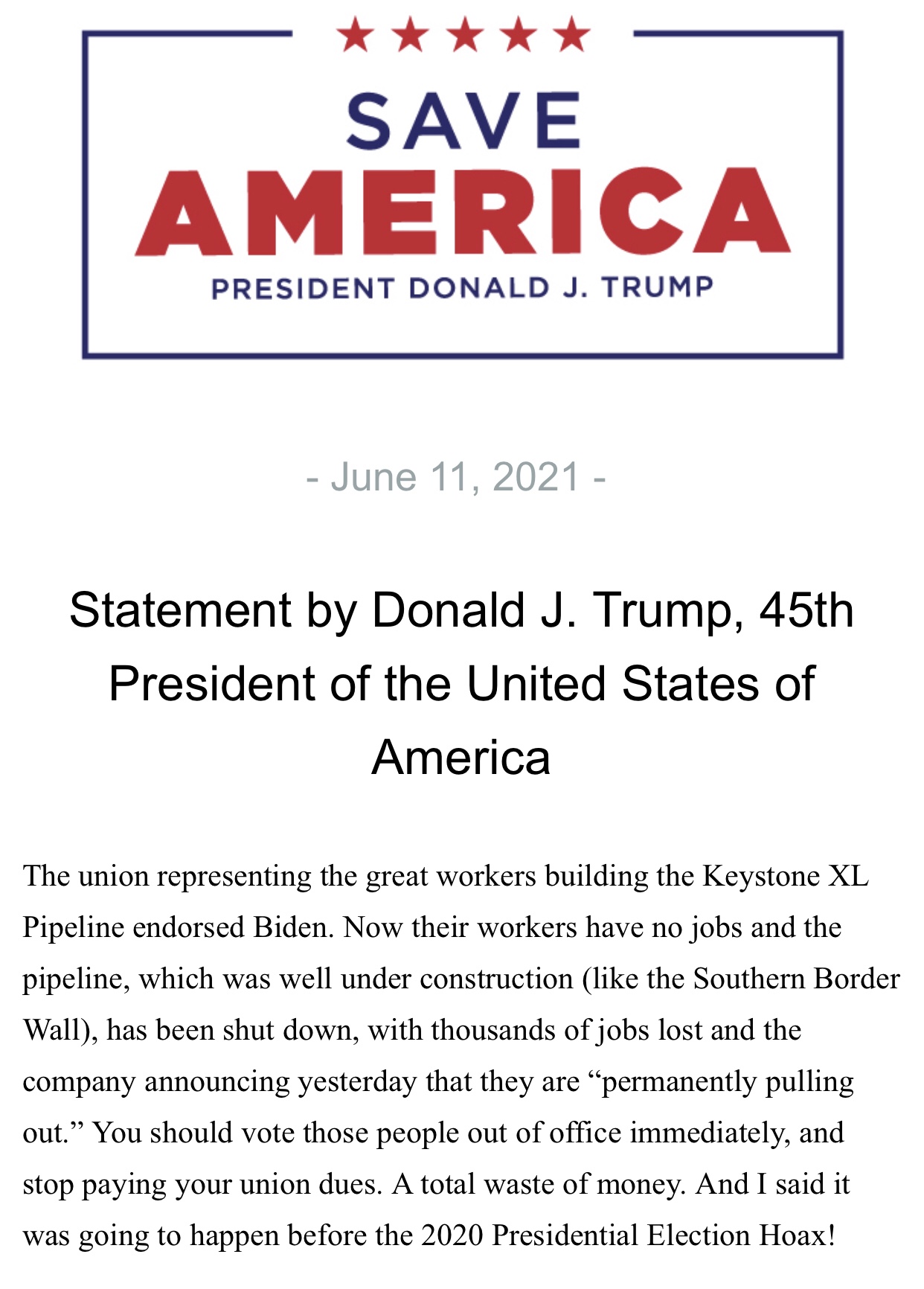 Four years ago, President Trump said the completion of the Keystone Pipeline would create thousands of jobs and energy independence for America.

President Trump did, in fact, warn that Joe Biden would “destroy” the oil industry. Biden, during the second debate last year, said he “would transition from the oil industry”.

Cuomo Threatens To ‘Displace’ De Blasio & Bring In National Guard: “NYPD & The Mayor Did Not Do Their Job Last Night”

Chelsea Handler Says She ‘Had To Remind’ 50 Cent ‘That He Was A Black Person, So He Can’t Vote For Donald Trump’