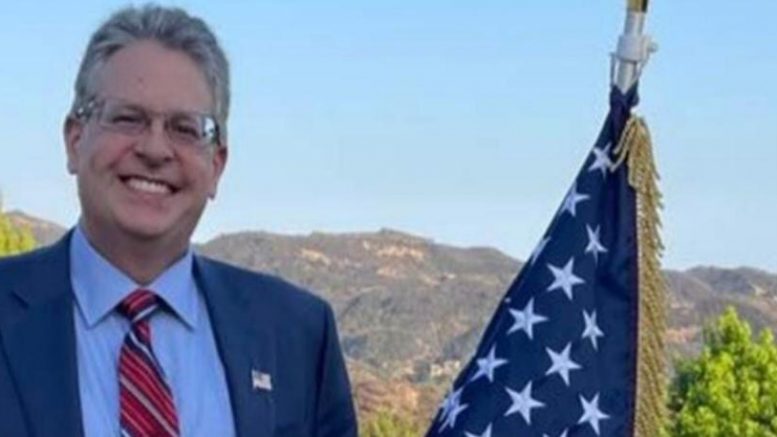 Arizona State Senator Wendy Rogers (R) posted a legal opinion on Thursday, which was submitted by attorney Matthew DePerno, in response to an opinion published by an Arizona Senate lawyer, who claimed there is no mechanism to decertify the 2020 general election.

AZ Senate lawyer Ken Behringer recently wrote an opinion claiming the Arizona Senate cannont decertify the election results, but DePerno countered, by writing in part, “A State Legislature has the authority to recall the state elector or decertify a national election upon proof of fraud in the election. Importantly, this does not require proof of ‘all of the fraud.”

“In light of the Behringer Memo, we ask again whether a State Legislature can recall the state electors or decertify a national election upon proof of fraud in the election? After again considering the constitutional authority of the State Legislature, the Constitution itself, and U.S. Supreme Court authority and precedent, the answer is definitively ‘Yes’“, Matthew DePerno wrote in the memo. (emphasis added).

“States have authority over their elections, including national elections. ‘Congress has never undertaken to interfere with the manner of appointing electors, or, where (according to the new general usage) the mode of appointment prescribed by the law of the State is election by the people, to regulate the conduct of such election, or to punish any fraud in voting for electors; but has left these matters to the control of the States.‘ In re Green, 134 U.S. 377, 380 (1890),” DePerno wrote.

“It would be meaningless if after giving full authority to the States over presidential electors, the State Legislature could not, upon a proper showing, recall those electors to decertify a fraudulent election. It would be equally meaningless to suggest that all fraud must be discovered and presented by January 6. As the Supreme Court said in Chiafolo, supra, the State has full authority absent some other constitutional constraint”, he pointed out.

“As far as the national government (and Constitution) is concerned, i.e., federal law, there are no such constraints. ‘Congress . . . has left these matters to the control of the States.’ In re Green, supra at 380. Therefore, each State Legislature has the power to recall electors and decertify their vote upon demonstrable proof of fraud. Indeed, this is the only way the State can guarantee that the People are represented. The Federal Government ‘is acknowledged by all to be one of enumerated powers'”, Mr. DePerno explained in his legal opinion. Continued Below

“A legislature’s determination to decertify the votes cast by the electors or to otherwise decertify an election on demonstration of fraud in the election itself is nothing more than the Legislature’s use of its reserved sovereign powers under the Tenth Amendment to protect those fundamental rights and privileges reserved to the People by the Ninth Amendment. Indeed, the failure to do so would be a violation of the Legislature’s role as a co-equal branch of government,” Attorney DePerno concluded.

On Wednesday, the former USAF Lt. Col stated on Telegram, “There are people still telling me to stop saying #Decertify. There are others who are ‘waiting’ to see the audit results before they decide what they think. No more fence-sitters & sunshine patriots. The time is NOW, not later. We are losing our country. #Decertify is the goal!” Continued Below

A final report is set to be presented to the Arizona State Senate on Friday, September 24th over the forensic audit findings regarding the 2020 general election in Maricopa County.

Highly respected attorney, @mdeperno, issues a legal opinion explaining how states can #Decertify their elections & counters the AZ Senate lawyer (Ken Behringer) who recently sent an opinion stating there is no mechanism to decertify. We must DECERTIFY!https://t.co/x4z9q0fnUT

The legislature has the power to #decertify an election on evidence of fraud. https://t.co/7sGijvfpqp

Senator Rogers, in July, called for a new 2020 presidential election in the state and demanded that officials decertify the election. Her call came after the Arizona state Senate held a hearing and an update to the 2020 general election audit, held in Maricopa County, conducted by Florida firm Cyber Ninjas.

“I have heard enough. With the tens of thousands of ballots mailed without being requested, the over ten thousand people who voted after registering after November 3rd, the failure of Maricopa to turn over the 40% machines, the passwords that Dominion still refuses to turn over, & tens of thousands of unauthorized queries demonstrating how insecure the election was, I call for the Biden electors to be recalled to Arizona & a new election must be conducted. Arizona’s electors must not be awarded fraudulently & we need to get this right,” Senator Rogers tweeted in July.

On Wednesday, Rogers announced the petition is “just 13K away from 1 million”:

Ya'll ready for this? We have 987k signatures on our petition to #Decertify the Election. Just 13k away from 1 million. People laughed at us when I said I want 1 million signatures. The #AZAudit comes out on Fri. Let's hit 1 million before then. SIGN: https://t.co/VgClJkeunV

(Related: Letter From ‘The American People’ To ‘The Arizona Senate’ Goes Viral Right Before AZ Audit Results Are Released)