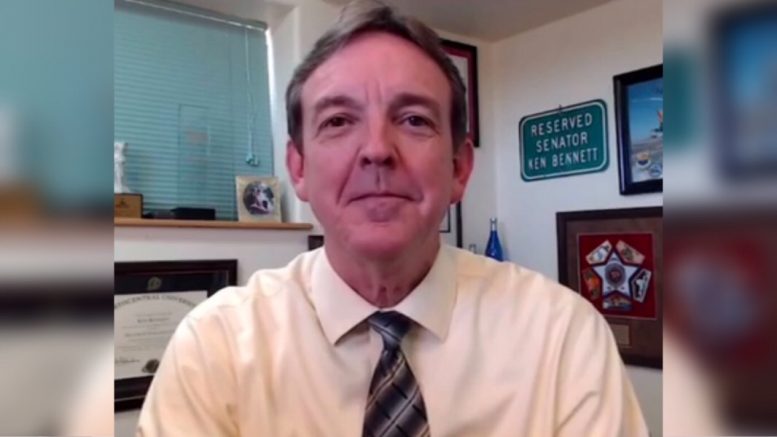 During a Wednesday interview on Real America’s Voice “Outside the Beltway with John Fredricks”, Ken Bennett, serving as the Arizona Senate’s liaison for the Maricopa County election audit, provided an update and set the record straight, ahead of Friday’s Arizona State Senate hearing over the release of the highly anticipated forensic audit results, regarding the 2020 general election.

“The chief auditor is the Cyber Ninjas company out of Florida. Doug Logan is their CEO. They presented a final draft report to an executive committee that President [Karen] Fann and Senator Warren Petersen, the chair of the Senate Judiciary Committee — those are the two that signed the subpoenas back in January. Those are two that have kind of been leading the battle in the senate,” Bennett said.

“We are vetting that to make sure everything adds up. We’re not withholding anything. You know, on social media, I see people say, ‘There gonna hold something back’. Nothing is gonna be held back,” the former president of the Arizona Senate and former secretary of state of Arizona reassured.

Bennett confirmed the report will be presented September 24 at 1:00 P.M. “Arizona is the state that doesn’t go on daylight savings, so we have the same time as the Pacific Time Zone. So it will be 3 hours delayed back on East Coast [4:00 PM EST],” he said.

“The audit reports, and I say that in plural, because Mr. Logan will present on behalf of the Cyber Ninjas. He also has a sub-contractor that looked at the machines. He will be presenting that; Ben Cotton. And then, an individual will be presenting the ballot signature envelopes. Randy Pullen will talk about the third count the Senate did, and I will have a brief report where Maricopa County failed to meet and comply with state statutes and election procedures,” Bennett explained. Video Below

“So, this Friday, at 1 o’clock, the final report will be presented to the Senate and the world simultaneously,” Mr. Bennett added.

AZ State Sen. Borrelli: ‘All Of The Evidence Is Being Turned Over’ To AG Brnovich ‘For Criminal Investigation’…’We’ve Identified Three Individuals Already’