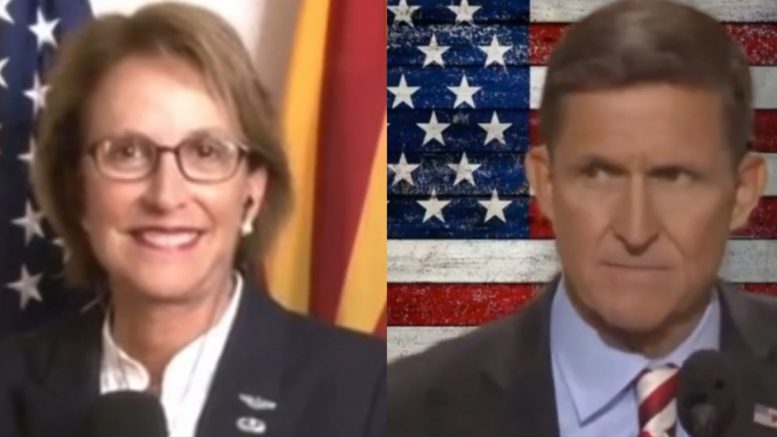 A letter addressed to “The Arizona Senate” on behalf of “The American People” is quickly making its way across social media just days before the Maricopa County forensic audit results are due to be presented on Friday during a public hearing.

Before posting the letter to Telegram, General Flynn wrote, “The upcoming Arizona State Senate hearing and decisions this Friday, 24 SEPT are monumental. The historic consequences cannot be understated. Below is a letter going to the President of the AZ Senate and all the Senators and citizens of Arizona. Our nation stands on the shoulders of heroes and this time, our time, is no different. Pray that courage and discernment are felt far and wide across Arizona and throughout the entire United States of America. God Bless 🙏🏼🇺🇸” 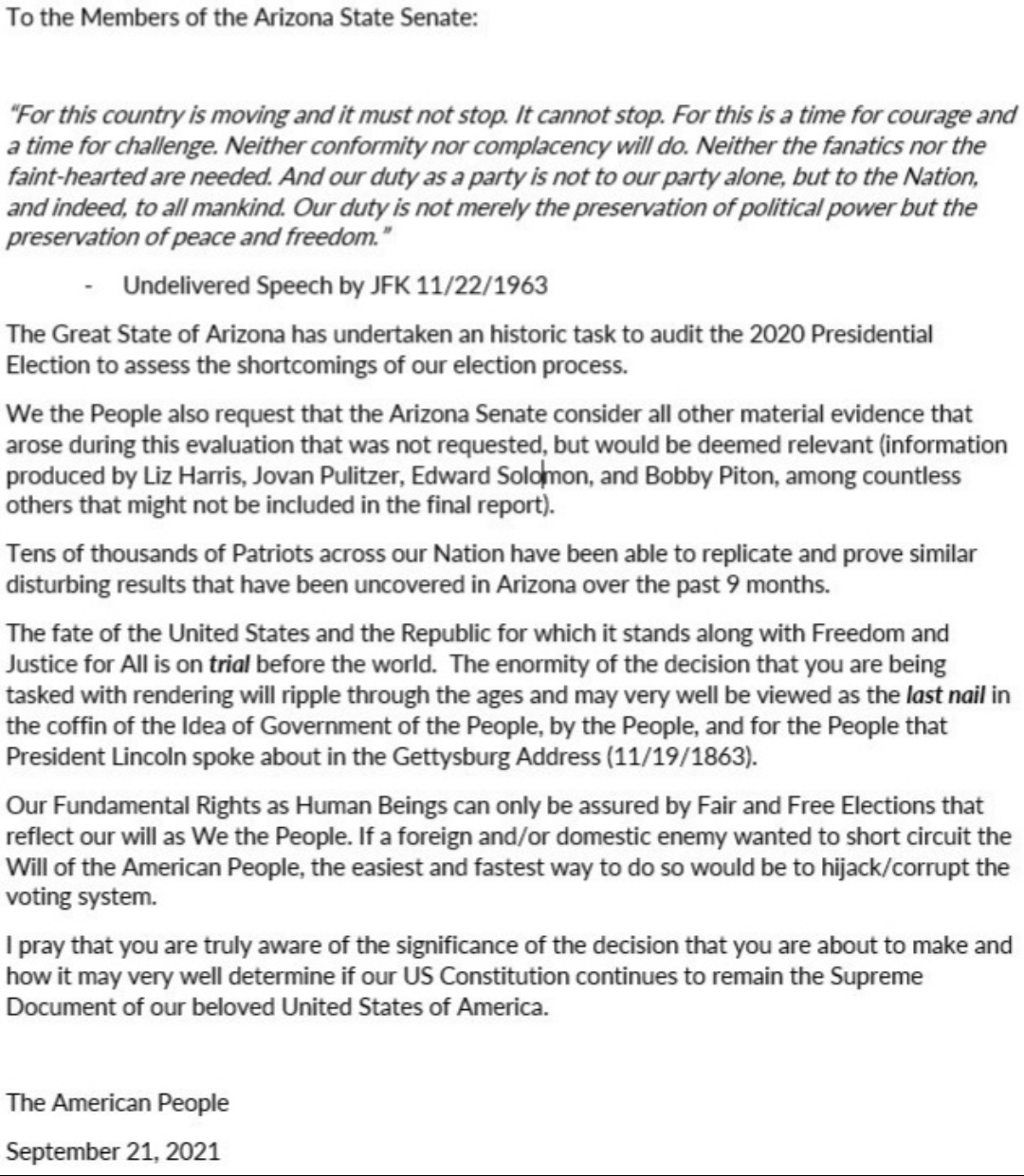