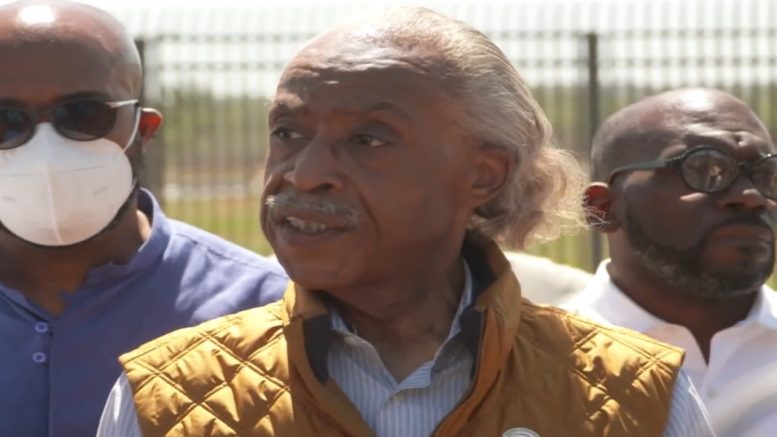 Reverend Al Sharpton arrived in Del Rio Texas on Thursday, reportedly getting a tour of the Haitian immigrant encampment on the U.S./Mexico southern border.

While in Del Rio, however, protestors heckled and shouted down Sharpton at the international Bridge while he was trying to speak during a press conference.

A man could be heard telling Al Sharpton, “We don’t want your racism in Texas. Get out of here!”

“WE DON’T WANT YOUR RACISM IN TEXAS” a man shouts

AL Sharpton is not welcome in Texas!! Makes me soooo happy! Get Lost Al!

Sharpton’s been looking for an ambulance to chase for awhile, now.

Al Sharpton is at the border
Kamala Harris is not.

Al Sharpton is at the border.
Joe Biden is not.

Al Sharpton is not the President, Border Czar, or in the Biden Administration but he can find the time to go there with a delegation!

Has Joe Biden EVER gone to the border? pic.twitter.com/r1lanKPyBg

(Related: Peter Doocy To Psaki: “Has President Biden Ever Been to The Southern Border?”)

Gov. DeSantis Reveals FL is in ‘Process of Getting Money From Legislature’ to Re-Route Immigrants to ‘Delaware’