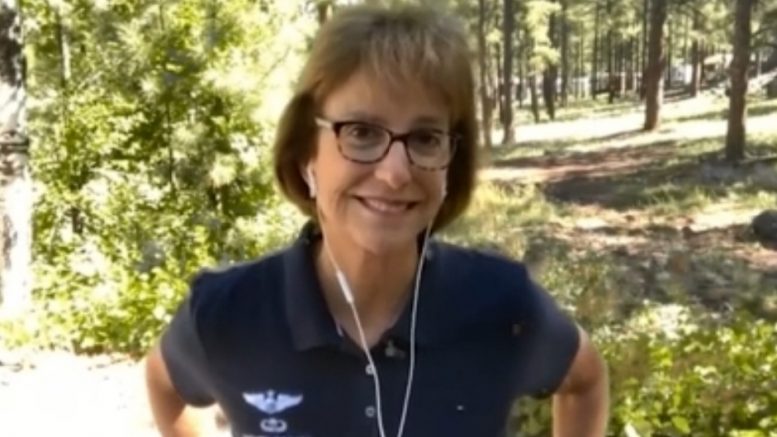 “We expect it to be dramatic. It will be truthful,” Arizona state Senator Wendy Rogers (R) asserted while discussing the Maricopa County final audit report that is expected to be released to the public on Friday.

“If criminal wrongdoing is found, then it will be referred to the Arizona Attorney General,” Sen. Rogers proclaimed in an interview with Ivory Hecker.

Appearing confident that the audit results, combined with the latest bombshell findings from an independent canvass will expose a large degree of corruption, Sen. Rogers suggested the next critical step will be for Arizona’s Republican lawmakers to unite in calling for the state’s electors to be decertified.

“In January, every state turned in a certification of electors to the federal government. I, since July when the interim report came out from the Arizona audit, called to decertify what Arizona turned in in January. And now, I call on my colleagues, especially Friday after the full report comes out, to also join me to decertify.”

After mentioning the slim one-vote Republican majority in both the House and Senate in Arizona, Sen. Rogers said it will be “the order of the day for my fellow Republicans to join me to call to decertify. That’s the next step that needs to be taken.”

She continued: “And these other states that are pivotal — Georgia, for example, and Pennsylvania — they also need to dig down, determine and decertify their electors and then we take the next step. So, one day at a time, step by step. What will the outcome be? I don’t know… We need to take one day at a time and seek the truth.”

“And then the other component is to pass legislation at every state legislature to fix the corruption and the procedures in election law and the mechanisms so that in 2022, we don’t have this happen again,” Rogers declared. Video Below