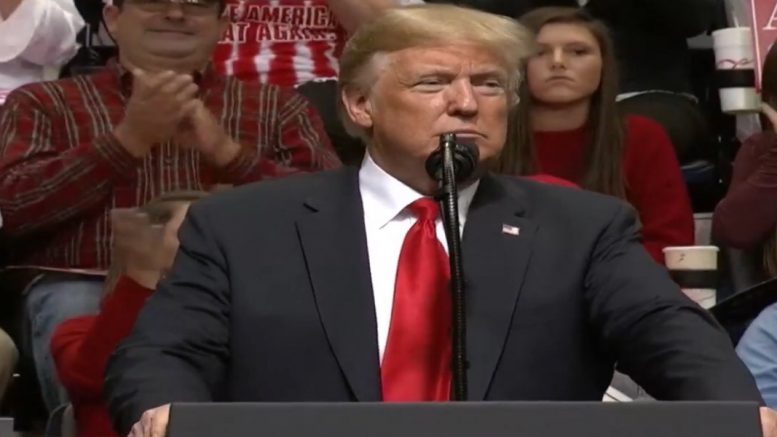 Former President Donald Trump issued remarks via email from his Save America PAC on Tuesday, regarding the Maricopa County, Arizona audit over the November 2020 election.

In February, Maricopa County Superior Court Judge Timothy Thomason ruled that the Arizona Senate can obtain access to 2.1 million ballots and election equipment from Arizona’s most populous county, giving the green light to audit results of the election, as previously reported by The Freedom Times.

The 45th President said in a statement on Tuesday, “The Radical Left Democrat Party has gone absolutely INSANE in fighting the Forensic Audit of the 2020 Presidential Election Scam, right now taking place in the Great State of Arizona. They sent a team of over 100 lawyers to try and stop it because they know what the result of the Arizona Senate sponsored audit will be—and it won’t be good for the Dems.”

The Arizona Democratic Party filed a lawsuit last week in an effort to stop the state Senate audit. The suit called for a temporary restraining order to prevent the audit. Maricopa County Superior Court Judge Christopher Coury had ordered the Arizona Senate to “pause” its recount of Maricopa County’s general election ballots, effective at 5 p.m. on Friday, however, the Arizona Democratic Party declined to put up a $1 million bond that the judge requested to cover any expenses that the Senate wrongfully incurs due to the halt.

“The audit is independently run, with no advantage to either side, but the Democrats don’t want to hear anything about it because they know that they lost Arizona, and other scam election States, in a LANDSLIDE,” Trump said. Continued Below

The former president went on to say in his statement:

They also know that the Arizona State Legislature approved virtually none of their many election requests, which is totally UNCONSTITUTIONAL. The people of Arizona are very angry, as are the people of our Country.

If we can’t have free and fair elections, we don’t have a Country. The audit must continue. America deserves the TRUTH! Continued Below 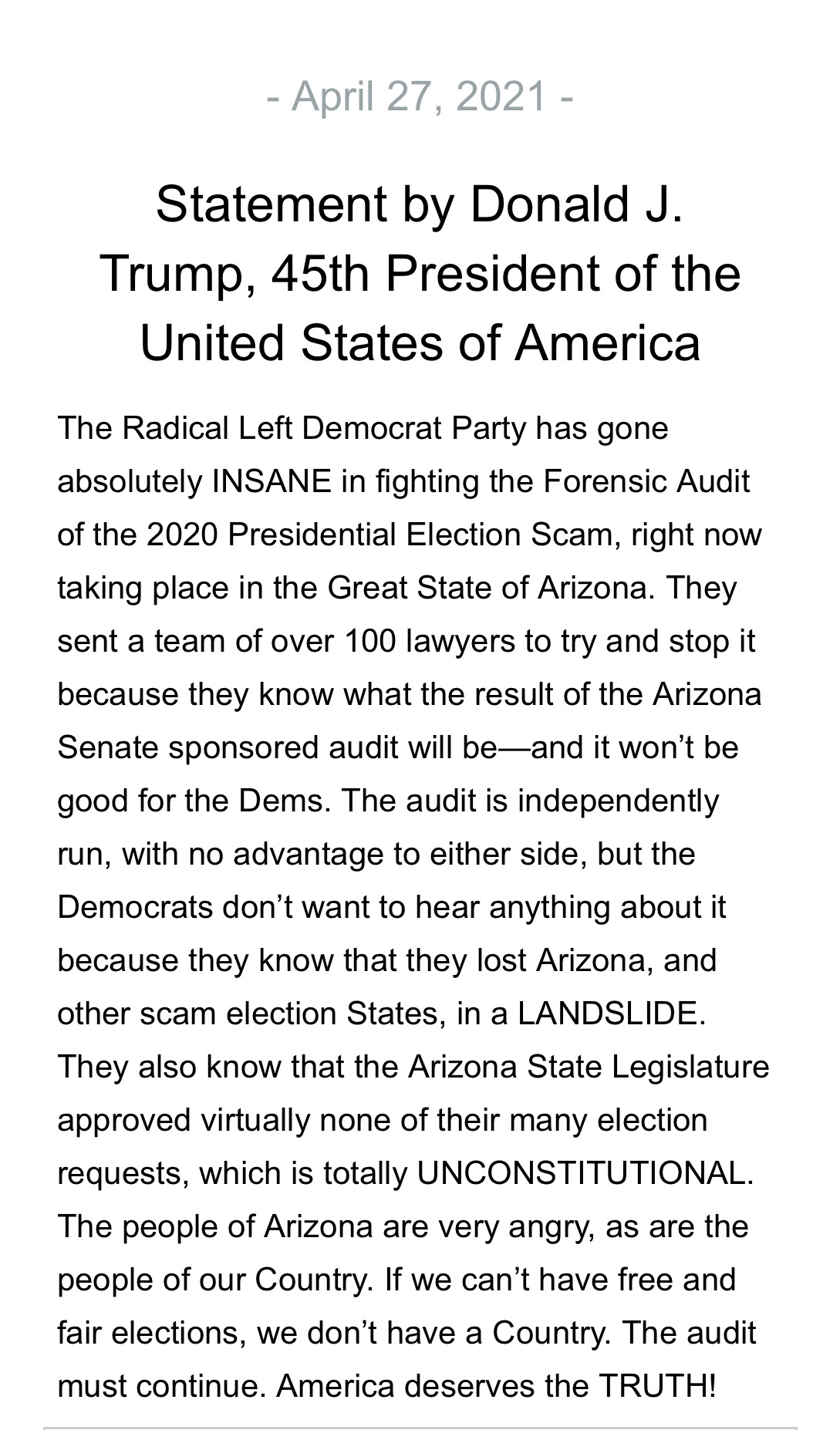 Meanwhile, Arizona Secretary of State Katie Hobbs (D) slammed the efforts in her state over the election audit of ballots cast during 2020, claiming that it “seems like such a farce” and should end.

“A group of Republicans are continuing to try to appease their base who refuse to accept that … Trump lost Arizona and that he’s not the president anymore,” Hobbs told CNN’s Chris Cuomo on “Cuomo Prime Time” Monday.

Katie Hobbs, Arizona's Secretary of State, dismisses the GOP's review of the 2020 election ballots in the state as a "group of Republicans…trying t o appease their base who refuse to accept that Trump lost Arizona."

"We have so many concerns about this exercise," she says." pic.twitter.com/uyxwBrHHCv

Arizona’s attorney general has brushed away the state’s top election official’s call for an investigation into possible irregularities in a legislative chamber’s newly begun audit of 2020 election results from the state’s most populous county.

Secretary of State Katie Hobbs on Friday cited media reports of security lapses at the audit site and the auditors’ plans to question Maricopa County voters at their homes. But Republican Attorney General Mark Brnovich later Friday said Hobbs provided “no facts” to warrant an investigation.

Valid complaints will be investigated, Brnovich wrote Hobbs in a letter. “Any such complaints, however, must be based on credible facts and not conjecture of politics,” he said. Brnovich also said the separation of powers between branches of government “demands deference” to the audit commissioned by the Republican-led Arizona Senate.