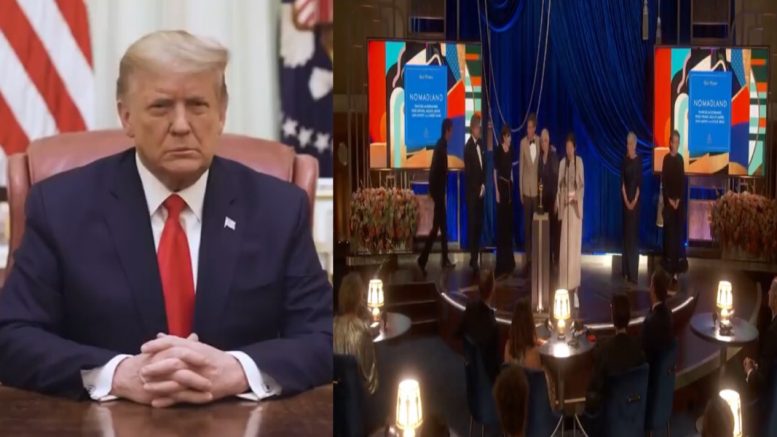 The Academy Awards television audience plunged to 9.85 million viewers on ABC, less than half of the Oscars’ previous low and continuing a startling trend of viewer tune out for awards shows, Breitbart reported.

The Nielsen company’s preliminary estimate shows that the audience who watched “Nomadland” win best picture on Sunday was 58% below last year’s tally of 23.6 million, which had set the previous record for least-watched Oscars telecast.

According to Variety, citing early Nielsen numbers, an average of 9.85 million viewers watched the show Sunday evening, which is a 58.3%, 13.75 million viewer drop-off from last year. In addition, the show earned a mere 1.9 rating among the key demographic of adults age 18-49.

Former President Donald Trump issued a statement Tuesday via email from his Save America PAC over the Oscar’s lowest ratings in “recorded history”, urging the entertainment industry “don’t be so politically correct and boring” and “bring back a great host”.

What used to be called The Academy Awards, and now is called the “Oscars”— a far less important and elegant name — had the lowest Television Ratings in recorded history, even much lower than last year, which set another record low. If they keep with the current ridiculous formula, it will only get worse — if that’s possible.

Go back 15 years, look at the formula they then used, change the name back to THE ACADEMY AWARDS, don’t be so politically correct and boring, and do it right. ALSO, BRING BACK A GREAT HOST. Continued Below

These television people spend all their time thinking about how to promote the Democrat Party, which is destroying our Country, and cancel Conservatives and Republicans. That formula certainly hasn’t worked very well for The Academy! 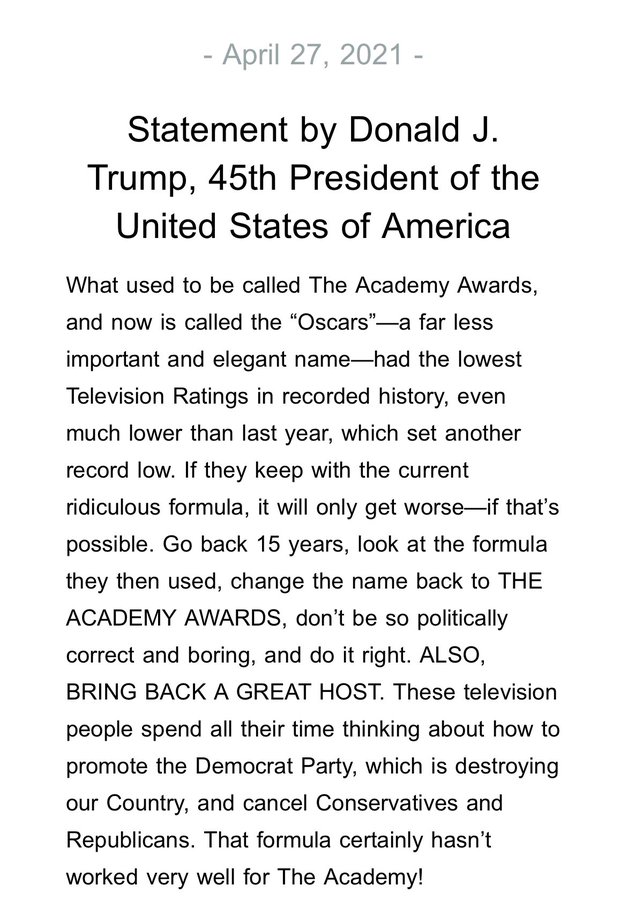