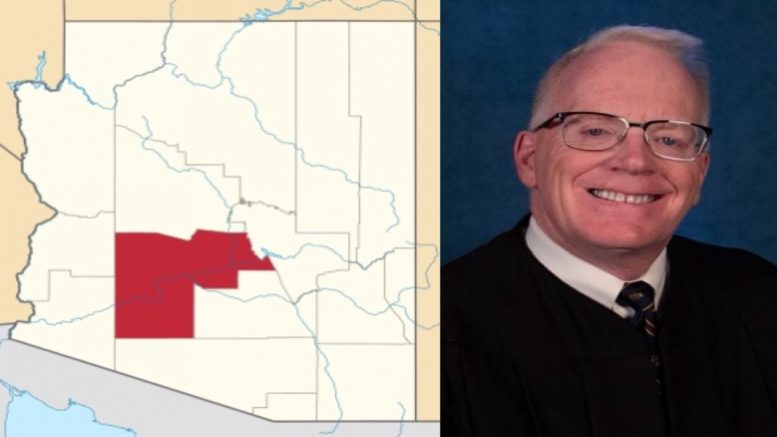 Judge Thomason’s decision comes after a prolonged conflict between the Republican-controlled state Senate and the GOP-dominated Maricopa County board over subpoenas issued by the Senate.

As reported by KTAR News:

The five-member Board of Supervisors argued that the ballots were secret, that the Legislature had no right to access them and that the subpoenas issued by Senate President Karen Fann were for an illegitimate purpose, among other arguments. The Senate’s lawyers contended that the constitution gives the Legislature the role of maintaining the purity of elections and make sure voter integrity is protected, that the subpoenas were legal and a proper use of legislative power.

“The Arizona legislature clearly has the power to investigate and examine election reform matters,” the ruling says. “The Subpoenas also do not violate separation of powers principles. Production of the subpoenaed materials would not violate confidentiality laws.” Continued Below

AZ Senate President Karen Fann said in a statement, “We are thrilled and grateful that the judge was able to see the big picture in this whole issue. That this has never been about overturning an election. This has always been 100% about voter integrity and finding the answers to all of our voters’ questions about the safety and security and validity of the Arizona electoral system.”

#ScanTheBallots Let's make sure #Arizona we do this right since the whole world is watching and each state in the USA is counting on it. Cut no corners! Follow my process, do it right the 1st time! #LetsMakeHistory #JovanHuttonPulitzer pic.twitter.com/573rpnsekD

(Related: Mike Lindell Reacts As Dominion Files A $1.3 Billion Lawsuit Against Him: “It’s A Beautiful Day Here For America!”)