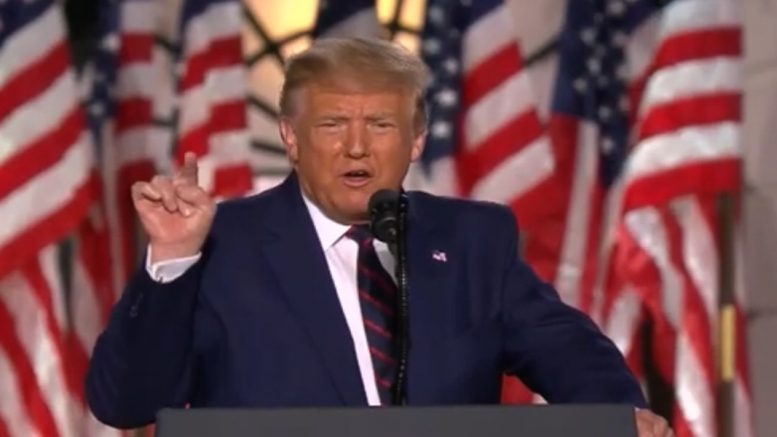 Former President Donald Trump issued a statement via email from his Save America PAC on Monday, regarding the Maricopa County, Arizona audit over the November 2020 election.

In February, Maricopa County Superior Court Judge Timothy Thomason ruled that the Arizona Senate can obtain access to 2.1 million ballots and election equipment from Arizona’s most populous county, giving the green light to audit results of the election, as previously reported by The Freedom Times.

The 45th President, however, warned of a “demean and destroy campaign” that Democrats will start “very soon” regarding Arizona’s forensic audit. In a statement, the former president said:

Incredible organization and integrity taking place in Arizona with respect to the Fraudulent 2020 Presidential Election. These are Great American Patriots, but watch, the Radical Left Democrats “demean and destroy campaign” will start very soon.

They will say anything they can to take away the integrity, validity, and credibility of what these incredible Patriots are doing—but the people of Arizona won’t stand for it. They were among the earliest to see that this was a Rigged Election! Continued Below

In another statement on Monday, Trump noted that Arizona Governor Doug Ducey is “refusing to provide security” for the folks who are conducting the thorough audit of Maricopa County’s election results.

“Governor Doug Ducey of Arizona, one of the worst Governors in America, and the second worst Republican Governor in America, is refusing to provide security for the American Patriots who are hand counting the Rigged 2020 Arizona Election Ballots,” the former president said.

Over the weekend, Trump had urged Governor Ducey to “immediately provide large-scale security for the brave American Patriots doing the Forensic Audit of the 2020 Presidential Election”. Continued Below 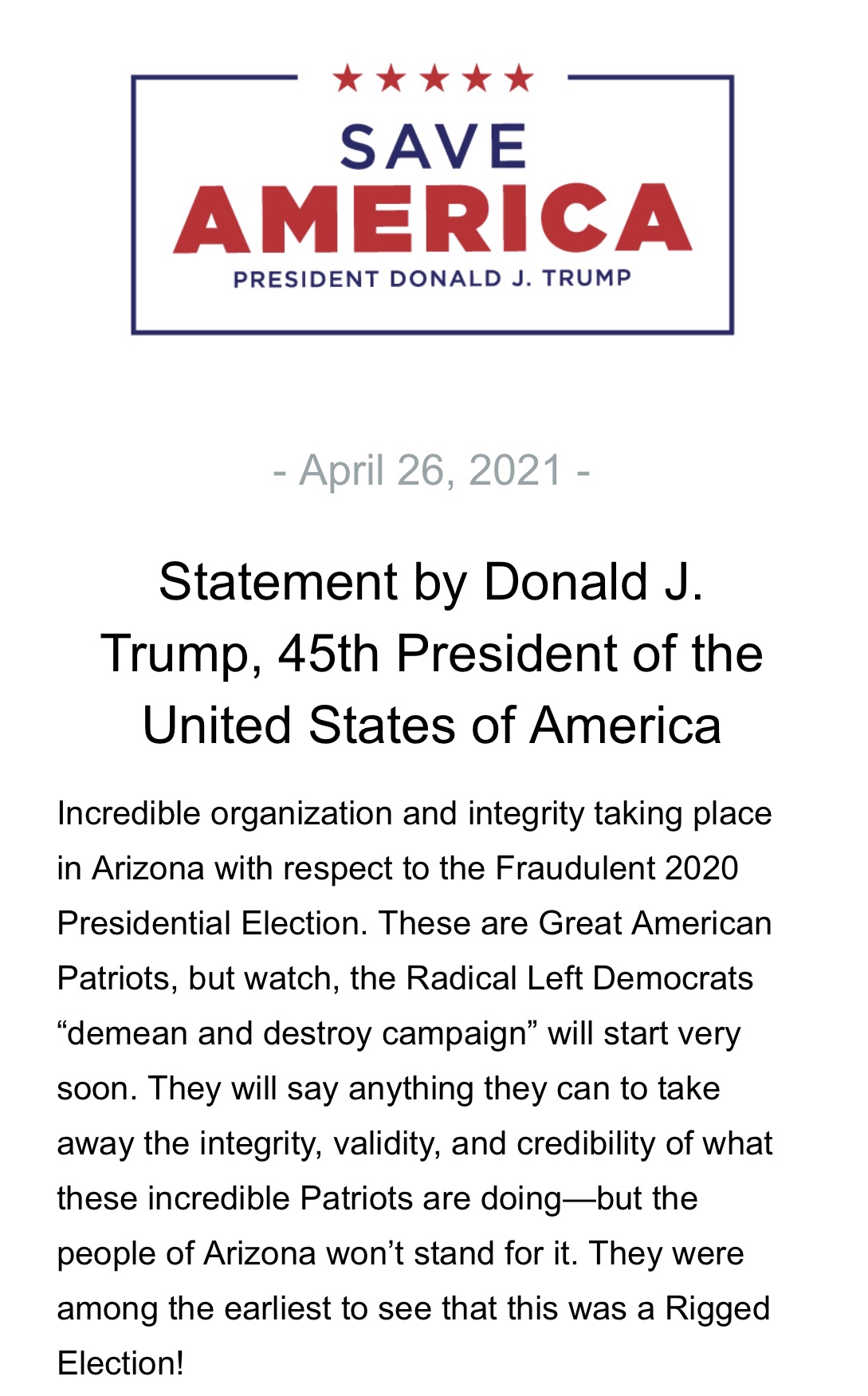 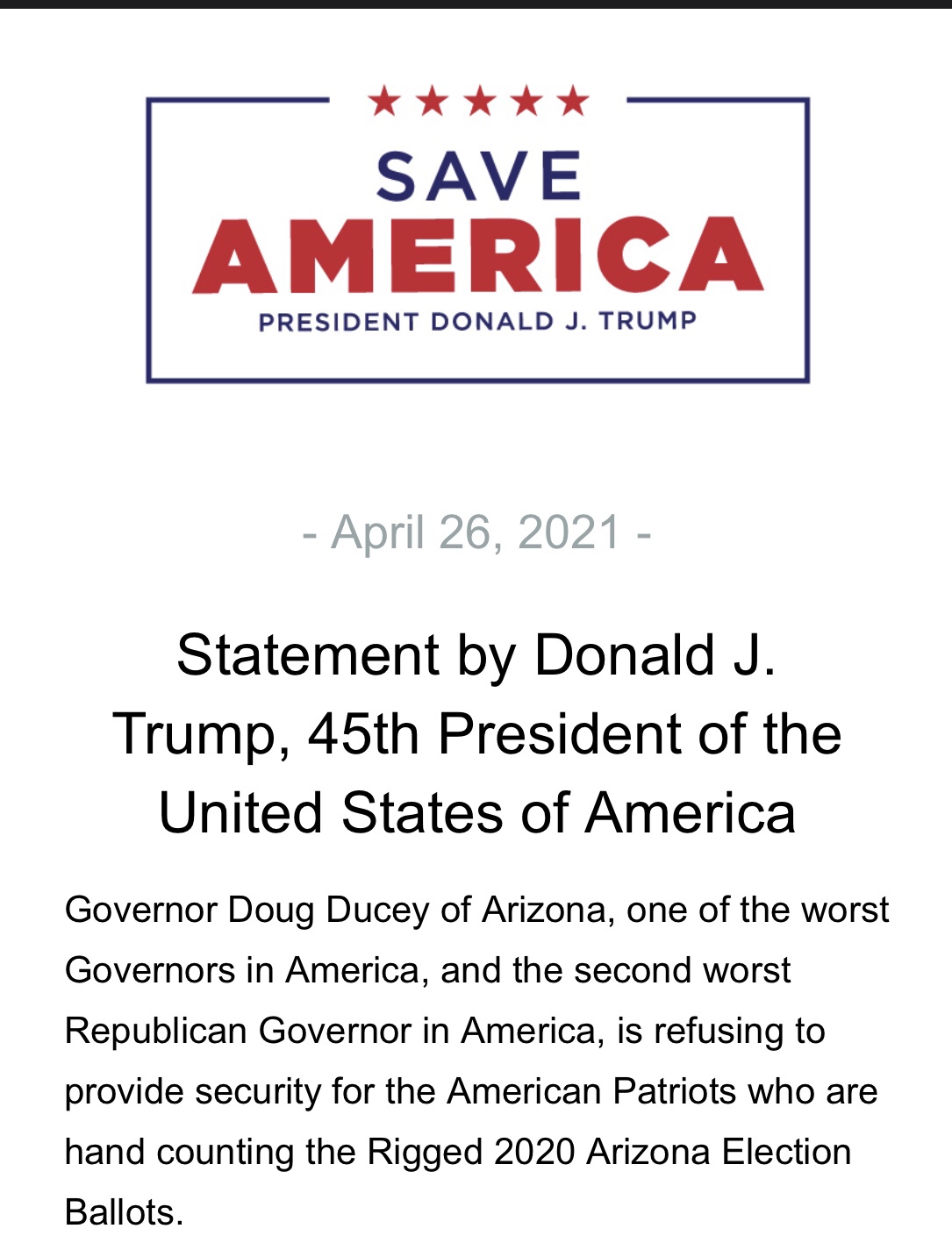