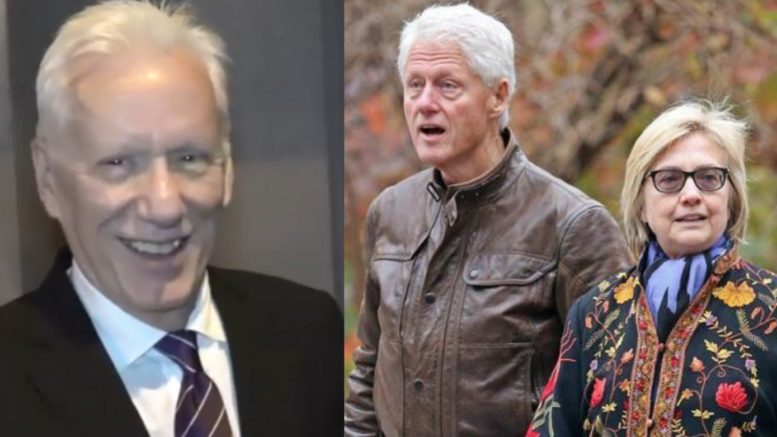 On Friday, conservative actor James Woods floated the idea that Hillary Clinton could very well become the Democratic Presidential Nominee in the race for 2020.

Woods, who made made a return back to Twitter after a 9-month boycott, targeted the Clintons and compared them to “nuclear cockroaches” while suggesting a “brokered” Democrat convention could end up sending Hillary Clinton on her way to a rematch against President Trump.

“The #Clintons are like nuclear cockroaches. They can survive anything,” Woods tweeted.

“Remember you read it here: #HillaryClinton has a solid chance at being the 2020 Democratic presidential nominee in a brokered convention. She’s the Terminator of American politics,” he declared.

The #Clintons are like nuclear cockroaches. They can survive anything. Remember you read it here: #HillaryClinton has a solid chance at being the 2020 Democratic presidential nominee in a brokered convention. She’s the Terminator of American politics.

The statement from Woods comes amid rumored fears by the Democrat establishment of Bernie Sanders being the front-runner.

On top of the Iowa Caucus meltdown, the DNC has changed the rules to allow former New York City mayor Michael Bloomberg to join other candidates on the debate stage in February, which appears to be a move that will hinder Bernie’s chances…or as Woods puts it, “the fix is in” against Bernie.

Poor Bernie. They aren’t going to let this poor old fool win no matter what he does. He sold his soul to Hillary for a crappy house on a lake in 2016, and the devil will take her due. They will never let you have it, Bernie. The fix is in.

In ending, here is video of Bernie Sanders reacting to the DNC’s rules change that will allow for Bloomberg to debate: