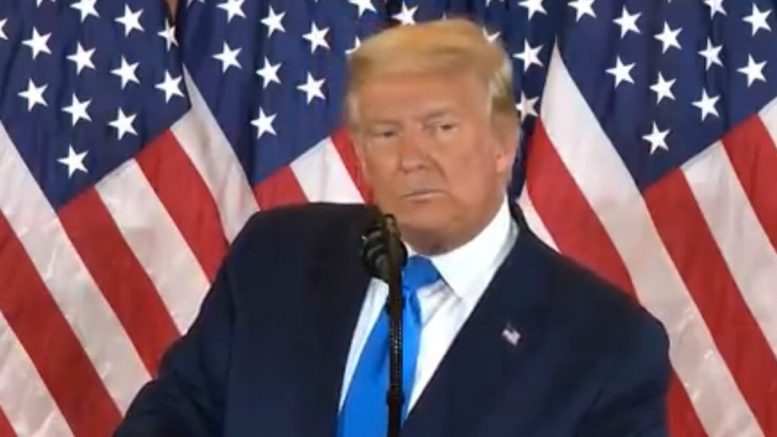 Former President Donald Trump issued a statement via email from his Save America PAC on Friday, regarding the Maricopa County, Arizona audit over the November 2020 election.

In February, Maricopa County Superior Court Judge Timothy Thomason ruled that the Arizona Senate can obtain access to 2.1 million ballots and election equipment from Arizona’s most populous county, giving the green light to audit results of the election.

The Arizona Democratic Party, however, filed a lawsuit Thursday in an effort to stop the state Senate audit. The suit calls for a temporary restraining order to prevent the audit, which was scheduled to start after the 2.1 million ballots were carted to the coliseum on Thursday.

Maricopa County Superior Court Judge Christopher Coury had ordered the Arizona Senate to “pause” its recount of Maricopa County’s general election ballots, effective at 5 p.m. on Friday, however, the Arizona Democratic Party declined to put up a $1 million bond that the judge requested to cover any expenses that the Senate wrongfully incurs due to the halt.

In a statement on Friday, the 45th President suggested the Democrats “understand Voter Fraud far better than anyone”. Continued Below

“The Democrats are ‘swarming’ the Great State of Arizona trying to get the Forensic Election Audit stopped, because only they know exactly what they’ve done, and they understand Voter Fraud far better than anyone. This could be Voter Fraud at the highest level,” the former Commander in Chief said.

“Don’t think that Arizona is the only State. Much more to come!” he declared.

In an earlier statement on Friday, the president also wondered what Arizona Governor Doug Ducey, Democrats, and the Maricopa County Commissioners are “trying to hide?” Continued Below 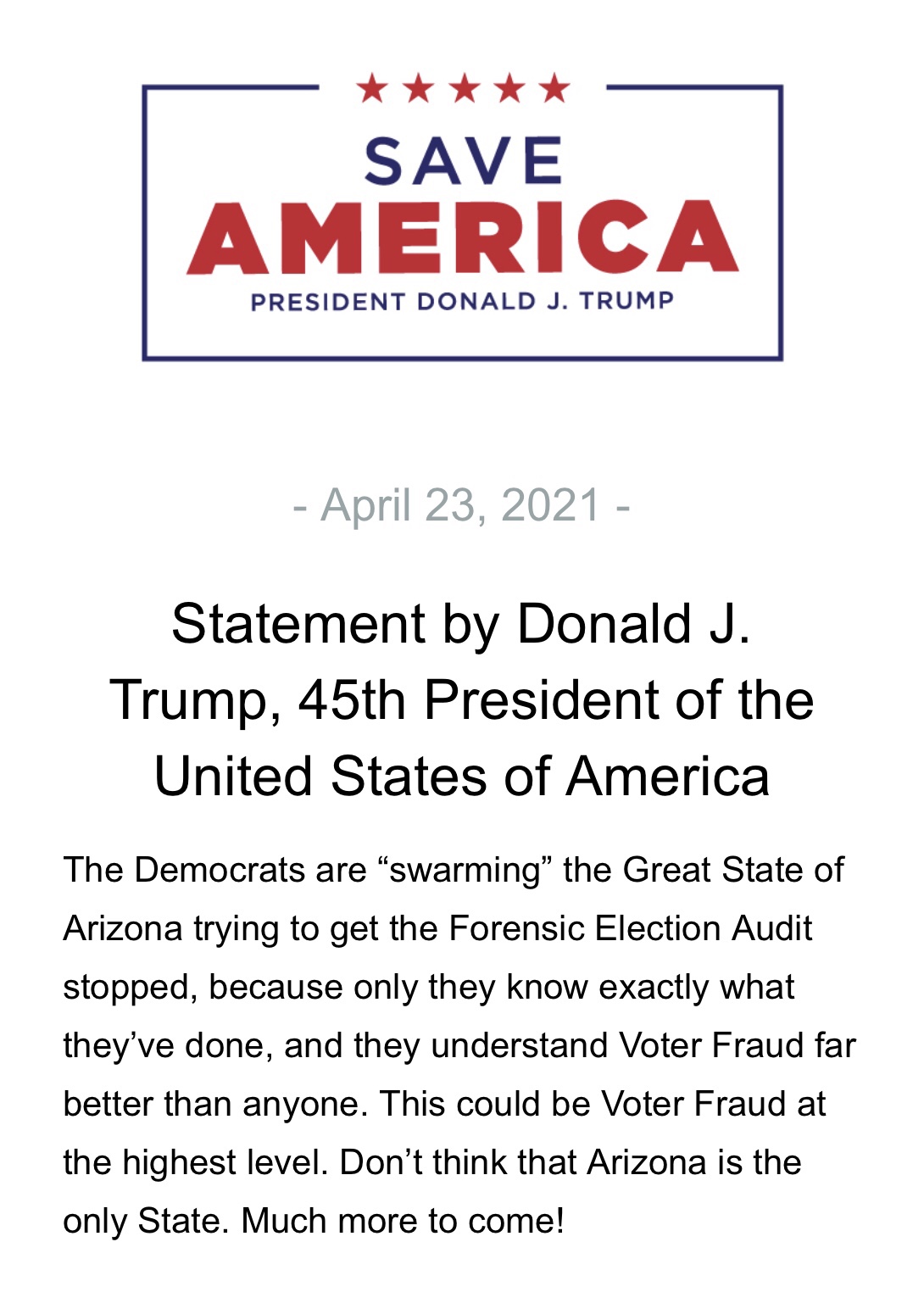 In an earlier statement Friday, Trump thanked the “brave and patriotic Republican State Senators from Arizona” for conducting the full forensic audit, and said he “predict[s] the results will be startling!” 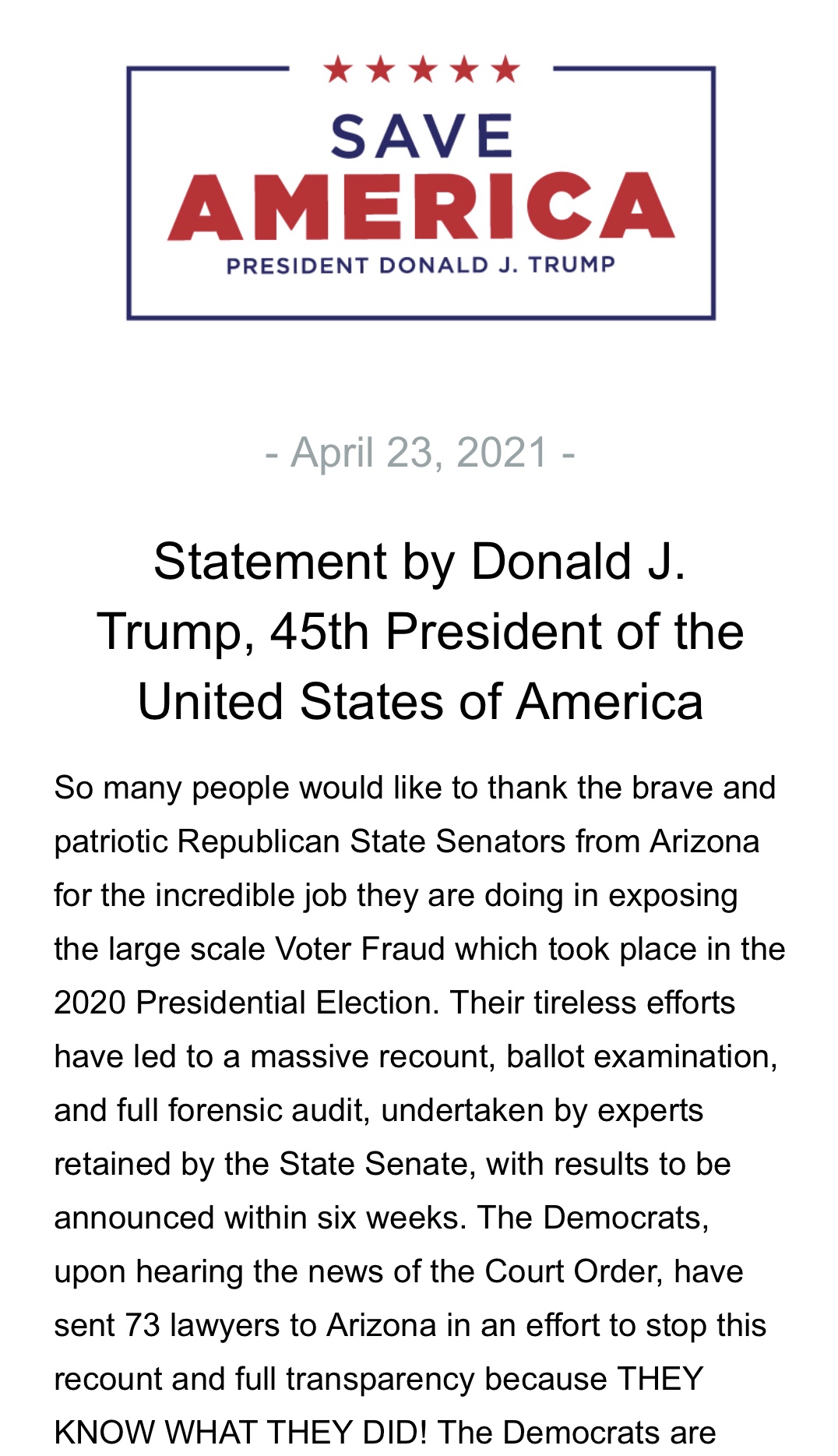 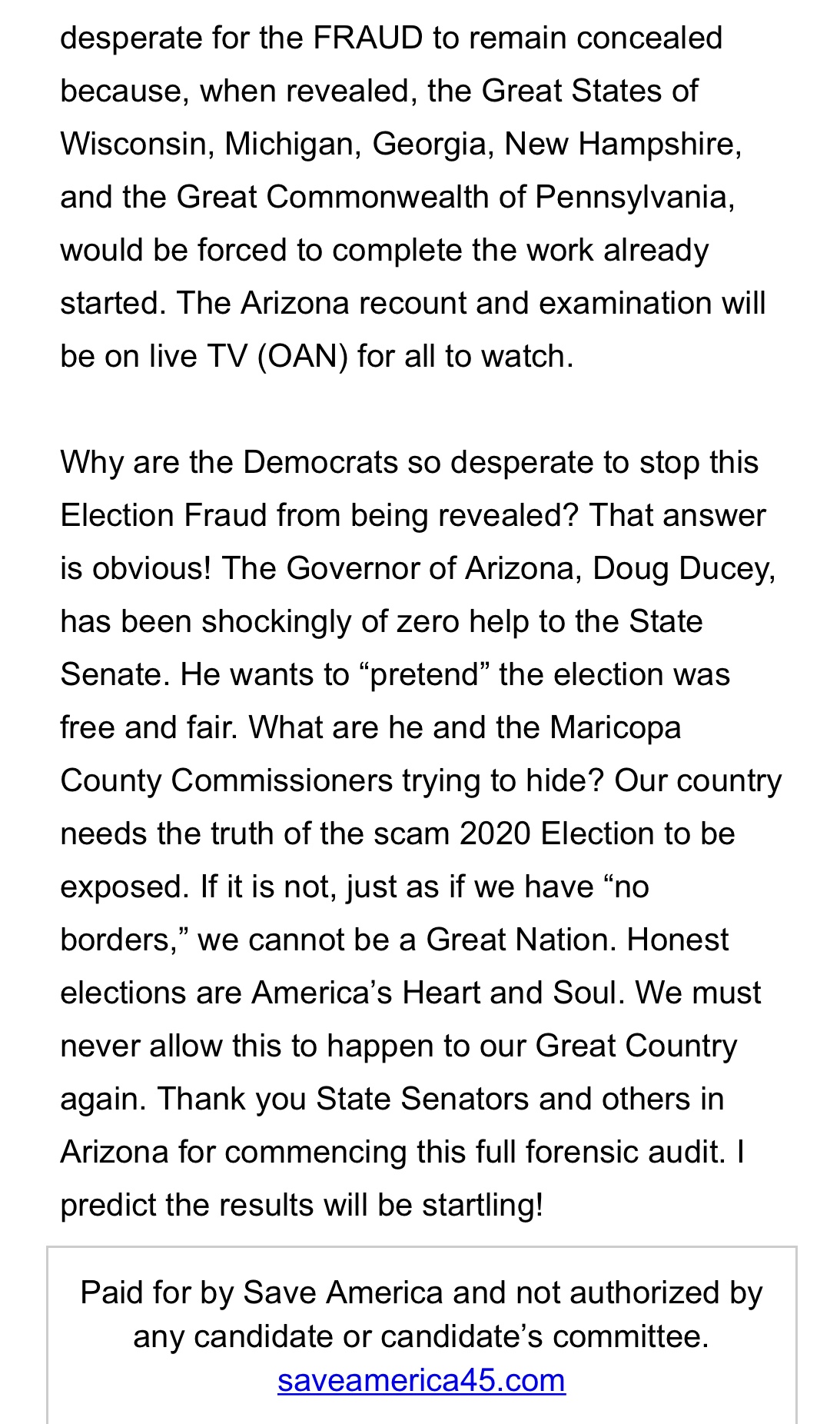