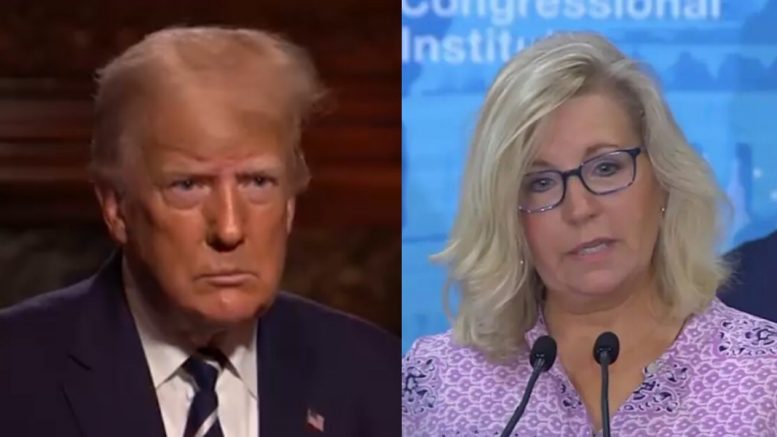 Trump’s statement comes as Cheney is reportedly not ruling out a potential presidential bid for 2024.

“I’m not ruling anything in or out — ever is a long time,” she told The New York Post when asked if she would ever consider running in the future.

Only 10 percent of GOP voters, and 13 percent of all voters, say they would vote to reelect her, and she trails by more than 30 points—54 percent to 21 percent—against state Sen. Anthony Bouchard, who has announced a campaign against her since her impeachment vote. The survey of 500 likely voters was conducted by Trump’s pollster John McLaughlin from Jan. 25 to Jan. 26, as revealed in a memo that McLaughlin wrote to Trump adviser Jason Miller, Breitbart reported.

In a statement, the 45th president slammed Liz Cheney, branding her a “warmongering fool” whose congressional re-election campaign is doomed. Continued Below

President Trump said in his statement:

Liz Cheney is polling sooo low in Wyoming, and has sooo little support, even from the Wyoming Republican Party, that she is looking for a way out of her Congressional race. Based on all polling, there is no way she can win.

She’ll either be yet another lobbyist or maybe embarrass her family by running for President, in order to save face. This warmongering fool wants to stay in the Middle East and Afghanistan for another 19 years, but doesn’t consider the big picture—Russia and China! Continued Below

Trump isn’t the only leading Republican who appears to have grown tired of Cheney’s antics. Earlier Tuesday, House Minority Leader Kevin McCarthy (R-CA) would not say whether or not he believes Cheney is a “good fit” for the House GOP leadership, Breitbart reported.

“I think from a perspective if you’re sitting here at a retreat that’s focused on policy, focused on the future of making America’s next century, and you’re talking about something else, you’re not being productive,” McCarthy seemingly said of Cheney in a veiled swipe during the final day of the House GOP’s policy retreat in Orlando, Florida. 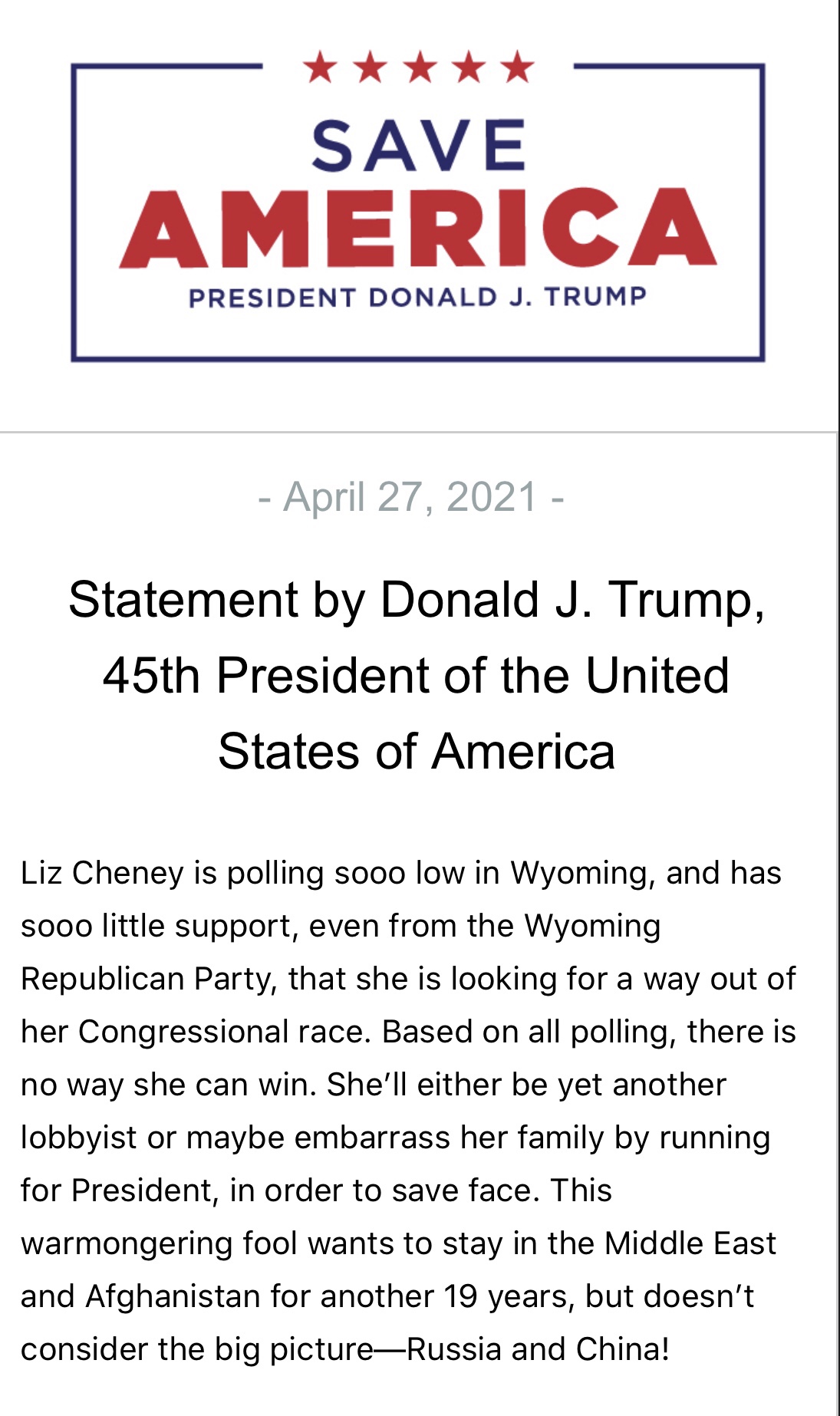