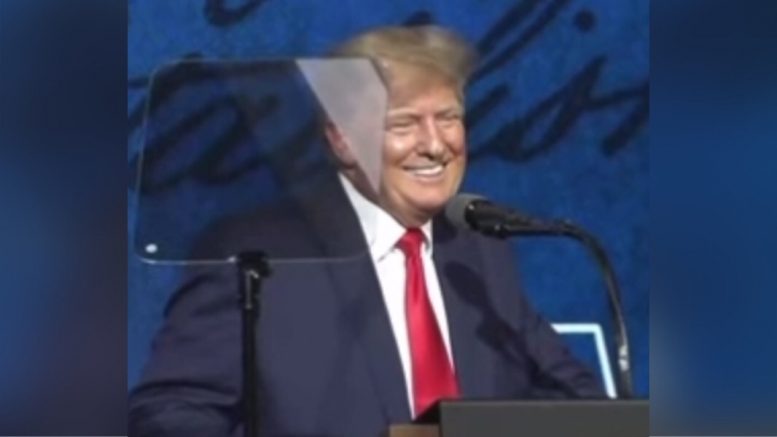 While speaking at the NRA convention in Houston, Texas on Friday, 45th President Donald Trump embraced the term “ultra MAGA” — the new catchphrase from Joe Biden and his administration — a reference to Trump’s “Make America Great Again” campaign slogan.

Despite claims that Biden himself came up with the phrase, staffers at the liberal Center for American Progress Action Fund toiled for six months to find ways to gain a foothold in the November elections – with the now often-uttered phrase being the culmination of their efforts, as reported by the Washington Post.

The slogan, however, intended to slander Republicans by tying their political motives to the previous, has instead backfired – with the right largely embracing the new moniker. That has sparked recollections of Hillary Clinton’s infamous 2016 remark dismissing election rival Donald Trump’s supporters as “a basket of deplorables”, Daily Mail reported.

While giving his address at the NRA, the 45th President told attendees, “I remember the early weeks of the Biden administration. Biden said, ‘We’re not gonna stand for America First’. Now, you know, even if you didn’t agree with our polic[ies], you can’t say that”.

“It is a great name isn’t it? ‘America First’. The only thing better might be ‘ultra MAGA’. They gave us a great name,” Trump said before laughing, prompting the audience to cheer.

Earlier in the month, Biden also nicknamed Trump the “great MAGA king” — during a speech to Chicago electrical union members. “Under my predecessor — the great MAGA king — the deficit increased every single year he was president,” the Democrat career politician said. “The first year of my presidency, the first year, I reduced the deficit.” Video Below