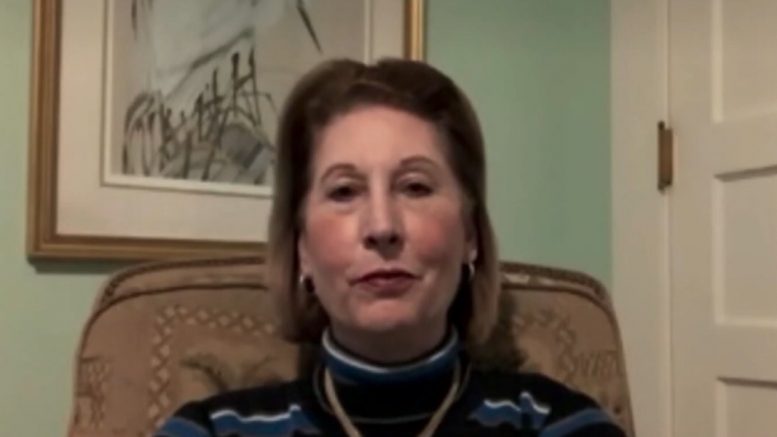 Judge Timothy C. Batten, Sr. ordered Sunday night of voting machines in Georgia regarding a case filed by Lin Wood, “Defendants are hereby ENJOINED and RESTRAINED from altering, destroying, or erasing, or allowing the alteration, destruction or erasure of, any software or data on any Dominion voting machine in Cobb, Gwinnett, and Cherokee Counties. Defendants are ORDERED to promptly produce to Plaintiffs a copy of the contract between the State and Dominion.”

Attorney Sidney Powell spoke with Fox Business’ Lou Dobbs on Monday regarding the lawsuit filed in Georgia, and the judges order which halts the wiping of the voting machines.

“We are making great progress, Lou. We have one case in the court in Georgia that’s getting ready to go to the Eleventh Circuit [Court of Appeals]. We’re gonna ask for emergency review of that where we sought to impound all the voting machines in Georgia, and we need frankly, we need to stop the election that’s supposed to happen in January, because all of the machines are infected with the software code that allows Dominion to shave votes from one candidate and give votes to another and other features that do the same thing,” Sidney Powell told Lou Dobbs.

“It’s really the most massive and historical egregious fraud the world has ever seen,” Attorney Powell expressed.

Dobbs reported that three years ago, Brian Kemp, when he was secretary of state, was sued, noting “Incredibly as soon as that lawsuit was filed, that server under Secretary of State Kemp was wiped. And that obviously was at the core of your concerns in seeking an injunction from Judge Batten, the federal district court judge, who issued the restraining order, correct?” he asked Powell. Continued Below

“Correct. And guess what happened yesterday while we were in the process of trying to get the state to respond for our request to the restraining order? Someone went down to the Fulton center where the votes and Dominion machines were, claimed there was a software glitch, and they had to replace the software. And it seems they removed the server,” Powell told Dobbs.

Asked if we know where the server is, Powell replied, “No, we don’t right now.”

“You know, people don’t go to jail for their attitude, but in the case of the secretary of state and governor of Georgia right now, one would be tempted to prosecute based on their conducts so far,” Dobbs said. “What is going on with those two individuals?” Video Below

Powell responded: “I think there’s a lot going on, Lou. There’s a lot of corruption underneath the surface. We’ve gotten several tips from people that we haven’t been able to verify completely yet. But it seems there were significant benefits for both Governor Kemp and perhaps Mr. Raffensperger also and maybe others also on their team for deciding at the last minute to rush in a contract for Dominion for 107 Million dollars for the state.”

The Battle for the White House: @SidneyPowell1 celebrates a court victory for @realDonaldTrump in Georgia which stops Dominion voting machines in 3 counties from being wiped. #MAGA #AmericaFirst #Dobbs pic.twitter.com/YYEOjp7PON

The recount requested by President Trump’s campaign in Georgia’s Fulton County reportedly experienced a delay after a Dominion Voting Systems mobile server crashed on Sunday, according to Fulton County officials.

“Technicians from Dominion have been dispatched to resolve the issue,” Fulton County officials said in a statement after the server crashed on Sunday. “The Georgia Secretary of State’s office has also been alerted to the issue and is aware of efforts to resolve the problem.”

Dominion has remained at the center of claims of error and fraud in the 2020 election. While Sidney Powell is not formally part of President Trump’s legal team, she participated in a joint press conference with his campaign prior to Thanksgiving and detailed the purported issues with the voting machines.

Powell filed lawsuits challenging the election results in Georgia and Michigan last week, which contained the allegations she previewed at the press conference.