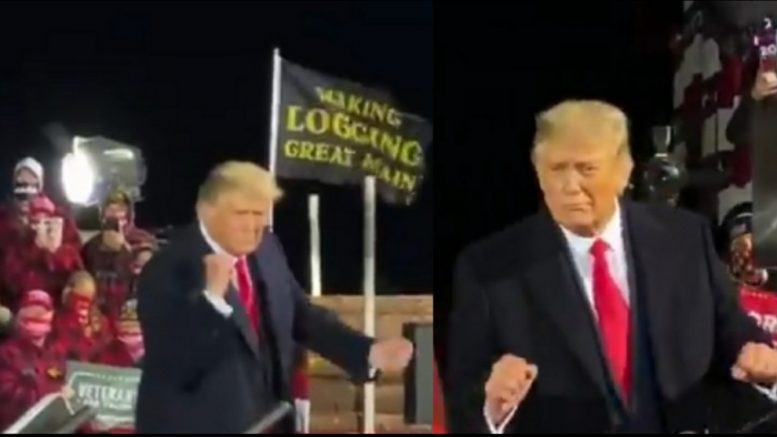 President Donald Trump riled up his crowd of supporters with several dance moves at the end of his rally in Duluth, Minnesota.

After delivering his speech, the Commander-In-Chief couldn’t contain himself as the smash-hit song “YMCA” by The Village People was played in the background.

For over a minute and a half, Trump walked back and forth across the stage, clapping, waving and even dancing as his supporters cheered him on.

Trump dances & waves off stage to ‘YMCA’, and the crowd is digging it #TrumpRally #Trump2020 #Duluth pic.twitter.com/JYx44CXcQQ

President Trump’s campaign has been heavily invested in Minnesota, where they hope to flip the state that has gone blue in every presidential contest since 1976.

At the end of August, a poll showed President Trump and former Vice President Joe Biden being statistically tied in Minnesota. Although more recent polls suggest Biden has the edge.

Perhaps Trump’s fun-loving dance moves and free entertainment provided on Wednesday evening will help sway some more Minnesotans his way before the November contest. Video Below

Here are some highlights from Trump’s rally speech in Duluth: