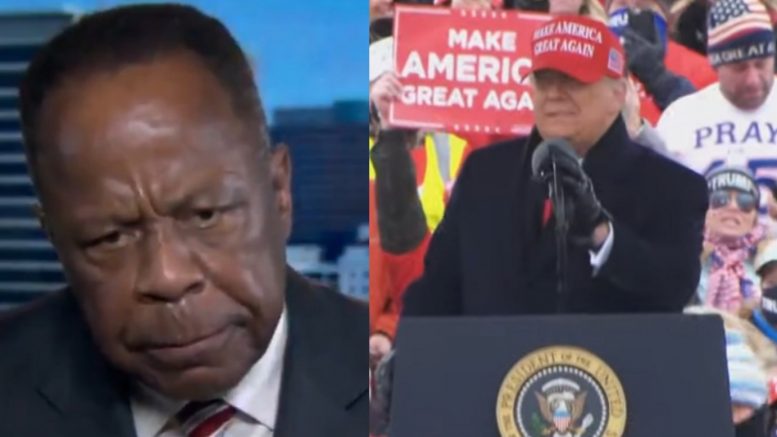 Mr. Terrell — who voted Republican for the first time in his life when casting his ballot for the President Trump in the 2020 election — vowed to continue to support Trump beyond the January 20th inauguration “because of what he has done for this country the last four years” and despite Democrats’ renewed efforts to impeach him.

“I am a Trump Republican because he has done more for this country in four years than any of his predecessors,” Terrell said.

“And what I find amazing is that he gave the Republican Party a backbone, and all of a sudden we have spineless Republicans. I don’t want to mention their names — Adam Kinzinger, Chris Christie, Mitch Mulvaney — they have abandoned the President,” he added.

“And I’ll tell you right now, 75 million people will continue to support this President,” Leo continued. “The Democrats are afraid of Donald J. Trump because this man is going to be in the right position to run for re-election. This impeachment is all an attempt to try to stop Trump Republicans from supporting Donald Trump.”

“People who are loyal to Donald Trump, such as myself, will continue to support Donald J. Trump because of what he has done for this country the last four years,” he concluded.

They're Afraid of Him: @TheLeoTerrell says Establishment RINOs are trying to silence President Trump but America's conservatives will stay loyal to the President who fought for them. #MAGA #AmericaFirst #Dobbs pic.twitter.com/ERrqnpHc05