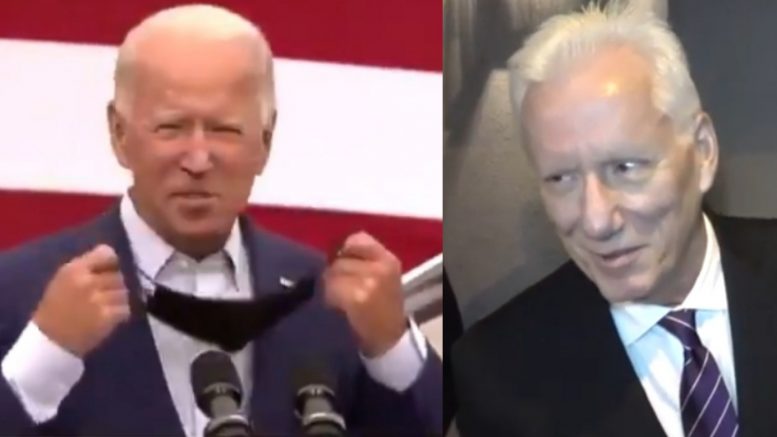 Joe Biden tried to persuade voters that he and his running mate Kamala Harris “will spend every minute of every day working” to make lives for Americans “better” if he is elected as President in November.

The former Vice President, who has made the statement in a tweet that was posted on Saturday.

“You deserve a President and Vice President who will spend every minute of every day working to make your life better,” Biden tweeted.

“I promise that’s exactly what @KamalaHarris and I will do,” he added.

After seeing the tweet, conservative actor James Woods responded with some words of wisdom for Biden, who has spent most of the election season campaigning from the make-shift studio in his basement.

Related Article: Biden Says ‘We Can Not Let Trump Destroy The USPS’, James Woods Reacts: “Go Back To The Cellar & Can Some Peaches”

“You’re stuffed in a basement pontificating about working harder than a guy who never stops,” Woods tweeted.

“Withdraw while you have a shred of dignity left,” he advised. See Below

You’re stuffed in a basement pontificating about working harder than a guy who never stops. Withdraw while you have a shred of dignity left. https://t.co/UggjxbeC4K

Prior to his response to Biden, Woods posted a video mocking the former VP over his entrance to a recent campaign event with dismal attendees.