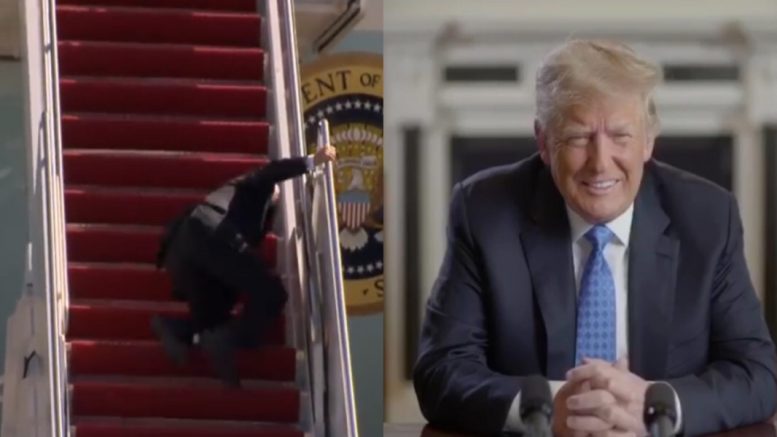 45th President Donald Trump said in a Sunday post on his social media platform Truth Social that Joe Biden is not an “old man” at 79 but suggested, however, that the Democrat career politician, among other people of his age, is not very “sharp”.

Biden, the oldest-ever U.S. president, has been under fire over his physical and mental fitness since before he even took office.

“President Biden is one of the oldest 79s in History, but by and of itself, he is not an old man,” 45 President Trump wrote on Truth Social.

“There are many people in their 80s, and even 90s, that are as good and sharp as ever. Biden is not one of them, but it has little to do with age. In actuality, life begins at 80!” he said.

Reports have been circulating that even Biden officials have expressed concern about their boss’ age. A New York Times report released Sunday cites aides saying that Biden has shown a decline in energy levels and now “shuffles” when he walks, prompting concerns that he may trip over wires, Daily Mail reported.

Staffers told the Times they find themselves holding their breath during Biden’s speaking engagements to see if he makes it to the end without a blunder. Democratic strategists have also voiced concerns that it might be “unwise” for Biden to seek a second term, noting that he would be 86 by the time it ended, per Daily Mail. Continued Below 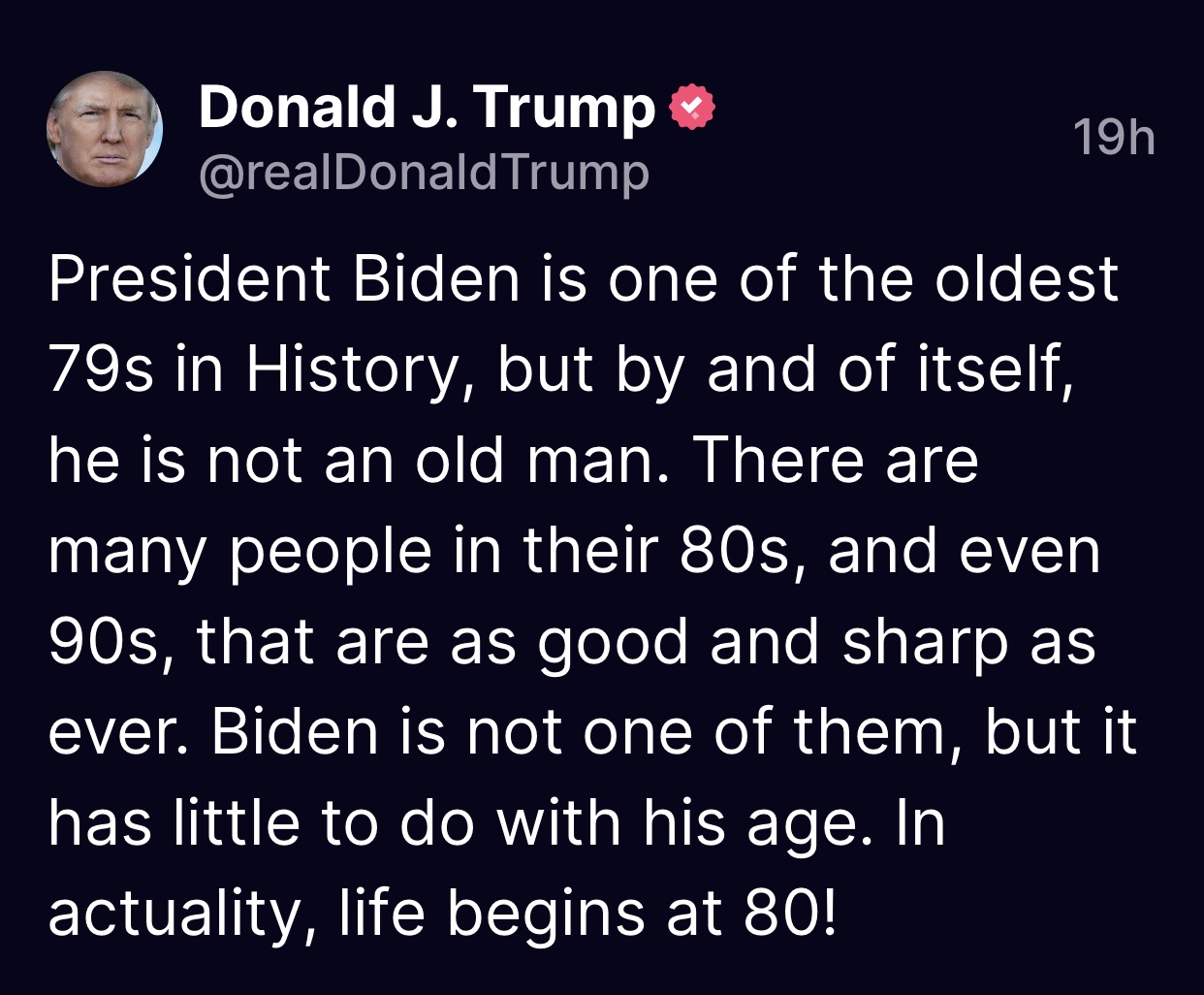 Last month, Joe Biden fell off his bike during a ride near his beach house in Delaware.

In March of 2021, Biden repeatedly fell as he climbed up the steps of Air Force One on Friday, while he attempted to board the aircraft at Joint Base Andrews for a flight to Atlanta, Georgia.

Joe Biden just fell 3 times in a row trying to go up the stairs to Air Force One pic.twitter.com/gTUTckUH32