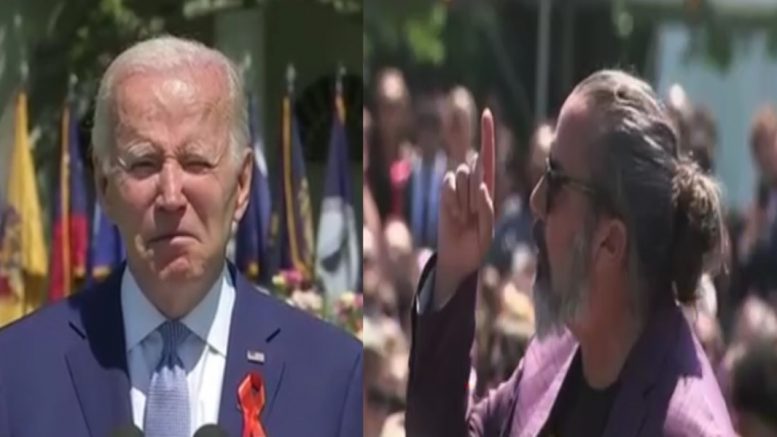 79-year-old Joe Biden on Monday was heckled by a guest in the middle of his gun control speech — during an outside event at the White House.

Biden delivered remarks to celebrate the passage of last month of the “Bipartisan Safer Communities Act”.

“Sit down! You’ll hear what I have to say,” Biden told Manuel Oliver, who lost his son during the Parkland massacre.

Manuel Oliver spoke earlier on CNN ahead of the event:

Manuel Oliver to CNN on what he'd tell Biden today: "It's been a while that I've been calling out…using the word celebration, getting together, is like we're going to a party, to a wedding…it's not…enough…There was no reason for this event to be called as it's called[.]" pic.twitter.com/UiZ5ECA7qy

(Related: Trump on Senate ‘Gun Control’ Bill: ‘Will go Down in History as the First Step in the Movement to TAKE YOUR GUNS AWAY’)

Sen. Kennedy: ‘The Creepy Banjo Kid in Deliverance is More Popular Than the President’