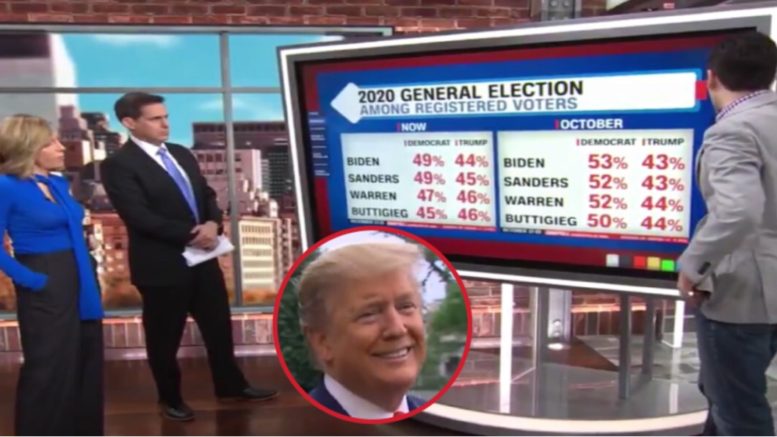 Friday on CNN, a new network poll revealed that President Donald Trump is surging in the general election polls against Democratic candidates.

CNN analyst Harry Enten compared polling data from October to December, describing how there is a “massive movement” toward the president.

Asked why the shift is moving toward President Trump, the CNN analyst taught his co-hosts a lesson on why:

“That is in fact, the best numbers since we’ve had since the beginning of not just this past decade, but the last decade,” Enten declared. (Continued Below)

“The President is becoming more popular, in part I believe, because what people view as a strong economy,” Enten said.

Alisyn Camerota seemed to agree and then suggested that voters may believe President Trump is the only candidate that can convince people that “only he can steward this economy– that it wouldn’t just be on automatic piolet”. (Video Below)

Harry Enten explains on CNN that Trump is suddenly surging in the general election polls.

Alisyn Camerota responds, “Do we have any sense why?”