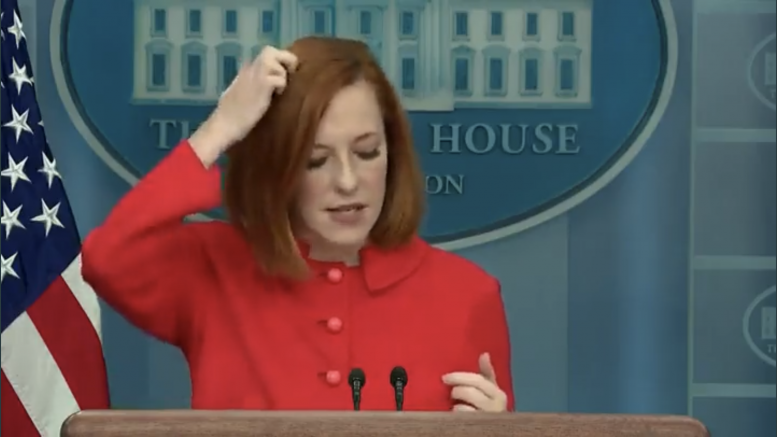 White House press secretary Jen Psaki, during a briefing on Monday, told reporters to expect “extraordinarily elevated” inflation numbers when the Consumer Price Index report is released on Tuesday by the Bureau of Labor and Statistics.

Psaki, however, blamed Russian President Vladimir Putin for causing higher prices due to the war in Ukraine.

“Because of the actions we’ve taken to address the Putin price hike, we are in a better place than we were last month, but we expect March CPI headline inflation to be extraordinarily elevated due to Putin’s price hike,” Psaki told reporters.

“We expect a large difference between core and headline inflation, reflecting the global disruptions in energy and food markets,” she said, adding that “core inflation doesn’t include energy and food data while headline data does.”

Inflation hit a fresh 40-year high in February, largely driven by higher gas prices. The consumer price index climbed 7.9% on an annual basis, according to data released last month by the Bureau of Labor Statistics. Month-over-month, inflation rose 0.8%. The year-over-year reading is in-line with estimates and compares with an annual 7.5% jump in January, marking the fastest increase since February 1982, when inflation hit 7.6%, Fox Business reported.

This is now the second month in a row that the White House has blamed “Putin’s price hike” for high inflation numbers. The CPI report is expected to be released Tuesday morning. Video Below

White House correspondent for Fox News Peter Doocy grilled White House press secretary Jen Psaki last month over whether the Biden administration is “going to start blaming” Putin “for everything until the midterms”, as previously reported by The Freedom Times.

Psaki in response, blamed the “price of gas” going up ” because Putin “lined up troops on the border of Ukraine”, even though gas was vastly surging before the invasion.

“The president’s statement blames the Putin price hike — are you guys just gonna start blaming Putin for everything until the midterms?” Doocy wondered.

Doocy to Psaki: "Are you guys going to start blaming Putin for everything until the midterms?" pic.twitter.com/OSWwOBWZLc