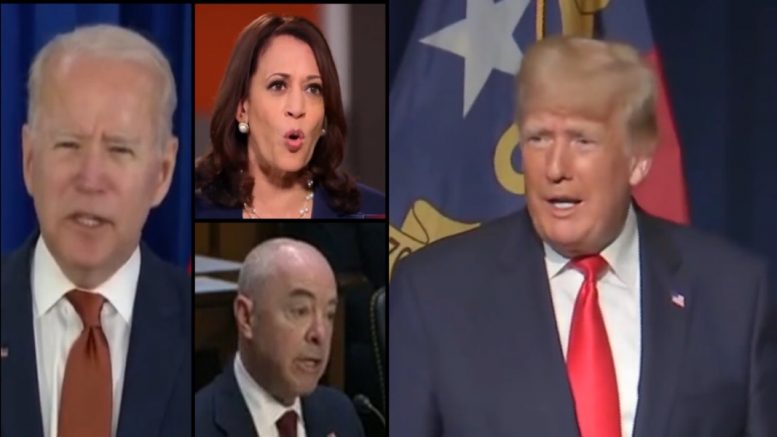 The 45th Commander in Chief issued a statement Wednesday via email from his “Save America” PAC regarding the nation’s “recently secured Southern Border”, warning that the Biden administration does “not have long to act as our Country is being destroyed!”

Former President Donald Trump’s remarks come as Kamala Harris was appointed “border czar” in March to lead the administration’s efforts to stem the flow of illegal immigrants seeking entry to the U.S. at the southern border. Most recently, she visited Guatemala and Mexico to determine the “root causes” of migration. Harris, however, has not bothered to visit the U.S./Mexico border amid the border crisis.

Our recently secured Southern Border is now worse than ever before. At no time in our Country’s history has anything so outrageous taken place.

The Biden Administration stopped construction of the small remaining openings in areas of the almost 500 mile long wall, have taken away all authority from our great Border Patrol, and have ended such long fought for policies including Remain in Mexico, Safe Third Agreements, and our hugely-successful program that completely stopped Catch-and-Release.

Millions of people are pouring through our Border, including many criminals being released from jails, for such crimes as murder, drug smuggling, and human trafficking.

In the history of our Country, it has never been more dangerous or worse. They do not have long to act as our Country is being destroyed! Continued Below 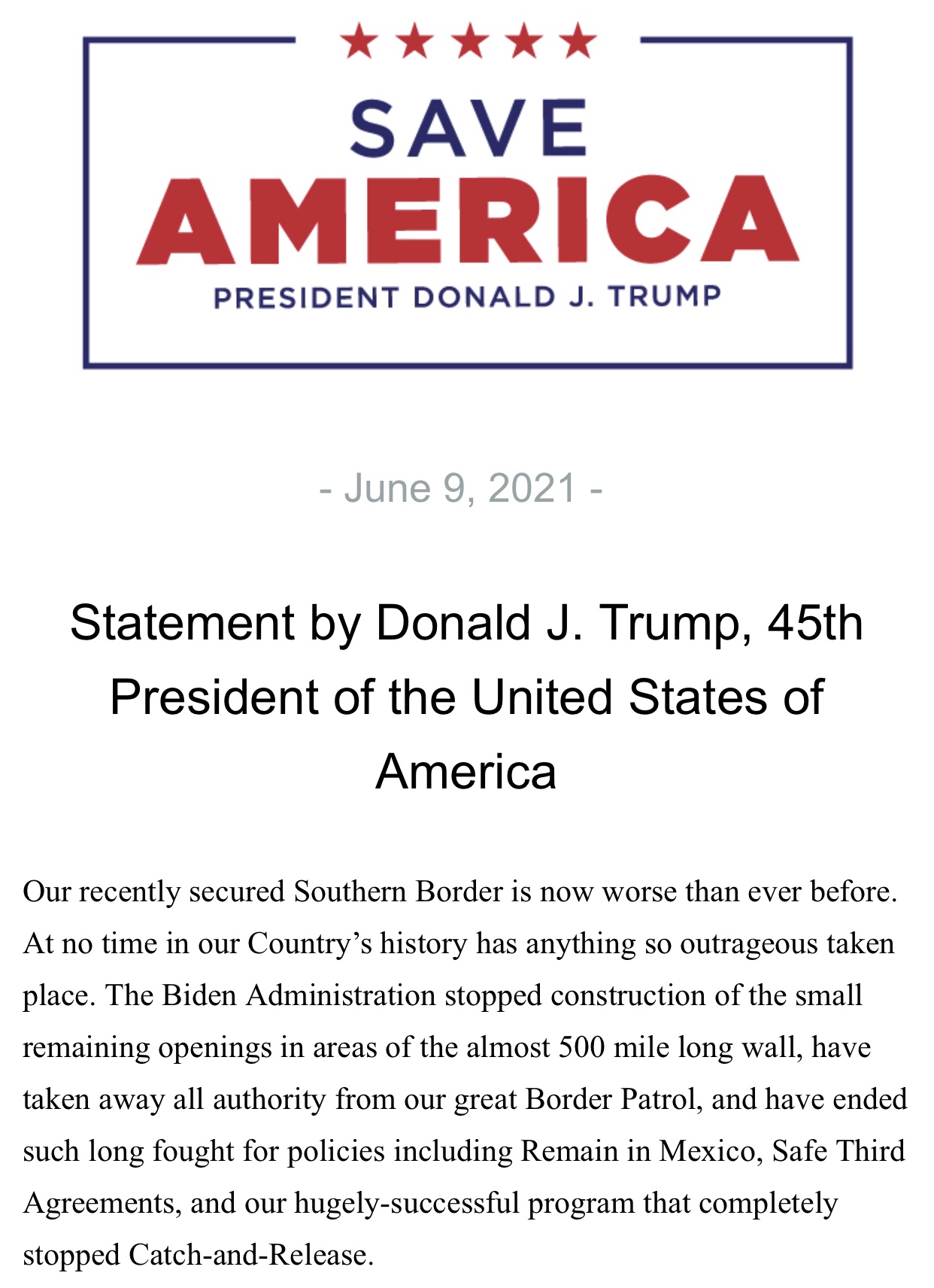 During an interview on NBC News’ “Today” show this week, Harris failed to explain why she has not visited the border.

Harris did claim, however, that going to the border would be nothing more than “grand gestures“.

A reporter just asked VP Kamala Harris why she and President Biden have refused to visit the Southern border to see the crisis firsthand.

Her response—delivered from a podium in Guatemala—was that going to America’s border would be nothing more than “grand gestures.” pic.twitter.com/ExbUfi5dVv

The border czar also alleged to a reporter that she “will go” to the border.

"Listen. I've been to the border before and I will go again.

But when I'm in Guatemala, dealing with root causes, I think we should have a conversation about what's going on in Guatemala."

Kamala Harris rolls her eyes when asked about visiting the borderpic.twitter.com/sKgesHiDu5

Kamala Harris has gone 77 days without a visit to border since Joe Biden appointed her to be the border czar.

(Related: 45th President Trump On Biden’s Border ‘Crisis’: “It’s Going To Get Much, Much Worse… It’s A Disgrace”)