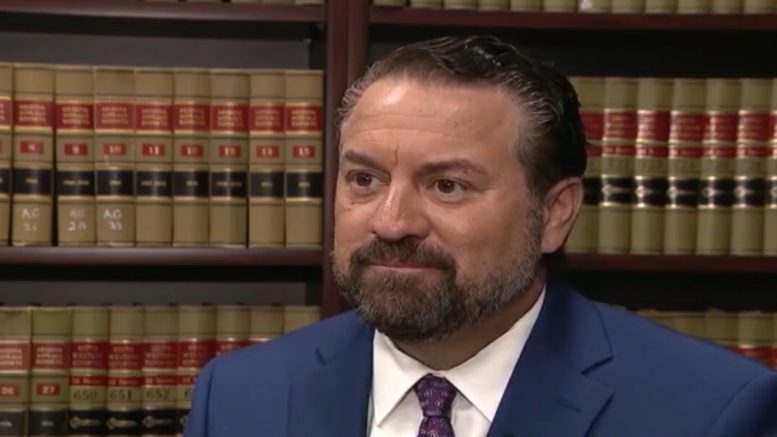 Arizona Attorney General Mark Brnovich (R) announced on Thursday that his office (AGO) determined the Maricopa County Board of Supervisors (MCBOS) is in violation of state law for failing to comply with the Arizona Senate’s legislative subpoena related to the 2020 election audit.

Arizona Attorney General Mark Brnovich’s announcement comes after Arizona State Senator Sonny Borrelli (R) filed a 1487 request to the Arizona attorney general earlier in the month, calling for an investigation into the Maricopa County Board of Supervisors after the County defied the subpoena from the state Senate.

Brnovich concluded that the request for the routers as part of the audit of the state’s November 2020 elections was lawful and upheld by the courts and the county’s refusal to comply was a violation of state law.

He warned any further delay by the Maricopa County Board of Supervisors (MCBOS) would result in a substantial financial penalty.

“If MCBOS fails to resolve the violation within 30 days, the AGO, in accordance with state law, will notify the Arizona Treasurer to withhold state revenue from Maricopa County until MCBOS complies,” his office said. Continued Below

“Once they are found — and I believe they will be — to be non-compliant, then they get docked their state revenue share 10%, which is 63 million dollars,” State Sen. Wendy Rogers told OAN’s Natalie Harp earlier this month, as previously reported by this publican.

“So maybe we don’t have the votes to hold them in contempt and put them in jail as I’ve called for, so that’s fine. We will find other means. We will hit them where it hurts,” Rogers added.

“The Arizona Audit of the 2020 election is still underway. At this time, the AGO has not received any official report related to the Senate’s audit, but stands ready to review the official findings and any information submitted after a final report is completed by the Senate,” the Arizona attorney general’s office also added. Continued Below

Arizona Attorney General Mark Brnovich tweeted on Thursday, “Our office just notified the Maricopa County Board of Supervisors that it is in violation of state law for failing to comply with AZ Senate’s subpoena. The County has 30 days to change course or lose state-shared funds. The rule of law must be followed.”

Our office just notified the Maricopa County Board of Supervisors that it is in violation of state law for failing to comply with AZ Senate’s subpoena. The County has 30 days to change course or lose state-shared funds. The rule of law must be followed.https://t.co/IpJwWZmLxX

Their level of obstruction has been unprecedented. It further demonstrates what I have been saying all along – what do they have to hide? (2/2)

Paper ballots only. One day of voting. National holiday. Encrypted watermarks. Easy forensic audits. Counting by precinct only. No absentee except military & disabled – they have to be requested each election individually with voter ID. Voter ID for voting in person. Too easy!

Related: Trump On Thursday’s AZ Audit Hearing: “Arizona Shows Fraud & Voting Irregularities Many Times More Than Would Be Needed To Change The Outcome Of The Election”)