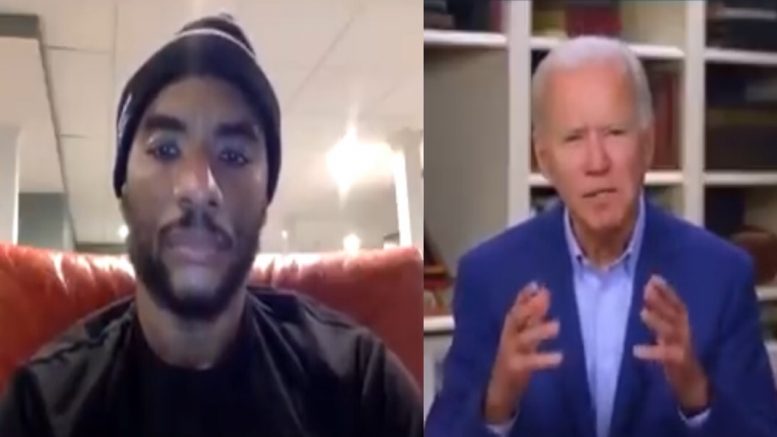 Biden was questioned during the event, which was organized by the Service Employees International Union, about Trump’s tendency to refer to COVID-19 as the “China virus” or “Wuhan virus”, The Hill reported.

“What President Trump has done in his spreading of racism … the way he deals with people based on the color of their skin, their national origin, where they’re from, is absolutely sickening,” Joe Biden said.

“No sitting president has ever done this,” Biden continued. “Never, never, never. No Republican president has done this. No Democratic president. We’ve had racists, and they’ve existed. They’ve tried to get elected president. He’s the first one that has.”

“I really wish Joe Biden would shut the eff up forever and continue to act like he’s starring in the movie ‘A Quiet Place’ because as soon as he opens his mouth and makes noise, he gets us all killed, OK?” Charlamagne said. Continued Below

“There’s already so many people who are reluctantly only voting for Joe Biden because he’s the only option and because Donald J. Trump is that trash,” the radio host said.

He explained that of registered voters, based off a poll, that 37% are enthused to vote for Biden, but noted that 60% are more enthused about “voting against Trump”, adding: “Now on the flip side, the people that would vote for Trump, 70% are enthused about actually voting for Donald, okay? … The moral of the story is: people aren’t’ enthused about Biden, they just don’t like Trump. … That’s not a great motivator. That’s not something that makes you get up on election day and say, ‘Hey! I have to vote.'”

In May, Biden told Charlamagne Tha God during an interview: “If you have a problem figuring out whether you’re for me or Trump, then you ain’t black.”