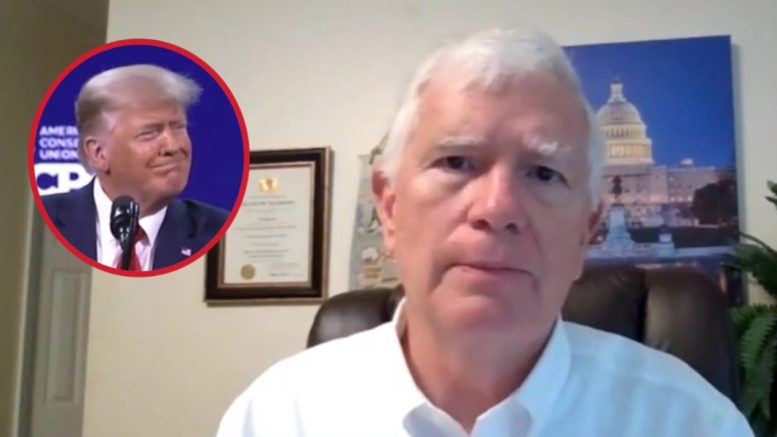 Congressman Mo Brooks (R-AL), during a Tuesday interview on “War Room Pandemic”, told host Steve Bannon over the 2020 November general election, “In my judgement, if we only counted votes lawfully cast by eligible Americans citizens, Donald Trump won the election”.

Rep. Brooks suggested Democrats stole the election through unconstitutional and alleged illegal schemes when mail-in-ballots were counted well beyond Election Day on November 3, 2020– essentially extending Election Day. He clarified by breaking it down into what he sees as “three different categories”.

“Second, the United States Constitution– in Article 1, Section 4 of the election clause– mandates that Congress and legislatures are the ones authorized to set the times, places, and manners of elections,” he explained.

“Third, you have the United States code that sets the day of an election as the first Tuesday after the first Monday in November. We all know what a day is. It’s a 24 hour period in which you cast your votes, and United States code has certain limited exceptions where you’re not in that precinct on the day of the election, you’re gone, like military personal who are overseas. There are exceptions for people to vote outside of that 24 hour window, but those exceptions are limited,” he said. Continued Below

“How do you not count all of those illegals ballots that were cast outside of that 24 hour window established by the United States code, with the limited exceptions for absentee ballots where you are physically or unable to get to the precinct on election day?” Rep. Brooks asked.

“We’re talking about massive fraud, massive election theft violations, and probably tens of millions of ballots that were cast in violation of federal statutory law or Article 1, section 4 of the United States Constitution. And of course, the non-citizen voting problem, along with people who are dead voting, and people who don’t even exist voting,” he said.

When asked if there is any doubt in his mind given the evidence that he has seen– if Joe Biden lost the 2020 election, Rep. Brooks believes President Trump won with legal votes. Video Below

“Let me phrase it this way: In my judgement, if we only counted votes lawfully cast by eligible American citizens, Donald Trump won the election,” the Alabama congressman said.

Jon Voight On Trump Shielding America From COVID-19: “A Man That Will Protect His Country Till The End With Dignity, Honor, Respect & Love”