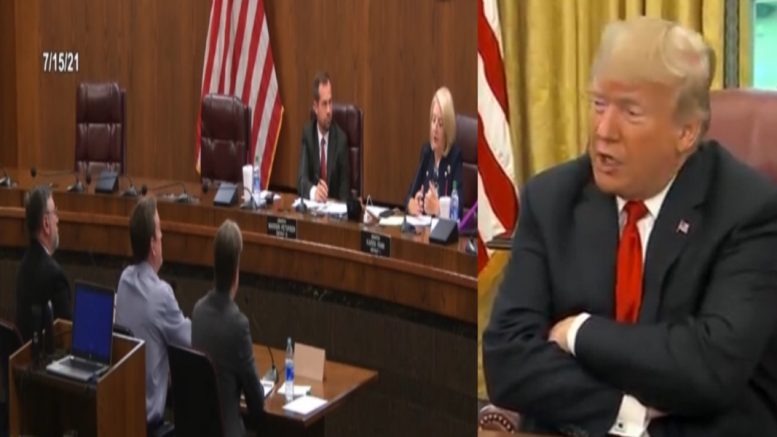 45th President Donald Trump issued a statement Friday via email from his “Save America” PAC, calling out “Fox News and other media outlets” for “incorrectly” reporting “outdated” information over the 2020 November general election as new evidence is being revealed.

Trump’s statement comes after the Arizona State Senate held a hearing Thursday over their forensic audit being conducted for Maricopa County.

Fox News and other media outlets incorrectly side with the outdated and terrible Maricopa County Election Board to report no fraud found in the Presidential Election.

They spew the gross misinformation purposefully put out by the county and the Associated Press, and IGNORE the very important Arizona Senate’s hearing yesterday, which showed 168,000 fraudulent ballots printed on illegal paper (unofficial ballots), 74,000 mail in ballots received that were never mailed (magically appearing ballots), 11,000 voters were added to the voter rolls AFTER the election and still voted, all the access logs to the machines were wiped, and the election server was hacked during the election.

They sided with the County and not the brave Arizona Senate who is fighting for the people of Arizona.

The same anchor at the desk the night Fox called Arizona for Joe Biden now wants you to believe there was no fraud. The anchor was Bret Baier. Continued Below

Thankfully, Arizona has strong State Senators willing to fight for the truth.

Senator Wendy Rogers says “I have heard enough. It’s time to decertify this election.” Senator Kelly Townsend said the fraud was so bad “I want to see indictments.” Senator Sonny Borrelli says “I’ve seen enough evidence to challenge the validity of the certification of the Maricopa County Election results.”

Arizona shows Fraud and Voting Irregularities many times more than would be needed to change the outcome of the Election. Continued Below 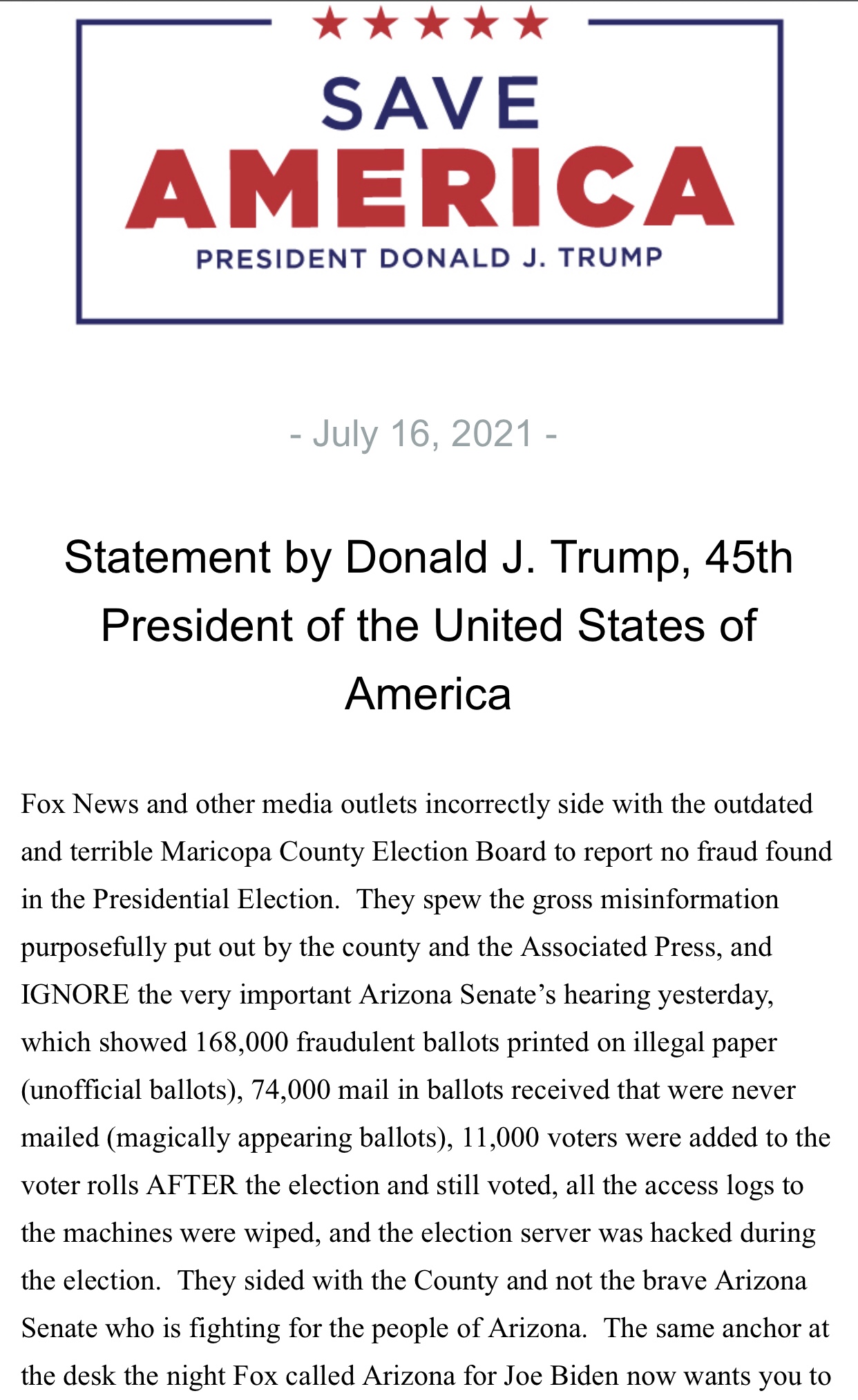 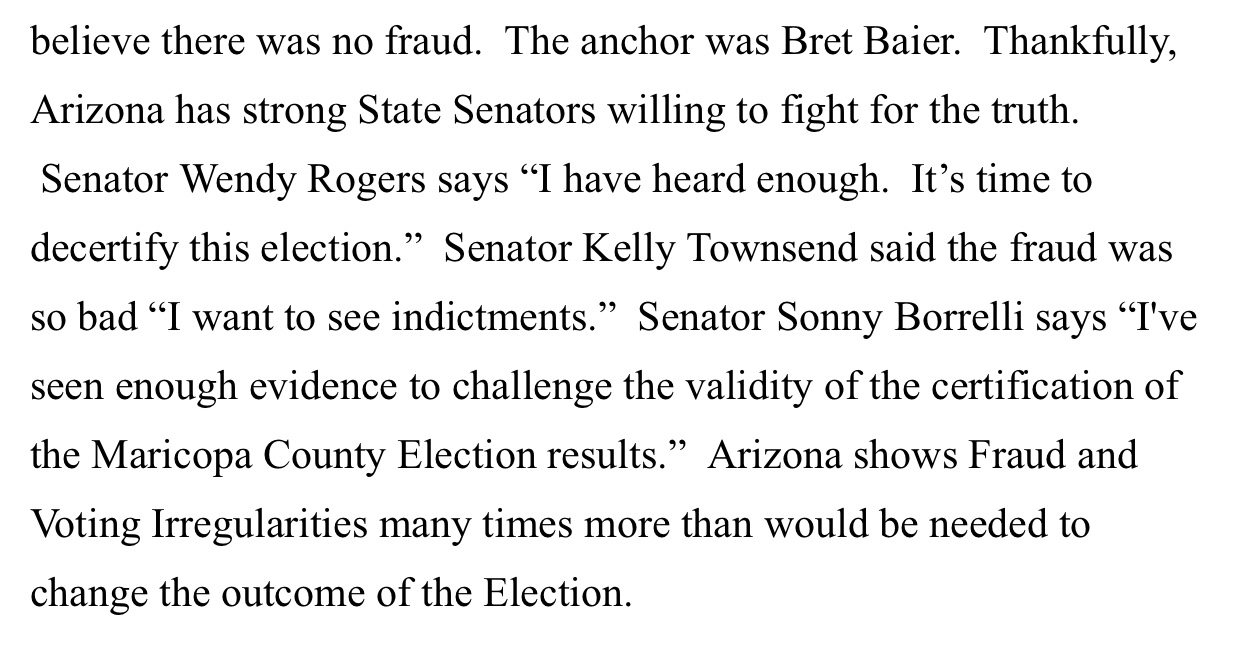