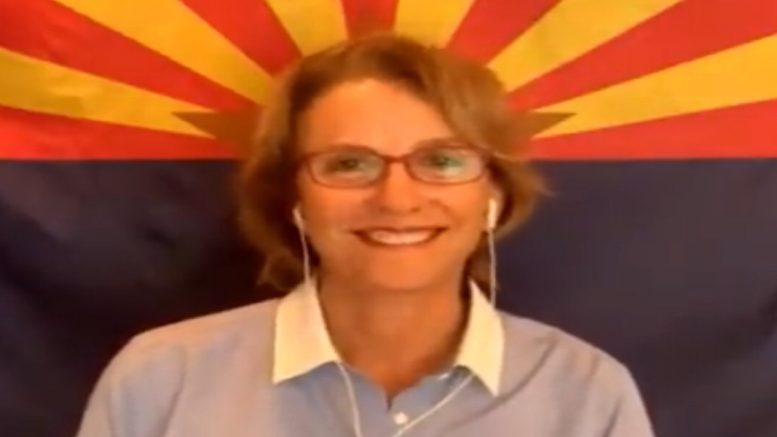 Arizona State Senator Wendy Rogers (R) shared the documents in a tweet, warning: “BREAKING: The Arizona Senate issues two more subpoenas today. One to the Maricopa Board of Supervisors and one to Dominion. I would not blow these off!”

BREAKING: The Arizona Senate issues two more subpoenas today. One to the Maricopa Board of Supervisors and one to Dominion. I would not blow these off! pic.twitter.com/0raxVODUS0

The Republican-controlled board was also commanded to provide all findings concerning any systems breach that took place within six months of the November 3, 2020, election, as well as all usernames and passwords for machines used in the election.

The board was also told to appear at the Arizona State Capitol for a hearing on Aug. 2. Failure to comply may constitute contempt of the Legislature, the board was told. Continued Below

Senators also subpoenaed information from Dominion Voting Systems, whose machines Maricopa County leases. Dominion said in a statement to news outlets that it wouldn’t comply with the subpoena, which seeks administrative passwords for the machines, The Epoch Times reported.

The subpoenas come after 45th President Trump delivered remarks at Turning Point Action in Tucson, Arizona on Saturday, in which he discussed in part the routers that Maricopa County is denying access to– to complete the forensic audit.

There are those who are for #ElectionIntegrity and then there are traitors. No middle ground.

Forensic Audits are BASED. Letting people steal elections is CRINGE.

Arizona Sen. Wendy Rogers, a Republican who still backs the audit, told The Epoch Times that she thinks the breakaway Republicans will eventually support the review again.

Follow me on Telegram and Gab for when I am booted. I will be next.https://t.co/thUZA6fK63https://t.co/VWNmppA4nS pic.twitter.com/DA6IcyRONG

They are scared that we will #AuditAll50States.