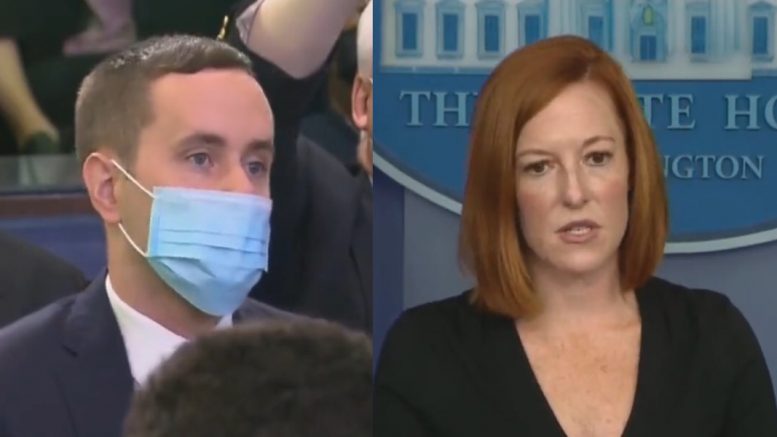 The documents indicate that Major bit members of the Secret Service eight days in a row in early March — though only one such incident was publicly acknowledged.

As reported in part by Judicial Watch:

Judicial Watch announced [Wednesday] that it received 36 pages of records communications from the Secret Service that show the Bidens’ dog Major was responsible for numerous biting incidents of Secret Service personnel.

One email notes that “at the current rate an Agent or Officer has been bitten every day this week (3/1-3/8) causing damage to attire or bruising/punctures to the skin.” The documents show that agents were advised to protect their “hands/fingers” by placing their hands “in their pockets.” Photos of the dog bite injuries were redacted (blacked out) by the agency.

“We’re sure Major is a good dog but these records show he was involved in many more biting incidents than the Biden White House has publicly acknowledged,” stated Judicial Watch President Tom Fitton. “It is disturbing to see a White House cover-up of numerous injuries to Secret Service and White House personnel by the Bidens’ family pet.” Continued Below

During a White House briefing on Friday, press secretary Jen Psaki was asked about the emails released over Joe Biden’s dog and the White House not being transparent over a minor story.

“Yesterday, the conservative transparency group, Judicial Watch, released secret service records on dog bites involving the First Dog, Major. One email said secret service agents were bitten every single day, for eight days, through March 1 through March 8. … At a March 9 briefing, you only described one biting incidence to us and described the dogs as being ‘whisked back to Delaware on a preplanned trip to family and friends” the White House reporter said.

“Obviously, that is not the world’s most important story, but it’s significant because we expect honest information, even for minor stories. So can you explain to us why there was kind of a misleading how it was presented to us. And if we can’t get honest information for minor stories, why should we have faith in the Administration’s account for larger issues like Afghanistan?” he pressed Psaki. Continued Below

The white house press secretary diverted from answering why reporters would “have faith in the Administration’s account for larger issues”.

“As we have stated previously, Major has had some challenges adjusting to life in the White House. He has been receiving additional training, as well as spending some time in Delaware where the environment is more familiar to him and he is more comfortable. I don’t have any additional specifics, but I think that speaks to where Major is located, to be fully transparent in your ongoing interest in the dog,” Psaki said.

Psaki is asked about reports about the First Dog “Major” and his habit of biting Secret Service agents:

“If we can’t get honest information about minor stories, why should we have faith in the Administration’s account for larger issues like Afghanistan?” pic.twitter.com/AX5QuVBiSb