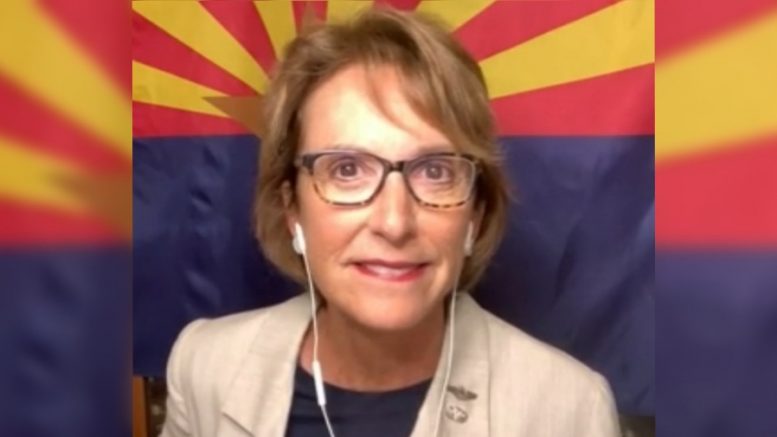 “We’re not having it and we are going after them,” Arizona state Senator Wendy Rogers said in response to the Maricopa County Board of Supervisors continuing to be ‘dismissive’ towards the forensic audit of the county’s 2020 election results.

County officials have defied subpoenas that were recently issued by the Arizona senate to gain access to splunk logs, voter records, routers, user names, passwords and security keys for election machines. As a result, Sonny Borrelli, Arizona State Senate Majority Whip (R), filed a 1487 request to Arizona Attorney General Mark Brnovich (R), calling for an investigation into the Maricopa County Board of Supervisors.

Related Article: AZ Sen. Rogers: ‘The Goal Is to Have Other States Do It’ – ‘You Don’t Have to Have a Smoking Gun to Decertify’

Appearing for an interview The Real Story, Sen. Rogers vowed to “hit” Maricopa County officials “where it hurts” if they are found to non-compliant by AG Brnovich.

“Once they are found — and I believe they will be — to be non-compliant then they get docked their state revenue share 10%, which is 63 million dollars,” Sen. Rogers told OAN’s Natalie Harp.

“So maybe we don’t have the votes to hold them in contempt and put them in jail as I’ve called for, so that’s fine. We will find other means. We will hit them where it hurts,” she declared. Video Below