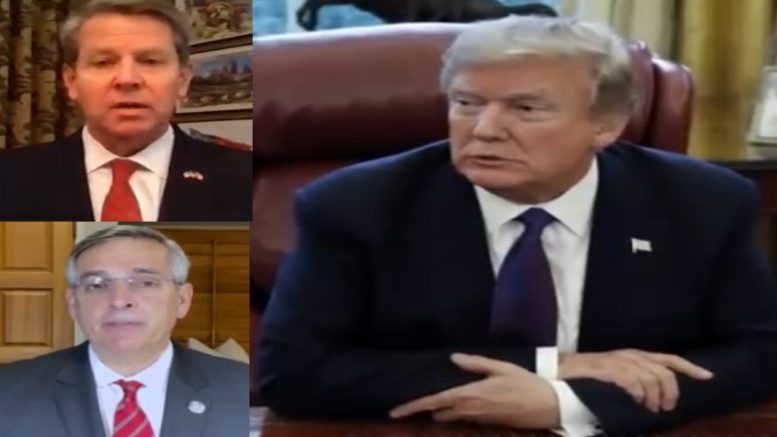 Former President Donald Trump released a statement via email from his Save America PAC Tuesday, doubling down on Georgia’s “far too weak and soft” election reform bill, which was recently signed into law by Republican Governor Brian Kemp.

Earlier in the day, the 45th President issued a statement, criticizing the bill as being “watered down” and suggested that “further” reforms are needed.

Georgia’s election reform law is far too weak and soft to ensure real ballot integrity! Election Day is supposed to be Election Day, not Election Week or Election Month. Far too many days are given to vote.

Too much “mischief” can happen during this very long period of time. You saw that in the 2020 Presidential Election. How’s Ruby Freeman doing?

Governor Brian Kemp and Georgia Secretary of State should have eliminated no-excuse, widespread mass Mail-In Voting, gotten rid of the dangerous and unsecure Drop-Boxes, and should have kept and EXPANDED Signature Verification to do matches against the historical voter file, among other things! Hope the RINOs are happy.

Kemp also caved to the radical left-wing woke mob who threatened to call him racist if he got rid of weekend voting. Well, he kept it, and they still call him racist! Continued Below 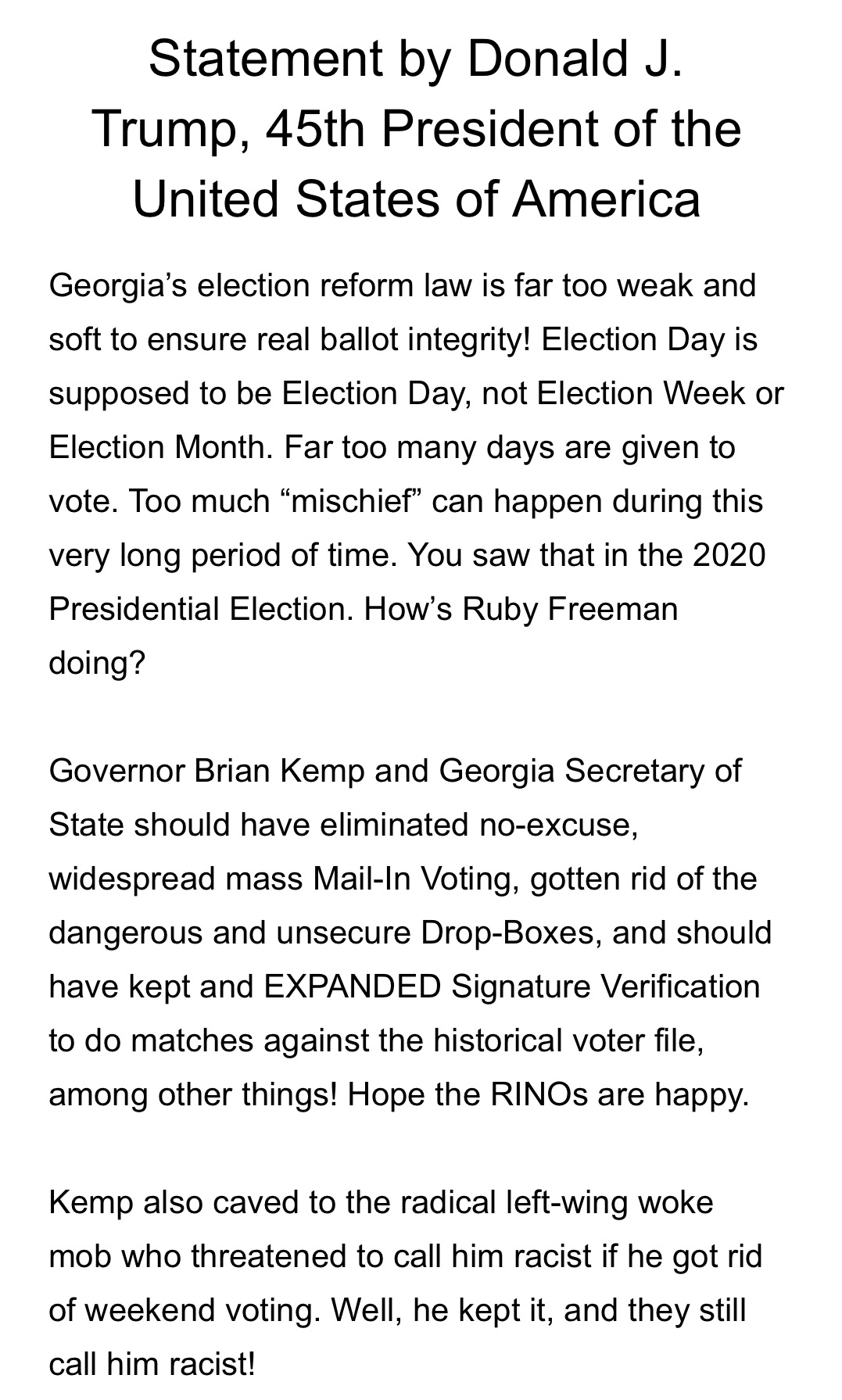 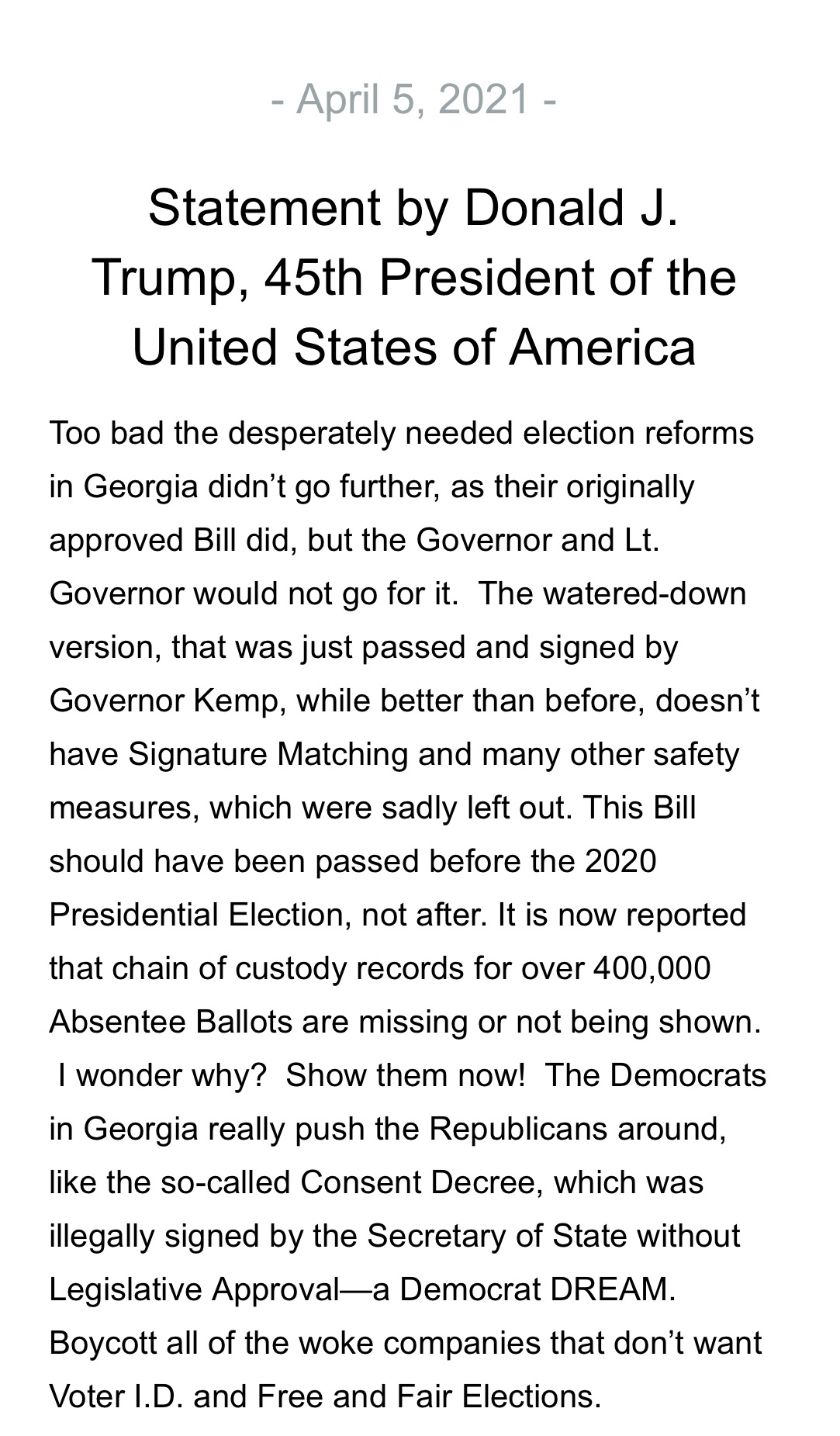 The 45th President also spoke to Newsmax on Tuesday; watch:

(Related: Trump Issues A Statement As Vast Changes To Georgia’s Electoral System Get Signed Into Law)