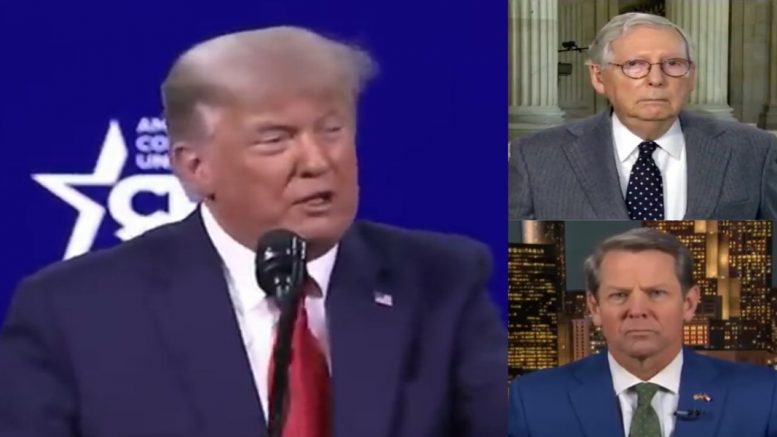 He also said that Senate Minority Leader Mitch McConnell (R-KY) cost the GOP in both the Georgia Senate seats for his “refusal to go above $600 per person on the stimulus check payments”, suggesting that Democrats “bought the Georgia election” by “touting $2,000 per person”.

The Wall Street Journal editorial page continues, knowingly, to fight for globalist policies such as bad trade deals, open borders, and endless wars that favor other countries and sell out our great American workers, and they fight for RINOS that have so badly hurt the Republican Party. That’s where they are and that’s where they will always be. Fortunately, nobody cares much about The Wall Street Journal editorial anymore. They have lost great credibility.

To set the record straight, there were two reasons the Senate races were lost in Georgia. First, Republicans did not turn out to vote because they were so angry and disappointed with Georgia Republican leadership and Governor Kemp for failing to stand up to Stacey Abrams and the disastrous Consent Decree that virtually eliminated signature verification requirements across the state (and much worse), and was not approved by the State Legislature as required by the Constitution—having a major impact on the result, a rigged election.

Second, Senator Mitch McConnell’s refusal to go above $600 per person on the stimulus check payments when the two Democrat opponents were touting $2,000 per person in ad after ad. This latter point was used against our Senators and the $2,000 will be approved anyway by the Democrats who bought the Georgia election—and McConnell let them do it!

Even more stupidly, the National Republican Senatorial Committee spent millions of dollars on ineffective TV ads starring Mitch McConnell, the most unpopular politician in the country, who only won in Kentucky because President Trump endorsed him. He would have lost badly without this endorsement. Continued Below 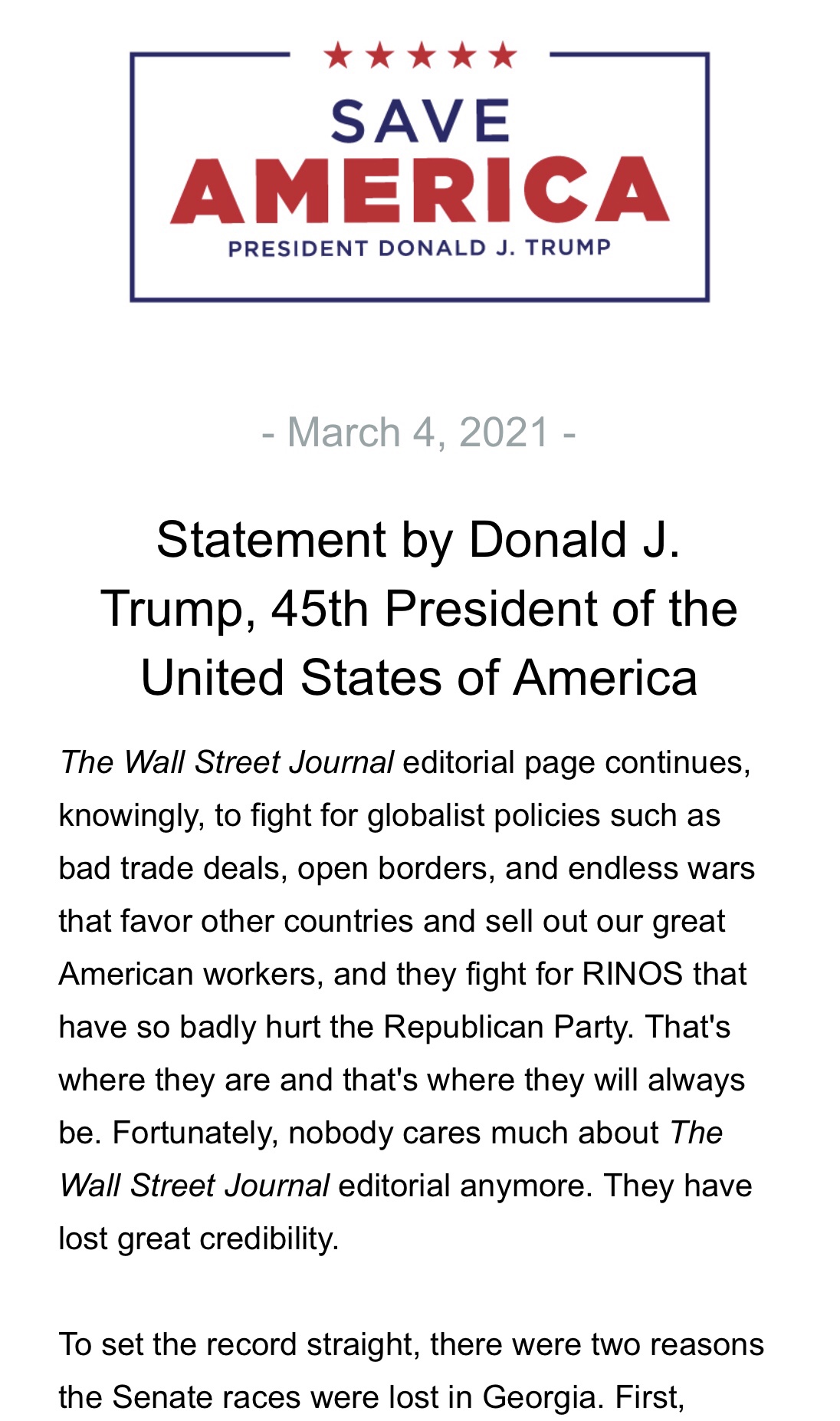 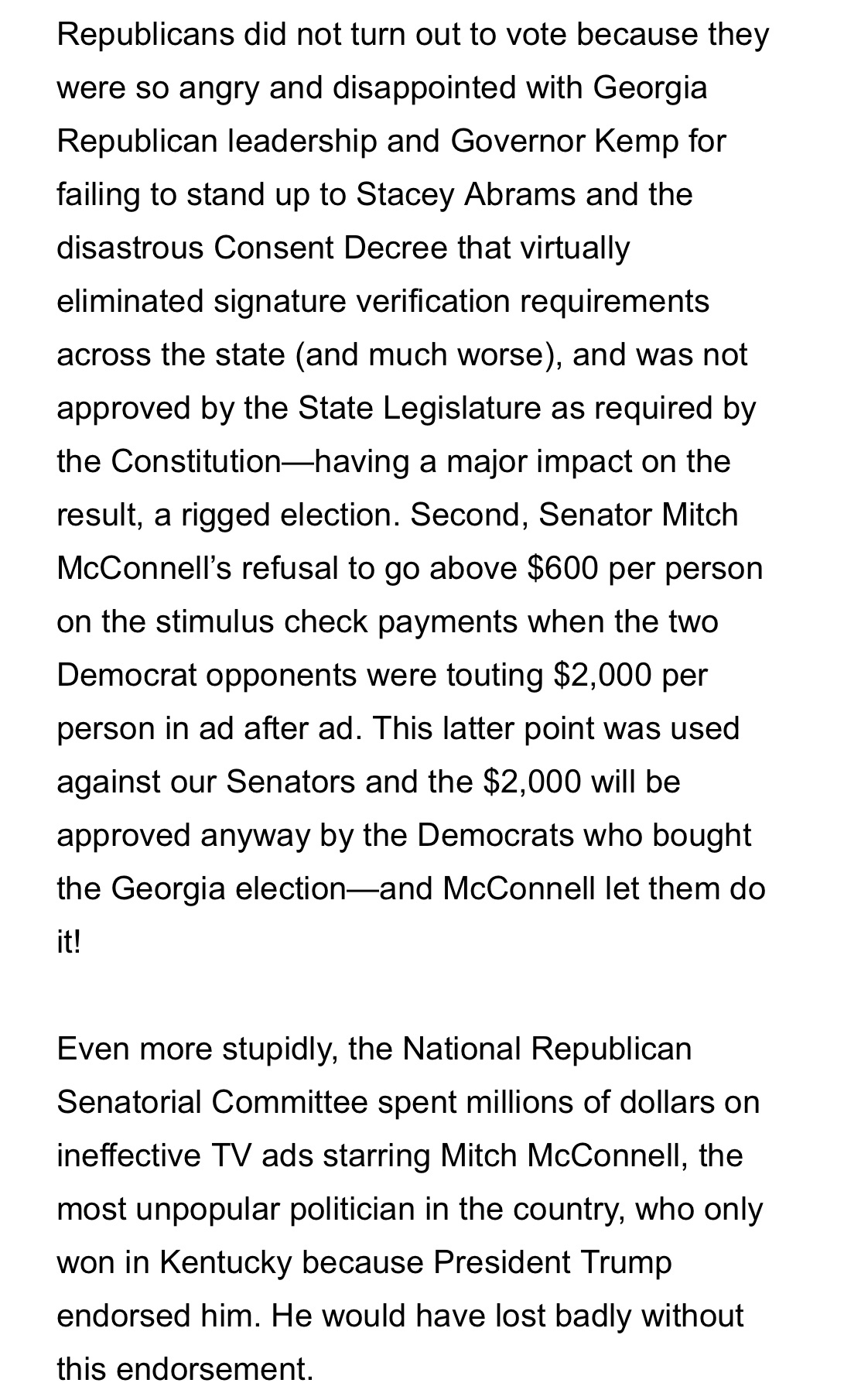 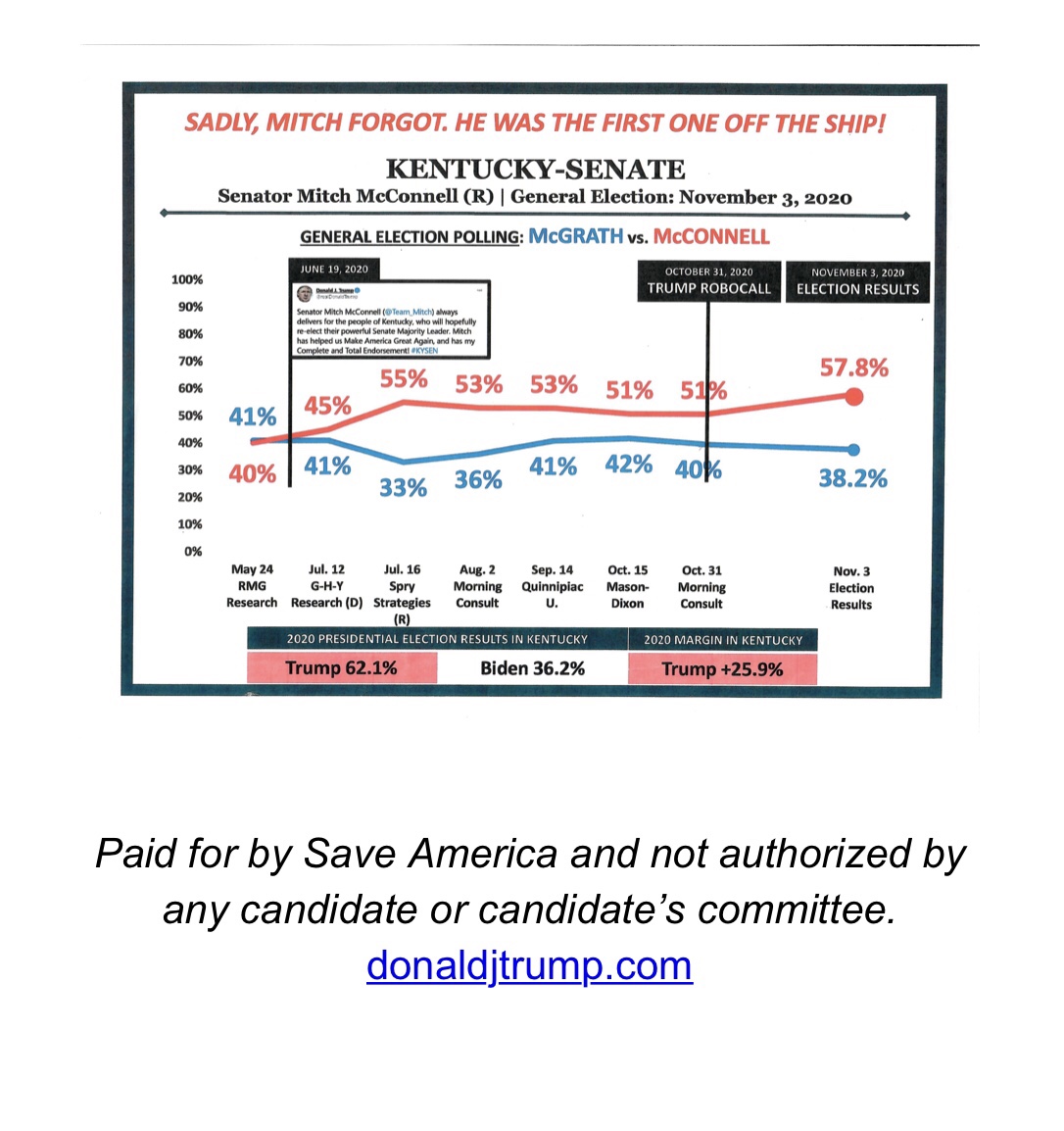