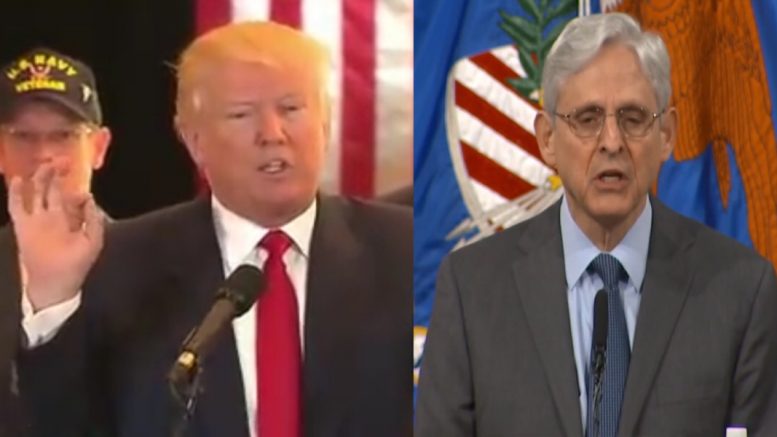 The 45th Commander in Chief issued a statement Saturday via email from his “Save America” PAC following remarks made by Attorney General Merrick Garland, who on Friday, announced alleged steps the Justice Department will take on voting rights and access, adding that his department will review new and current state voting laws for violations and provide guidance on early voting, audits, and voting by mail. He also said the department would double enforcement staff on the issue.

Garland further claimed the DOJ would scrutinize “post-election audits to ensure they abide by federal statutory requirements to protect election records and avoid the intimidation of voters,” a clear reference to the forensic audit being conducted for Maricopa County, Arizona, as previously reported by The Freedom Times.

The Department of Justice (DOJ) is adding more people onto its roles in order to fight against efforts to limit voting and, I assume, other illegal voting acts.

Based on that it would seem the DOJ has no choice but to look at the massive voter fraud which took place in certain Swing States, and I assume elsewhere, during the 2020 Presidential Election Scam.

Whether it be voting machines, underaged people, dead people, illegal aliens, ballot drops, ballot cheating, absentee ballots, post office delivery (or lack thereof!), lock boxes, people being paid to vote, or other things, the 2020 Presidential Election is, in my mind, the Crime of the Century.

Just look at what has happened to our Country, our Borders, our Economy, Inflation, and more in the last five months, and it will only get worse. If there is going to be honor and greatness for America, the voting irregularities and fraud of that election must be brought to light, immediately. Otherwise, we have no Country, certainly not a great one! Continued Below

This should not be an attempt by the Biden Administration to suppress the accountability of a dishonest election. That cannot be allowed to happen, nor can the events of the Presidential Election.

They want to cancel anything having to do with the result of that election because they know what was done. States cannot allow that to happen and should not be intimidated or suppressed by a government that wants nothing further to do with what took place during that period of time.

They want it over with because they seem to know what will be found, and that would be a disaster for them. There has never been a time like this in our Country—hopefully courage will prevail! Continued Below

JUST IN – Attorney General Merrick Garland announces that the Justice Department will scrutinize any post-election audits for evidence of voting law violations. pic.twitter.com/asXkJtXzby 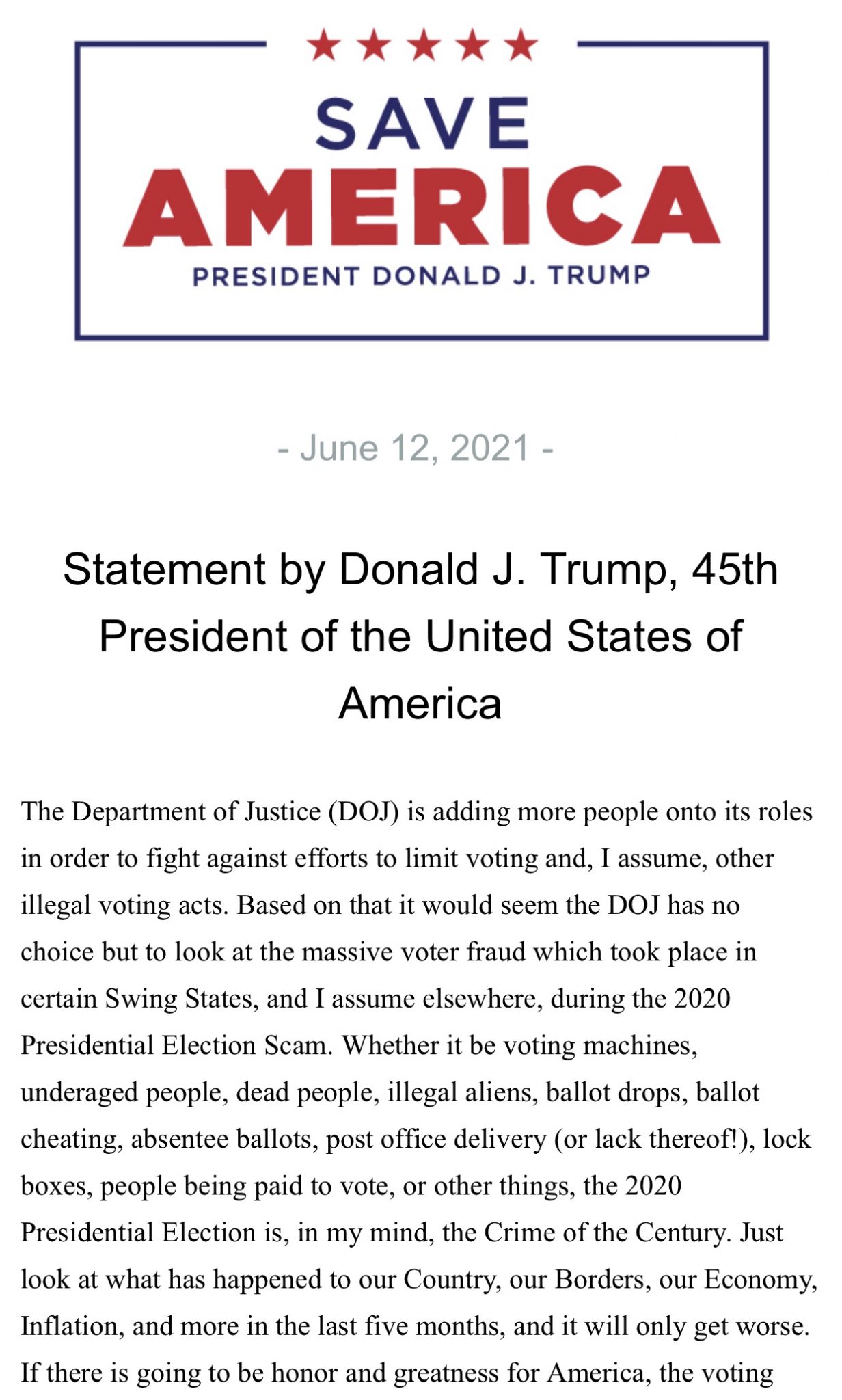 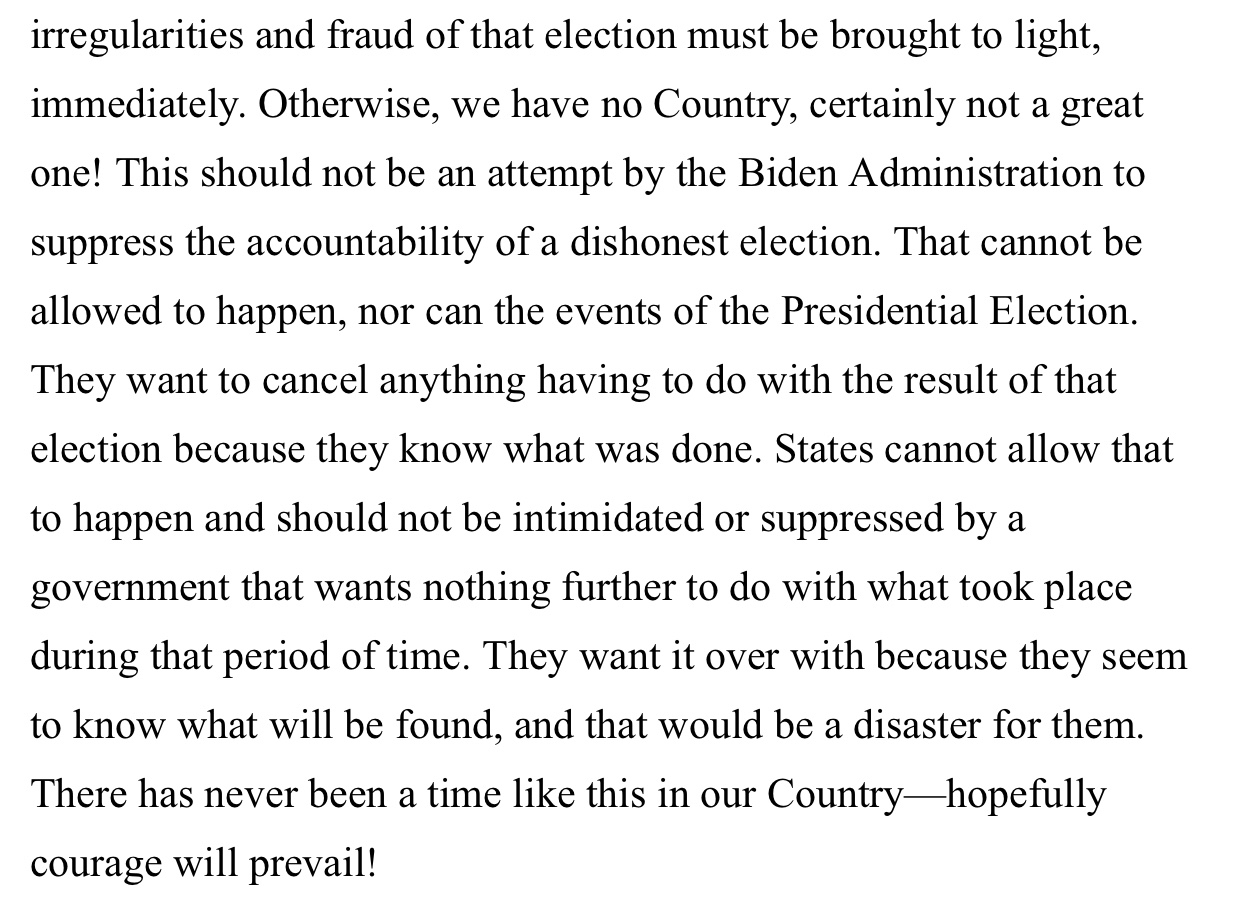 (Related: AZ State Rep. Jake Hoffman To The Biden Administration: “Stay The Hell Out Of Our Way”)