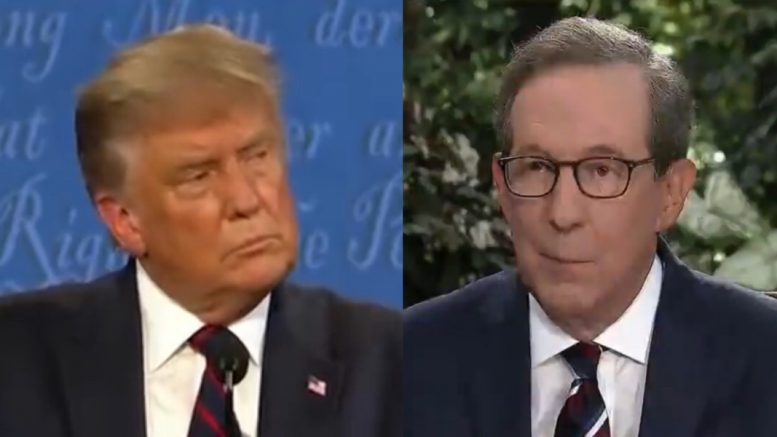 The 45th Commander in Chief issued a statement Monday via email from his “Save America” PAC, calling on Fox News to rid Chris Wallace from the cable news station and dubbed the anchor a terribly rated “‘almost’ Radical Left”.

Former President Trump has not been shy over his feelings toward Fox News employing the Democrat newsman. Last year he called Wallace a “wannabe” and wondered “what the hell is happening” to the network?

Trump wrote in his Save America PAC statement on Monday:

Why does Fox News keep Chris Wallace? His ratings are terrible, he’s “almost” Radical Left, he was acknowledged to have failed badly as a Presidential debate moderator (except for Biden who he totally protected!), and so much else.

Usually, these are not the qualities of a long-term stay!

It is not immediately clear what prompted the president’s statement regarding Wallace, however, a week earlier, Trump told Newsmax’s “Dick Morris Democracy” people “are angry” over Fox News coverage being more favorable for leftist political views. Continued Below

During the Trump administration, the negativity from liberal anchors at CNN (Jake Tapper, a former press secretary for Democrats), NBC (Chuck Todd, a former staffer for Democrats), and ABC (George Stephanopoulos, a former Democrat operative for former President Bill Clinton) permeated to Wallace, Trump lamented to Morris, a former Clinton adviser himself.

“He’d like to be Mike Wallace, that’s his father,” Trump said. “He was disastrous. He was your basic disaster. You know, it’s just he’s a very negative guy and the people don’t want to hear that. That’s why they tune out.” 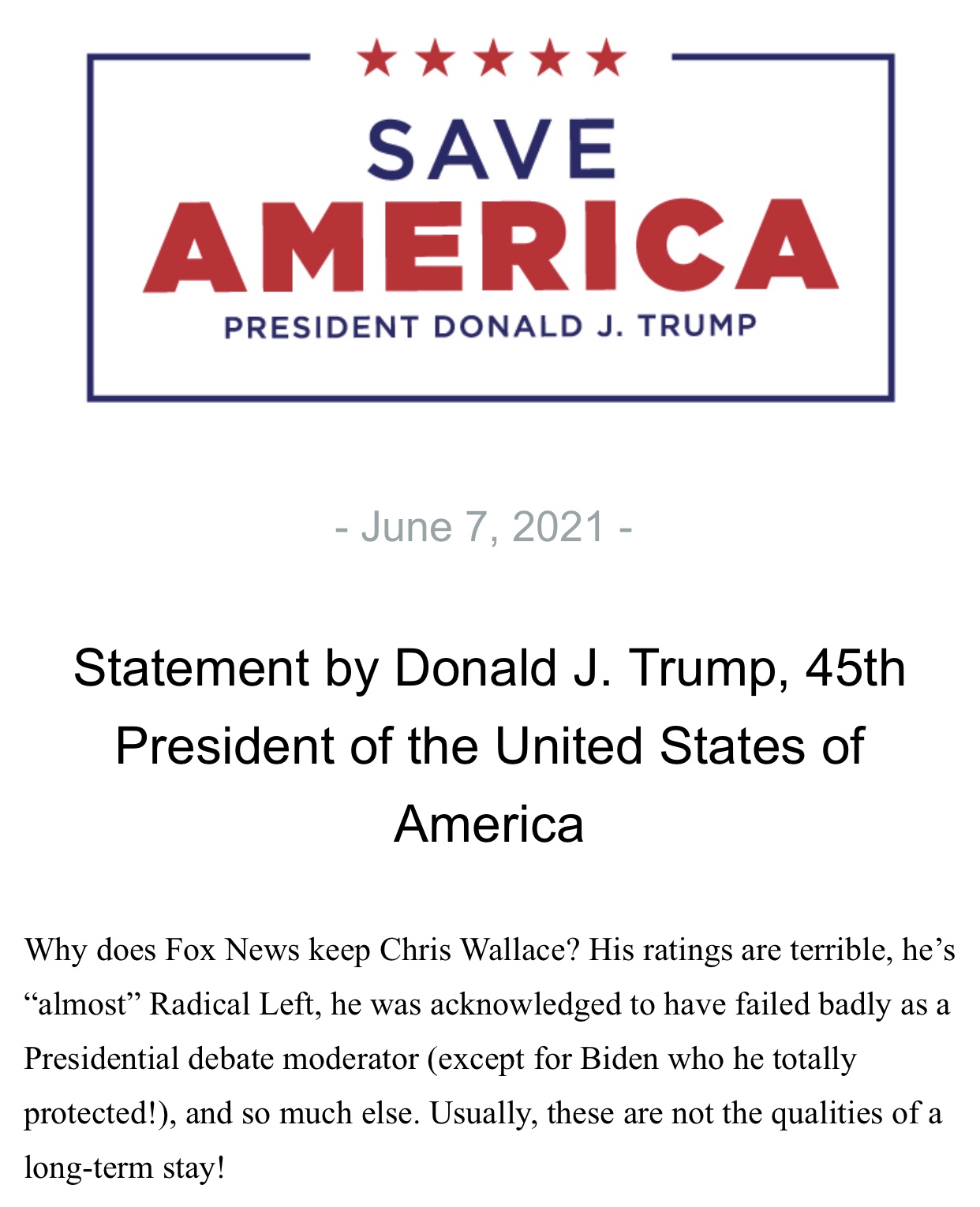 On Sunday, Wallace appeared irked over election integrity during a conversation with Corey Lewandowski.

Justin Baragona, contributing editor at left-wing The Daily Beast, claimed Lewandowski “whines about the media’s coverage of Trump’s attempts to overturn the election.” (However, it seemed the other way around– Wallace was doing the whining).

Chris Wallace pushes back after Corey Lewandowski whines about the media's coverage of Trump's attempts to overturn the election.

“You keep blaming this on the media. The fact of the matter is this went to more than 60 different court cases and you were beaten in every one." pic.twitter.com/QwgHJCqX1K

(Related: Chris Wallace Suggests Manchin Has ‘Empowered’ The GOP To Be ‘Obstructionists’ By Opposing Filibuster Reform)