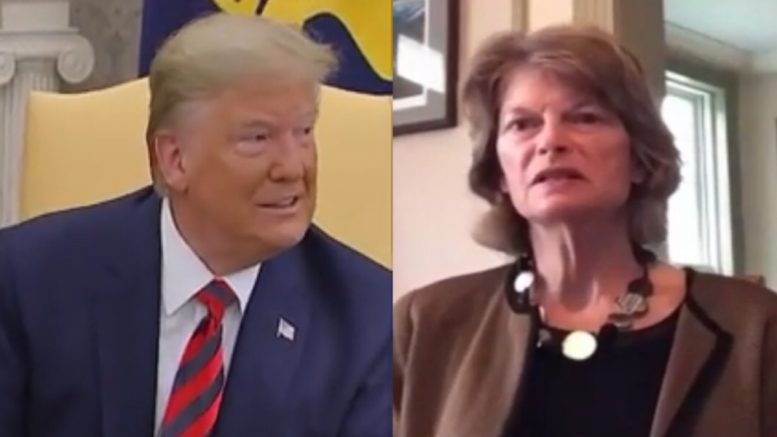 Sen. Lisa Murkowski is still weighing whether to run for a fourth full term, and she demurred Tuesday on a timeline for her decision. The Alaska Republican told reporters at the Capitol that she will make her final decision “when I make it,” Roll Call reported.

“I have been doing everything that a good incumbent does in terms of preserving my options, visiting with Alaskans, spending a lot of time, as much time on the ground as I can, and raising money,” Murkowski said.

“Great news for the Republican Party! Senator Lisa Murkowski said she is ‘still weighing whether she will run again’ for the Senate in Alaska. In other words, there is a chance that she won’t run! Wouldn’t that be great?” the 45th President asked Wednesday in his statement.

During an interview on Fox News Wednesday, Rep. Liz Cheney said she will not support Trump if he is the 2024 nominee and that his actions on January 6 was the “gravest violation of an oath of office by any president in American history.” Continued Below

Fox News anchor Neil Cavuto directly asked Rep. Cheney on Wednesday, “If Donald Trump were the 2024 nominee, would you support him?”

“I would not,” the Wyoming congresswoman said.

President Trump also said of Rep. Cheney in his statement Wednesday, “And so many people are looking to run against Crazy Liz Cheney—but we only want one. She is so far down in Wyoming polls that the only way she can win is numerous candidates running against her and splitting the vote. Hopefully, that won’t happen. I’ll make an Endorsement soon!” Video Below 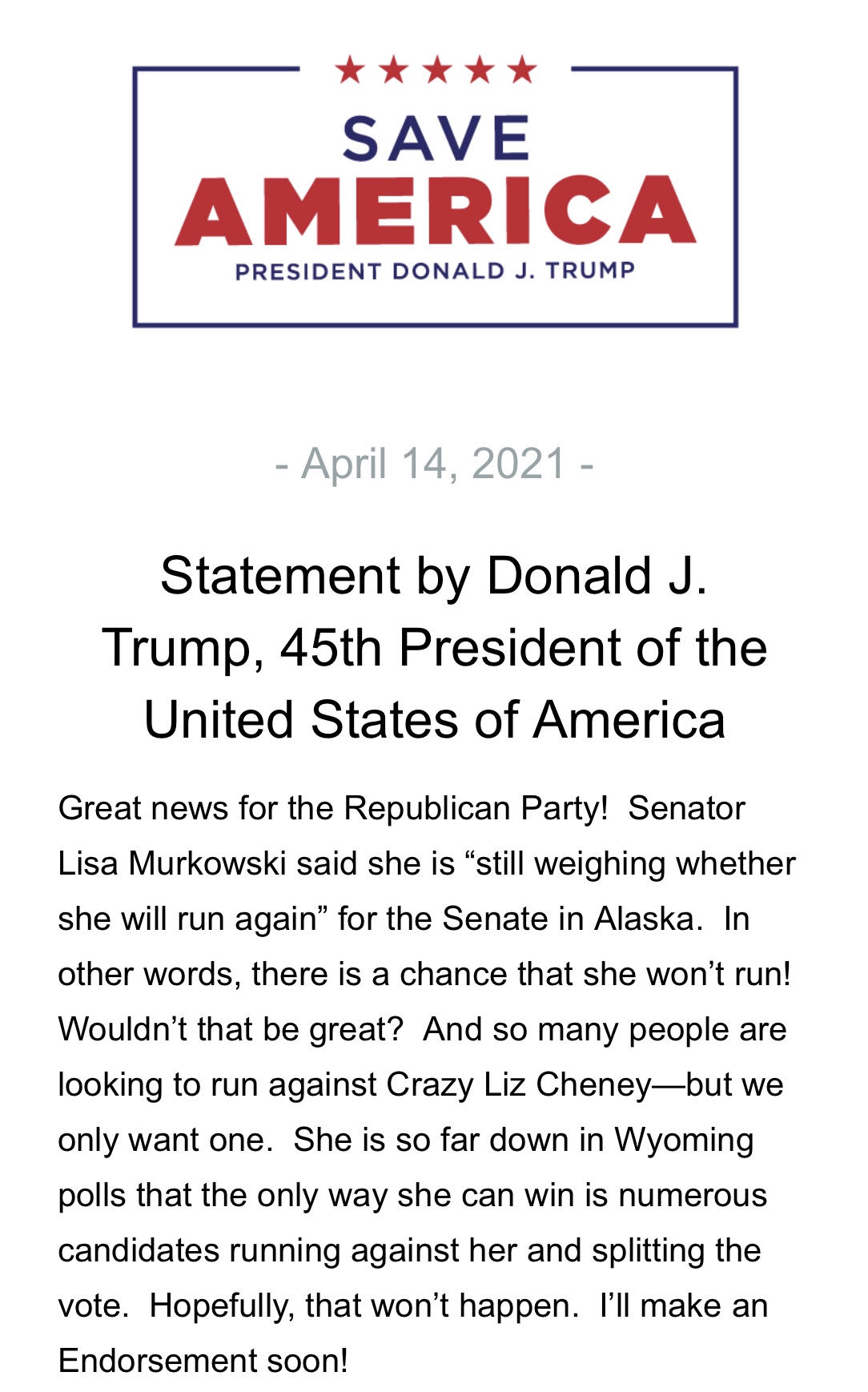 Rep. Liz Cheney said she will not support Trump if he is the 2024 nominee and that his actions on Jan. 6 was the "gravest violation of an oath of office by any president in American history." pic.twitter.com/nV7KdOs2ck

(Related: Trump Doubles Down Against RINOs In His Latest Statement, Energizes Supporters: “We Will WIN BIG!”)