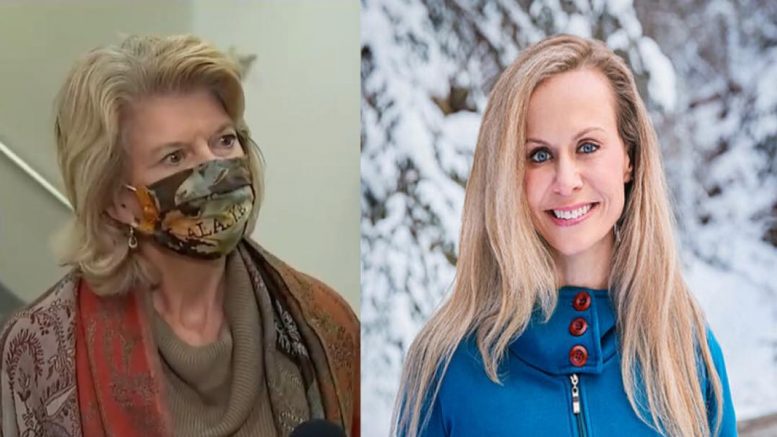 Kelly Tshibaka, Alaska’s Commissioner of Administration, announced in a press release Monday her candidacy for the United States Senate, setting up a 2022 Republican challenge to Senator Lisa Murkowski (R-AK).

“We know what Washington D.C. thinks about Alaska: We’re here for their benefit, and we won’t put up much of a fight. After nearly 20 years in D.C., Lisa Murkowski thinks the same way,” Tshibaka said in an announcement video released Monday morning. “But you know what? Nothing scares the D.C. political insiders more than the thought of a strong, independent Alaskan leader in their ranks. One they can’t bully. One they can’t control. One they can’t silence.”

Born and raised in Alaska, Tshibaka represents a new generation of Alaska conservatives, in stark contrast to Murkowski, who is best known for being a dependable vote for Democrats during almost two decades in the Senate. Tshibaka has spent her career exposing fraud and abuse in government and has been the Commissioner of Administration for Alaska Gov. Mike Dunleavy since January 2019. She thanked Gov. Dunleavy for the opportunity to serve the people of Alaska and has resigned from her position as Commissioner, the press release states.

Tshibaka is running to rebuild the Alaskan economy, to defend and rejuvenate small businesses, and to fight to protect the jobs of thousands of Alaskans in the energy industry, which is under assault by the leftists in Washington, D.C. She will be a strong voice in opposition to illegal immigration and will fight to preserve the 2nd Amendment to the U.S. Constitution. She will be an advocate for the military, coming from a family which has fought in major American conflicts from the Vietnam War to the Revolutionary War. Tshibaka is unapologetically pro-life, the press release said.

“I believe in a better future for Alaska. One we can rise up together and rebuild,” Tshibaka said. “I’m running for the Alaskans who believe government is of the people, by the people, and for the people. The D.C. insiders need to be held accountable to us.”

Murkowski literally inherited her seat in the Senate from her father, former Gov. Frank Murkowski, who appointed her to fill his own unexpired term in 2002 after he was elected governor. As a result, there has been a Murkowski in the Senate since the first year of the Reagan Administration. Lisa Murkowski has built a career on being a D.C. insider, caring more about her image in Washington than in what happens back home. Earlier this month, the Alaska Republican Party voted to censure Murkowski for her vote to convict President Donald J. Trump in his recent impeachment trial.

​Murkowski has worked against Alaska’s interests in many ways:

Tshibaka’s announcement comes weeks after former President Donald Trump vowed to target Murkowski in the 2022 midterm elections — promising to travel to Alaska to campaign against her.

“I will not be endorsing, under any circumstances, the failed candidate from the great State of Alaska, Lisa Murkowski. She represents her state badly and her country even worse. I do not know where other people will be next year, but I know where I will be — in Alaska campaigning against a disloyal and very bad Senator,” President Trump said in a statement to The Hill earlier in the month.

“Her vote to advance radical left democrat Deb Haaland for Secretary of the Interior is yet another example of Murkowski not standing up for Alaska,” the president expressed over her decision.

Moreover, in a pair of tweets last summer, President Trump had already expressed his intention to campaign against Murkowski, writing in part, “Few people know where they’ll be in two years from now, but I do, in the Great State of Alaska (which I love) campaigning against Senator Lisa Murkowski. … Get any candidate ready, good or bad, I don’t care, I’m endorsing. If you have a pulse, I’m with you!”

(Related: Trump Holds Firm On His Promise To Campaign Against ‘Disloyal And Very Bad Senator’ Murkowski)