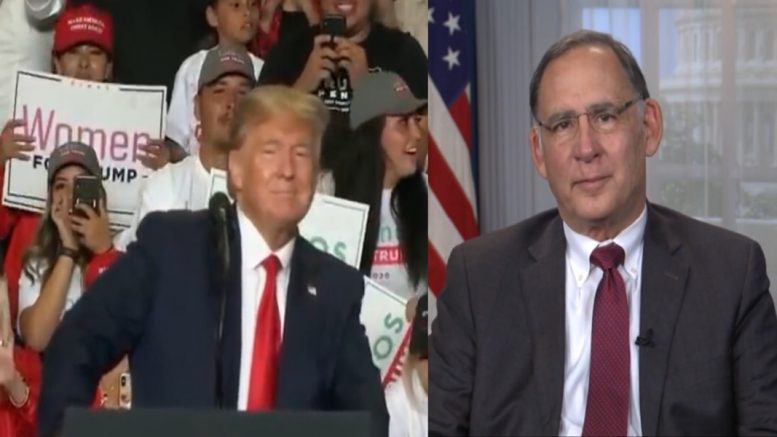 U.S. Senator John Boozman of Arkansas announced on Saturday that he plans to run for reelection for his U.S. Senate seat. Boozman was first elected to the U.S. Senate in 2010 after beating incumbent Democrat Blanche Lincoln, and won reelection in 2016 against former U.S. Attorney Conner Eldridge, 4029 News reported.

“Senator John Boozman is a great fighter for the people of Arkansas. He is tough on Crime, strong on the Border, a great supporter of our Military and our Vets, and fights for our farmers every day,” the 45th President expressed via email.

“He supports our Second Amendment and has my Complete and Total Endorsement!” Trump announced.

In a press release on Saturday, Senator Boozman pledged, “Now more than ever Arkansas needs strong, conservative leadership in Washington. I am proud to be that leader. As your senator, I will remain a tireless champion for Arkansas, our values and our freedoms.”

“As the son of an Air Force Master Sergeant, I will always have the backs of our veterans and service members. I proudly stand with our law enforcement, defend our Second Amendment rights, and oppose the Left’s radical agenda seeking to silence our voices and fundamentally change our way of life. I will continue fighting for Arkansas’s working families and small businesses; and my efforts to support our farmers, ranchers and rural communities will take a backseat to no one,” the Republican leader said. Continued Below

“I’m proud to be an Arkansan, and I’m extremely honored to represent the people of the Natural State — always seeking to use the power of elected office for good,” said Senator Boozman. “My focus has been and always will be on putting the people of Arkansas first, and as your United States Senator I will continue fighting and delivering for you.”

“Where necessary and appropriate, I will back primary rivals who espouse Making America Great Again and our policy of America First. We want brilliant, strong, thoughtful, and compassionate leadership,” President Trump said in a statement. Continued Below 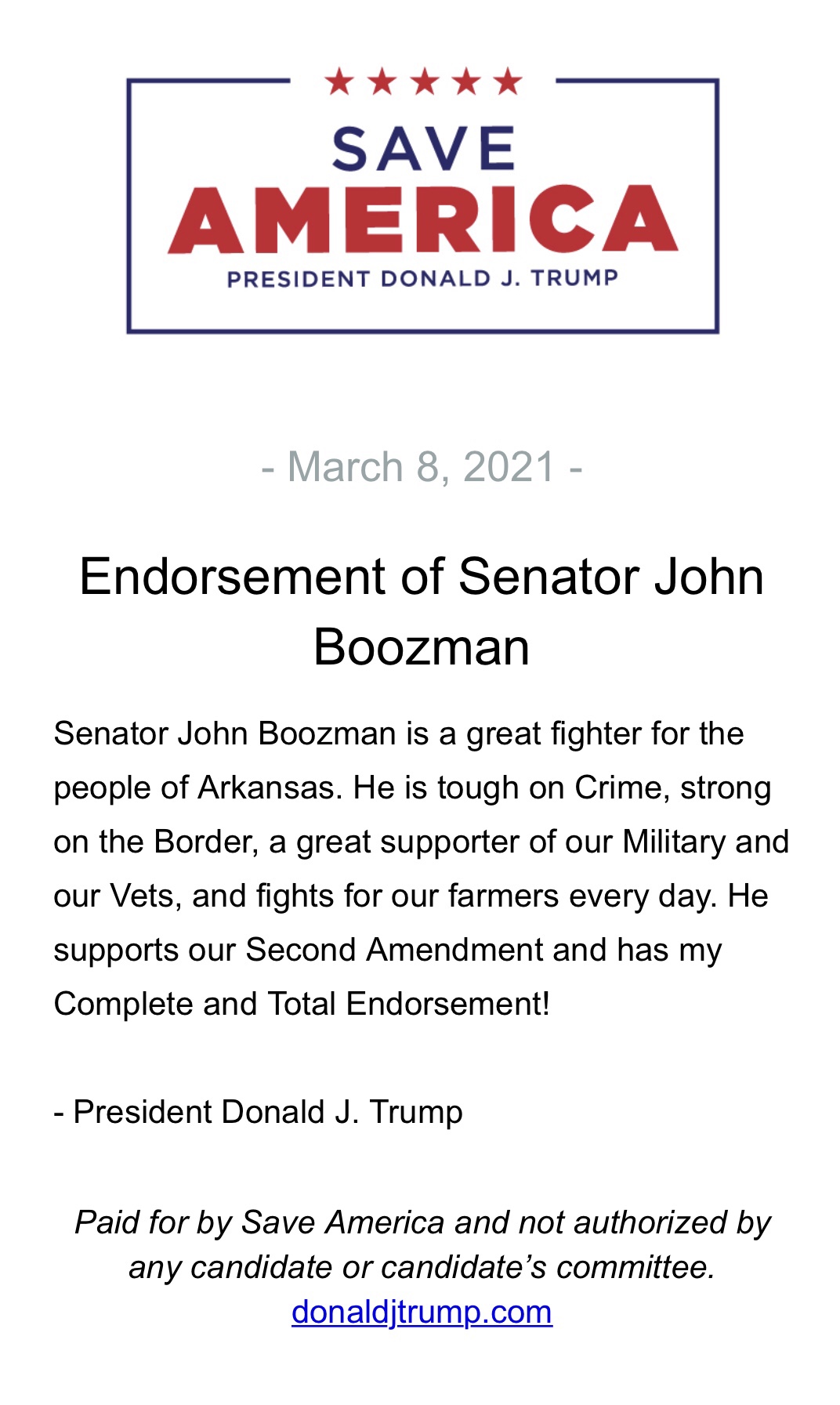 On Friday, Trump endorsed Henry McMaster, the governor of South Carolina since January 24, 2017, Lieutenant Governor, Tim Griffin, who is running for Attorney General in Arkansas, and also for Republican Senator Mike Crapo of Idaho.

(Related: Trump Holds Firm On His Promise To Campaign Against ‘Disloyal And Very Bad Senator’ Murkowski)