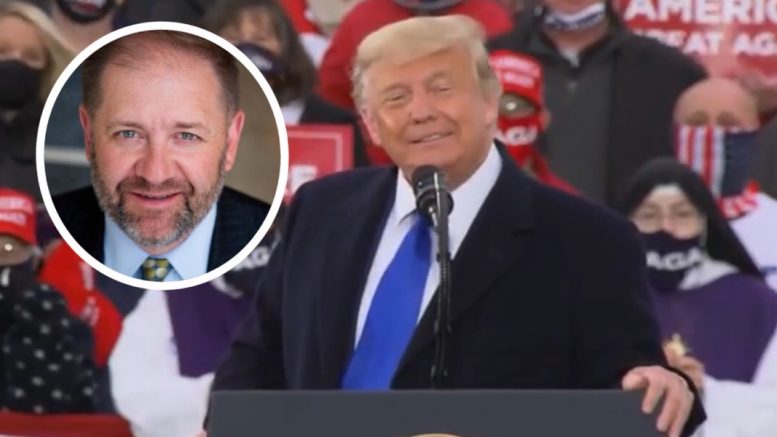 Former President Donald Trump announced his support Wednesday for former campaign adviser Bob Paduchik in the race to be the next chair of the Ohio Republican Party.

Paduchik, a GOP operative, was a senior adviser to Trump’s 2020 reelection bid and was the Ohio state director for his 2016 campaign, The Hill reported.

In a statement on Wednesday, the 45th President said:

Bob Paduchik is running for Chair of the Republican Party of Ohio. He successfully led my campaign in both 2016 and 2020, having even more success the second time around.

He is outstanding in every way, and I give him my full and complete endorsement.

Bob loves our country and the Great State of Ohio. He will be an outstanding Chairman. Continued Below 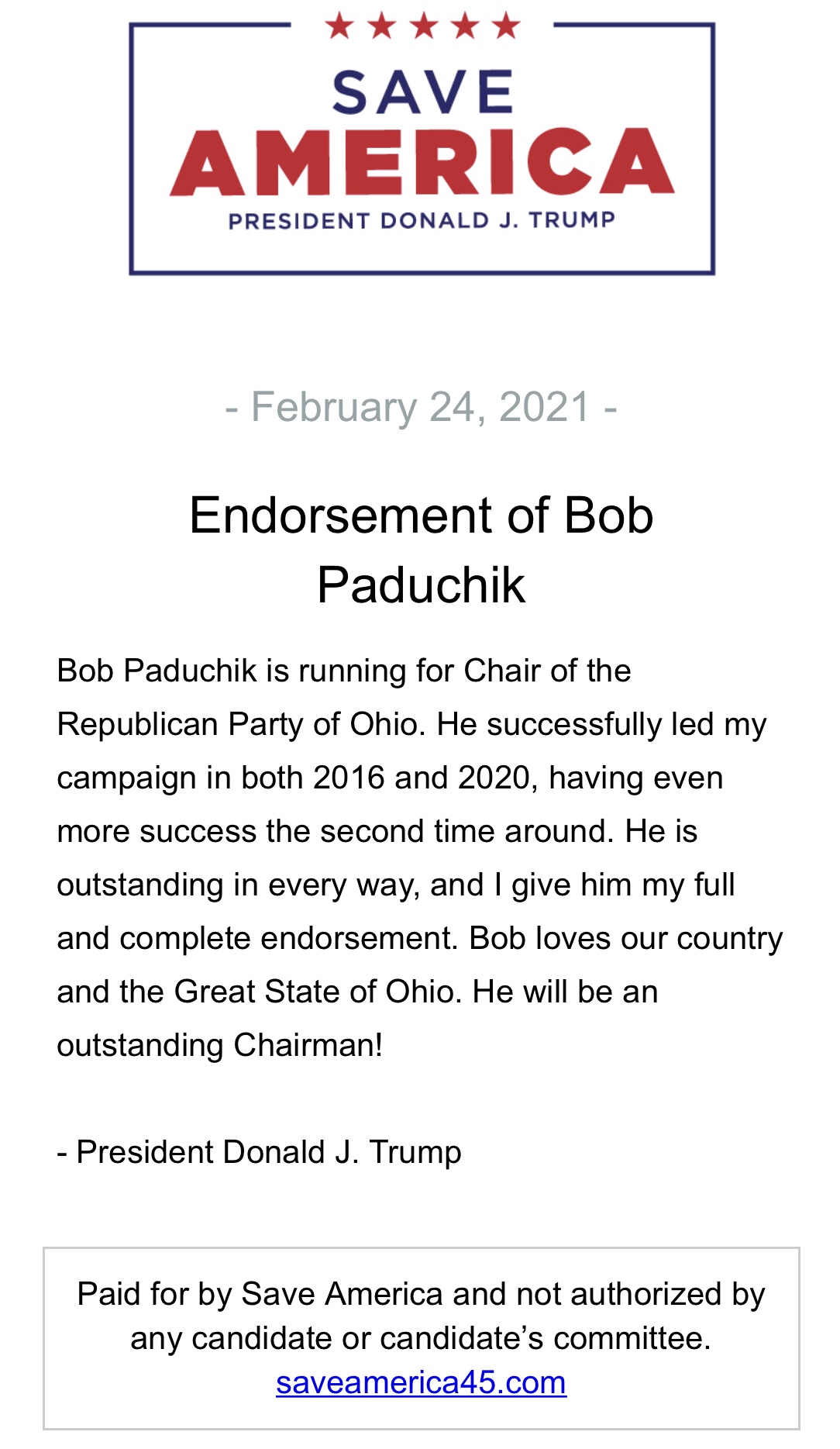 However, Trump also warned sitting Republican lawmakers that he could back primary challengers if he deems them to be insufficiently loyal. Continued Below

“Where necessary and appropriate, I will back primary rivals who espouse Making America Great Again and our policy of America First. We want brilliant, strong, thoughtful, and compassionate leadership,” Trump said in a statement earlier this month.

Paduchik is running to chair the Ohio GOP after former Chairperson Jane Timken vacated the job to run for the Senate seat Sen. Rob Portman (R) is vacating. An endorsement from Trump can go a long way in the Buckeye State, which the former president won by 8 points in both 2016 and 2020, as per The Hill.