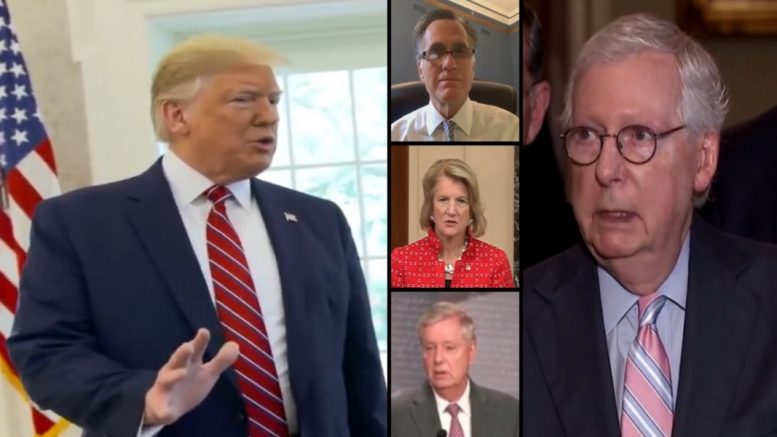 45th President Donald J. Trump issued a statement via email from his “Save America” PAC Friday following Senate Republicans voting on Wednesday evening to take up debate over what Trump previously had called a “so-called bipartisan bill on ‘infrastructure’“.

Trump called out the “RINOs” in the Senate and wondered why they are “so desperate to push bad, Radical Leftist policies?”

The RINOs in the Senate are delivering a big win by caving to the Radical Democrats on infrastructure. Once they pass this bill out of the Senate, it will sit in the House until they get steamrolled by the biggest government expansion in a generation.

Nancy Pelosi has said NO INFRASTRUCTURE until they get everything else. Infrastructure is just a “carrot” for a massive socialist expansion.

Why are RINOs so desperate to push bad, Radical Leftist policies? And at the same time give a big win to the Democrats. Continued Below

They will be forced to give up some of the incredible tax cuts gotten during the Trump Administration, one of its many hallmarks.

This is bad legislation and politically irresponsible. The Democrats will use it to show they can get anything they want from the Republicans.

President Trump’s remarks come after lawmakers voted 67-32 to greenlight a debate on the infrastructure deal. Continued Below

Prior to Wednesday’s vote, the 45th President had pushed Republicans to reject the deal with Democrats, saying that the compromise is “a loser for the USA, a terrible deal, and makes the Republicans look weak, foolish, and dumb.”

“It shouldn’t be done,” he said. “It sets an easy glidepath for Dems to then get beyond what anyone thought was possible in future legislation. … Don’t do it Republicans—Patriots will never forget!  If this deal happens, lots of primaries will be coming your way!” 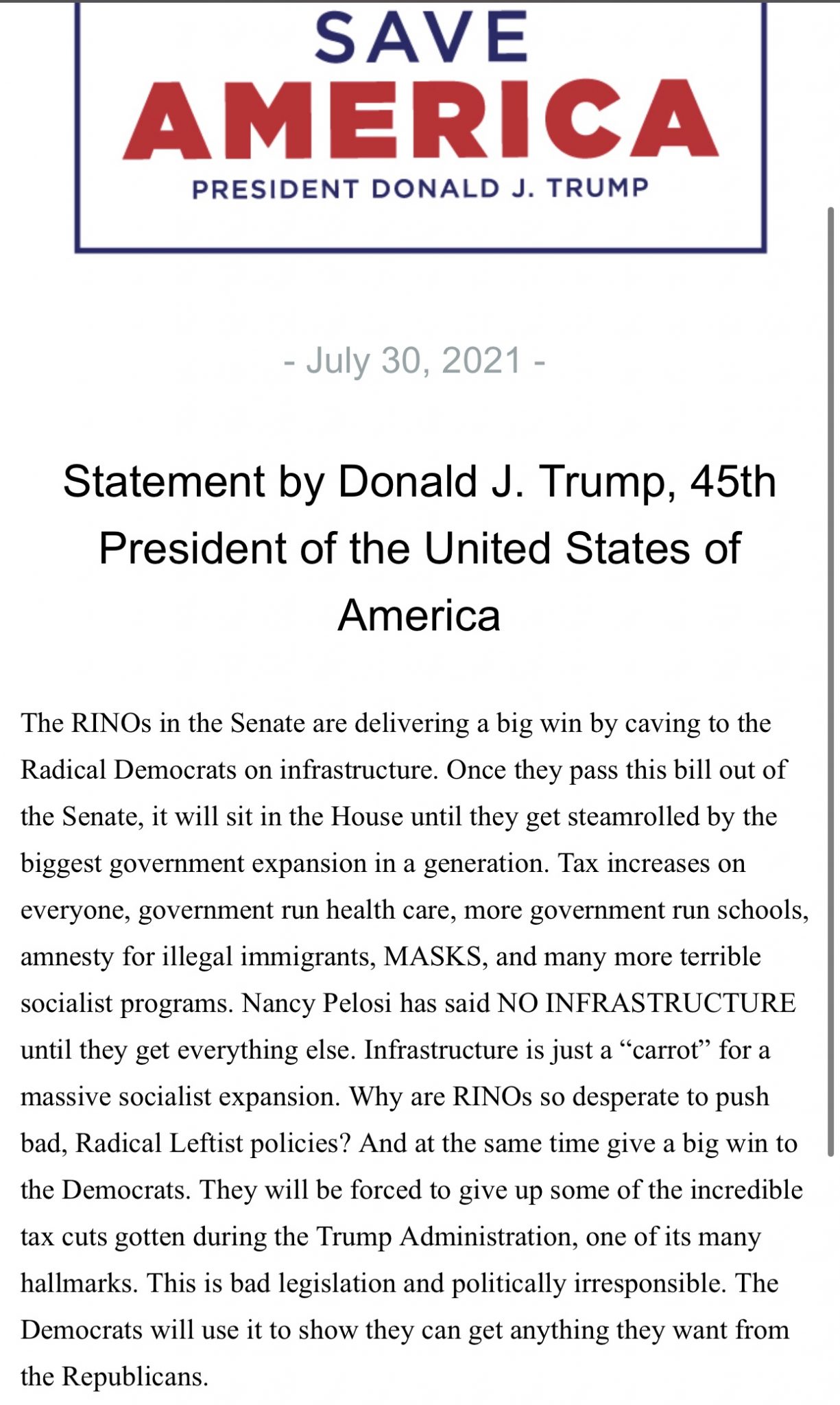 President Trump Has Flipped The 9th Circuit Court After Naming 10 Judges, Sending A ‘Shock Wave Through The System’