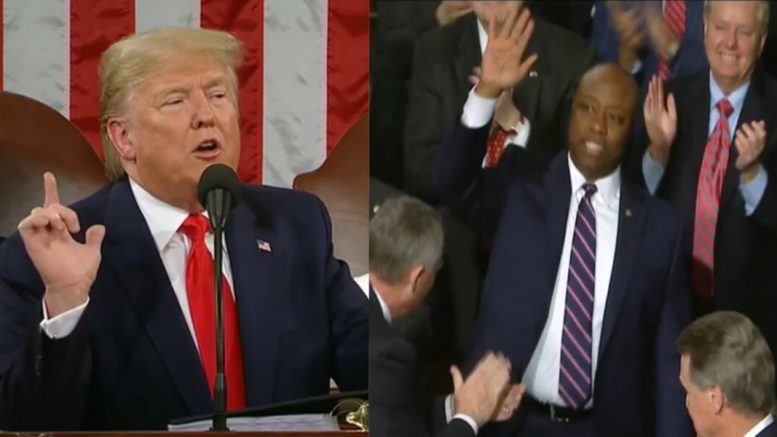 Trump’s endorsement is the latest sign he intends to be active in GOP politics going forward. The former president’s seal of approval is an enormous benefit for Republicans seeking office, both in terms of fundraising and in generating enthusiasm, reported The Hill.

“It is my great honor to give Senator Tim Scott of South Carolina my Complete and Total Endorsement,” the 45th President announced.

“He is both an outstanding Senator and person who works tirelessly for the people of his great state, and the USA. Strong on the Military, Law Enforcement, loves our Vets, protects our Second Amendment and our Borders. Tim will continue to do an OUTSTANDING job for our country!” Trump said in a statement.

Scott, a Charleston Republican facing re-election in 2022, worked closely with Trump on a number of issues during the former president’s term in office.

Scott’s “opportunity zones,” a program that would allow states to identify economically disadvantaged communities and would provide investors a tax incentive to go into those areas, was included in Trump’s major tax reform bill that passed in 2017, reported The State. Continued Below

The Senate’s sole Black Republican, Scott also was instrumental in crafting Trump’s criminal justice reform plan. The bill addressed a number of areas of reform for police departments, including encouraging law enforcement agencies to end practicing things like chokeholds and no-knock warrants, per The State. 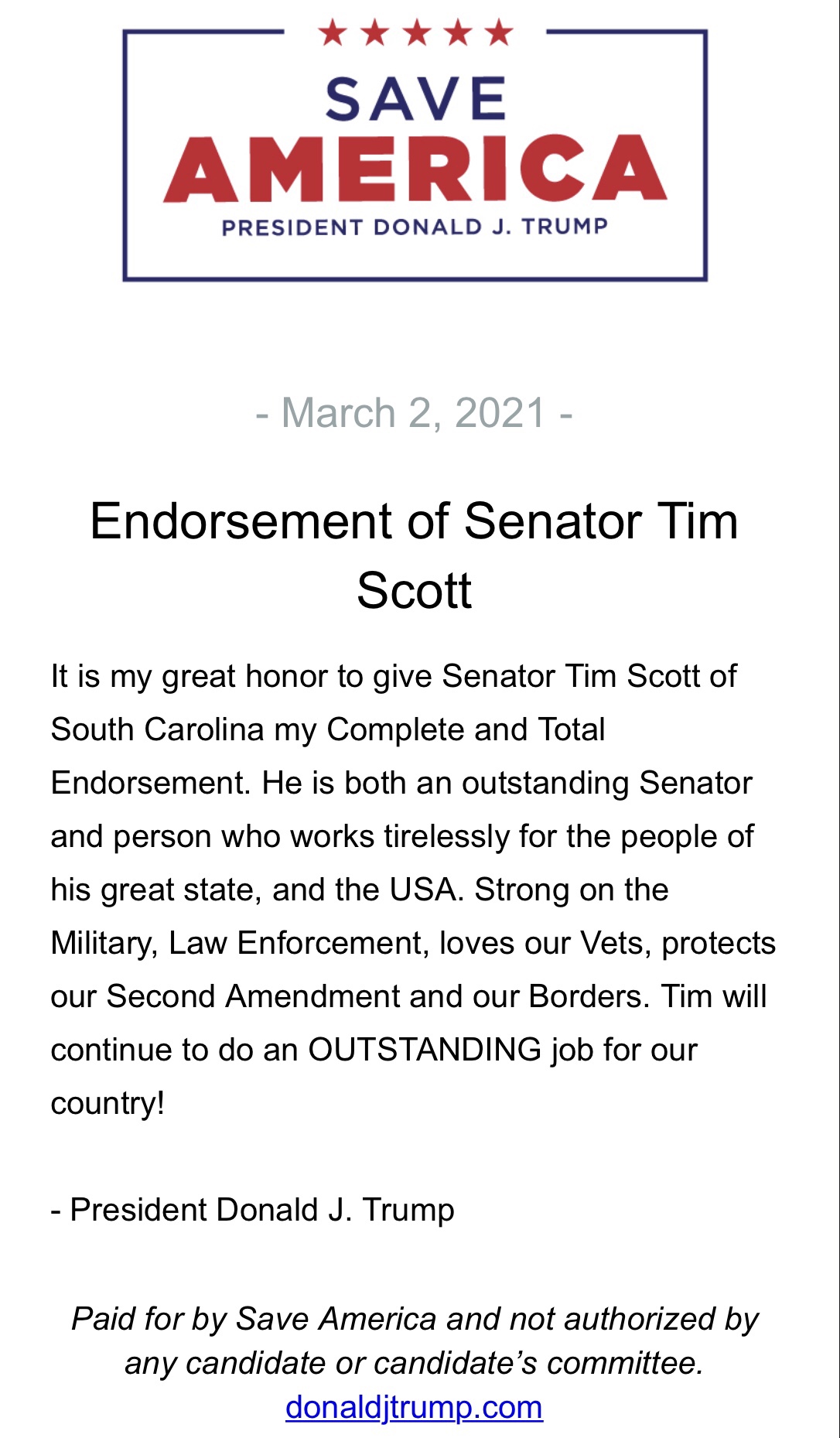